You are here: Home / Childhood and Kids / Summer Vacations 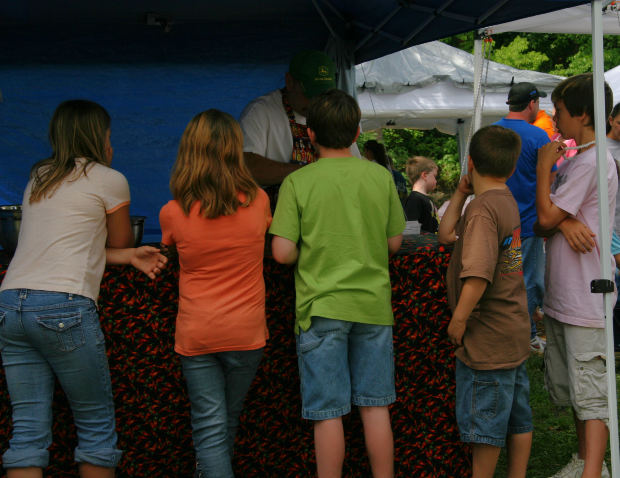 The beginning of vacations always brings enthusiasm in kids. No more school, surprise tests and of course waking up early in the morning!!

Utsav had planned to watch lots of cartoons, play football, sleep , eat and of course do no studies!!! But this routine was also becoming a bit boring for this twelve-year kid .He had no plans of holidaying outside Delhi. One day, grumpy Utsav told his mother that he was getting bored sitting in home. His mother was quick to tell him to go back to his studies. Utsav gave a vexatious look to his mother and asked his father if they had any plan to go out on a trip for few days.

His father fumed and asked him to read the newspaper. He showed him how heat wave was killing people and drought around Delhi was harming the farmers and their crops. The crime rate was at the highest. Utsav understood the underline message of his parents that they were not going anywhere!! Frustrated Utsav went out and discussed what his father told him with his other four friends who were in the same situation in the home. The gang of friends was disheartened.

If this is the case then how can we enjoy our summer vacations, wondered Utsav aloud?

Sia was also worried as she had to make a whole presentation on what she did in summers for the English homework and she had nothing to say yet.

Ravi and Reema were also in the same boat !

They were loudly discussing all this while sitting on the stairs of the ground floor of the society. This house was owned by a retired army man who by now was listening to these sad kids. He smiled and invited the kids to his home. Once inside he asked the kids why they were not playing and sitting with grumpy faces.

Just one question and the list of complaints from all the four kids started pouring. The old man kept on listening to them patiently and when they had finished speaking, he smiled and said that reading newspaper is good. It brings awareness to the issues happening in the society we live.

Reema started making faces which were noticed by the old man. He stood and brought a newspaper from his other room. He said the first scary news is the drought in some places.

Utsav intervened and said what will we do by being aware of this Uncle!

The old man smiled and questioned him why can’t you and your gang spread awareness on this and stop the wastage of water. You can start this within your colony.

Little Reema enthusiastically asked how can we do that uncle.

The old man laughingly told them , by being an asset to your country!
Sia being little attached to glamor said but the country is big. I mean how can we have our pictures in newspaper
The old man laughed and said haven’t you heard of the old saying “ Charity begins at home”. To be an asset to your country you have to change yourself and your surroundings and if you are successful in spreading the change, who knows your pictures are splashed in the newspapers.

Everyone’s eyes twinkled and they asked the old man but how and what can we do uncle.

Today’s top news is that many cities are facing drought and we need to save water as much as we can. You kids can take the initiative of bringing awareness within the society so that these people stop wasting water!!

Little Reema was sad and responded as if they will listen to us ! Utsav happily said why not, we love surfing the net. Let’s search how we can save water. Sia intervened and said yes and we can create little handmade posters and ask people to save water.

The old man saw how they all got together and started working on the project and the smile and happiness which was missing a minute back was back with their new assignment .

Soon four of them together created little drawings in which it showed how we can save water and they went to each and everyone around the society and asked them to save water. Some people appreciated the efforts of the kids but some reached their respective houses to fight. This lowered their self-esteem and once again they all knocked the old man’s house with a grouchy look.

The old man said people will support and people will not support but don’t give up. Look at the majority of people who reached your place appreciating your efforts.
But what else we can do now?

Well, the old man looked around and saw a stray dog running after a small kid . He immediately said look at these stray dogs. What if they bite someone. What do you think you can do for them.

But dogs are good uncle they don’t bite just like that said, Ravi.
Yes, my dear but for that, it is also necessary that they are vaccinated. Why don’t you talk to the Vet about it

Now this one was kid’s favorite task as they all had dogs at home except Reema. They all decided to raise funds for the dogs to get them vaccinated this time. Their parents supported them and also spoke to the nearby vet to give them some discount. With the help of the vet and their parents, they managed to get their society stray dogs vaccinated.

Soon the Colony association which included the old retired army man asked these four kids to share their idea on how they could keep the streets clean from doggy poo . This made kids feel special and they flourished their ideas to them

They asked them to speak to the sweepers to come at 9 am instead of 5 am. They all decided to volunteer Dog walks for those who could not wake up early.

The association liked the idea and soon the circular was out. Now the kids were noticed by kids of other societies too and soon the four were joined by many kids who decided to take care of these things in their respective societies.

The kids were happy as every day they had something new to do.And they knew they were creating a huge difference. Soon the heat wave was becoming unbearable and Ravi overheard his parents talking about it.This made him called Utsav and his gang for an urgent meeting.

The heat wave is getting unbearable for us humans as well as for animals and birds. What should we do to help in this? They all set up a meeting with other society kids and one of them came with an idea to buy clay pots from the funds and keep outside the houses so that the birds and dogs could have cold water to drink and food every day. They also thought of buying clay pitchers and keep it at the society gate for passers-by.

As they started working on the project heat wave they also searched the net to check on precautions. Soon tiny handmade posters were given to people of what they should be doing.

From the funds, they started making lemon water in big bottles for those poor people who visited their society for selling door to door things.

No wonder they received blessings from the nearby street vendors and sales people around.

Utsav and gang started enjoying all these charity work when something happened which scared them. They saw people fighting on the road for parking brutally and they didn’t know what to do.

They went back to the old man house and the old man asked them to meet their respective society heads and bring that to their notice.

They all helped the society head to create reserved parking space inside and outside the society and painted car numbers from their watercolors that was so much appreciated by everyone.

They all were happy when they noticed the dirty wall of their park. While playing there they asked the gardener to get it painted,to which he simply fumed that it was a Government Park and he could do nothing. Utsav along with his four friend and other society kids brought the color spray from the remaining funds and made the wall look so colorful.

Now these kids were in the limelight and a local journalist spotted them working on many social issues. He took their photographs and wrote an article on them in his local newspaper. Seeing her photograph on the front page made Sia so happy. it was her dream come true. By that time summer vacation was over and they all had wonderful adventures and experiences to tell their school friends. Also article on them in the newspaper was a big show off but hey this doesn’t end here they created time for the social issues and made sure that their society remains clean and hygienic. The parents were so happy and thankful to the old man for guiding their children in a positive way. And the vacation which was becoming so boring at one time become so memorable for everyone.