You are here: Home / Childhood and Kids / 40 Rupees – Short Story for Children 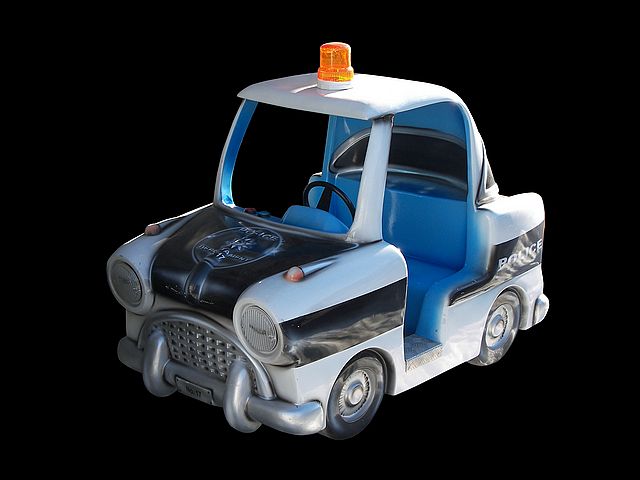 I just BLANKED OUT in that situation, and my whole body was shivering. I experienced blend of panic and felicity. I had been dreaming about the day like that. But when it arrived, what did I do?

I don’t remember exactly how old I was when this incident happened. Probably I was 10 years old. My school was located quite far from my home, around 1 or 2 kilometers. I had to walk daily to reach the school. On the way, I had to cross the (old) bus stand before reaching school. During lunch time, I used to go back to home and have lunch and return.

That time, I was very interested on toys like small motor cars, helicopters etc. My parents were not ready to buy those kinds of toys because of the price. I used to dream about like playing with varieties of toys. I was thinking like ones I get a good job and having my own money then I can buy all these kind of toys from all around the world.

In the afternoon after having lunch, my mother gives daily 25 paisa so that I can buy road side food in school. Some time, I keep all 25 paisas and make it as one rupee and watch a movie. If some relatives come to my home, than they used to give 2 to 4 rupees. That is maximum money that I had at any time.

One day I was returning from home after having my lunch, I was about to cross the bus stand then I saw that. A 20 rupee note folded on the ground. It didn’t take much time for me to recognize that it is a 20 rupee note. I took it and I kept it in my pocket. While keeping I felt, that is not one note, actually two 20 rupee notes. That means total 40 Rupees.

For sometime, I BLANKED OUT. My whole body was shivering. I experienced blend of panic and felicity. I looked around; nobody noticed me taking that money. My legs were not moving towards school. I decided not to go school. I was just walking on roads. I might have checked my pocket 100 times, to see if I really had that money. Slowly after 10 Mins of the walk, I started thinking. What I’ve to do with this money? Can I go back and give it to my mummy? No way, she will take everything and gives me 1 rupee. Then what to do? Though I had seen many notes like this before, but those are not mine. This is totally mine, 40 Rupees. Oh my god how blessed I’m today. I can do many things with this money. Those were my thoughts.

First appropriate thought that came to my mind after blank period was to buy some toys. OK! Let’s go to one of the famous toy shop in my town I thought. I walked all the way to that shop. I went inside; there were so many toys. I inquired the price of few motor cars; the shop guy looked at me from top to bottom and told those were very costly. I asked how much it was, he said one was 20 rupees, and another was 35 rupees. I was happy; defiantly I can afford to buy one car. Shop guy thought I was thinking, so he showed some other cheap plastic toys, and asking me if I’m interested in those. I got angry; I checked my pocket one more time. I can feel the money; I was about to remove that money to buy. But I just thought what if this shop guy thinks after seeing this much money. What if he doesn’t believe that this money is mine? It is better if I come with my friend, so I would have some company to say that this is mine. I told to shop keeper that I was actually inquiring for my friend. Me and my friend will come here after some time and to buy it. Shop guy smiled at me, and he gave a look like I never buy it. I returned from that shop, and I decided to buy 20 rupees car ones I meet my friend.

My friend was also in the same school, but different section. I thought of going school after school hours, so mean while I was roaming streets thinking what to buy with remaining 20 rupees. When the school time got over, I went to school and, I took my bag and met my friend. He was inquiring why I didn’t come to school as he looked for me during the break. I took him to side and whispered whole story in his ear. First he was surprised. He didn’t believe; I asked him to keep his hand on my pocket, and he noticed some folded notes were inside. He asked again how much it was. I whispered him “40 Rupees”. He asked OK, let’s keep this with us. We can use it to watch movies. I said no. First I’m planning to buy a car toy, I told. After arguing some time, we both agreed to buy a car first then remaining 20 rupees to spend for movies. We started going to that shop.

After some time, we reached shop. Same shop guy was there. He was astonished after seeing me, because he was not expecting me. I was happy that I was going to buy that toy car. I showed the car to my friend. He once again asked shop guy about price. He said 20 rupees, he was trying to bargain. But shop guy not agreed to reduce even one rupee.

My friend asked him to pack it. He took that car out. I touched it with my hand. I was very happy, in a moment I can play with it. After packing shop guy had asked money. I had put my hand in my pocket and removed it. I shocked to see what I got in my hand. It was not two 20 rupee notes. It was my leave letter; I kept it in my pocket couple of days back when I was not feeling well. I thought of giving that to my teacher, but I forgot. I quickly checked my other pocket; the other pocket had a HOLE in it. Nothing was there inside. I searched several times looking for money, but it was vain. My friend reacted quickly and told to shop guy that we had lost money. He asked us to go back to our way to search for it , If we were lucky we could find it.

We left the shop. I was still in shock. I did not understand what happened. My friend asked me whether I really found that money on road. I said yes; then he asked me to which pocket did I kept it. Then I realized; I actually kept it in my right pocket which had a HOLE. It might have dropped somewhere. But so far I was checking my left pocket and thinking my leave letter as 20 rupee notes. We went to the bus stop area and searched again, no luck we didn’t find it.

We tired of searching it. We sat in front of a shop. My friend started laughing, after some time I also joined him. I didn’t lose anything except half day school. We started going back to our house, on the way we were talking about where did that 40 rupees missed, who might have found it. It was really mystery that I don’t know where did I missed it.