You are here: Home / Childhood and Kids / Fireworks 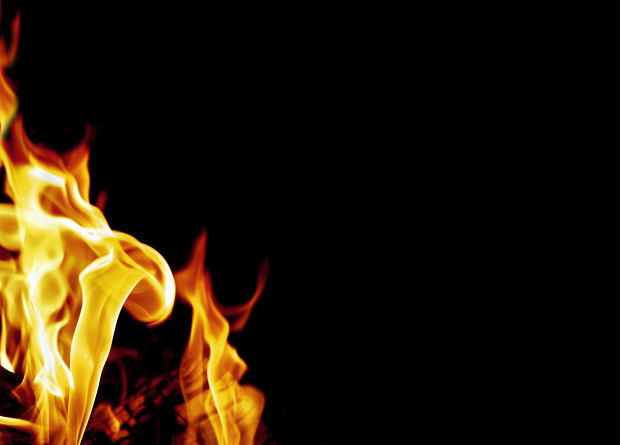 “Manu…Manu.”, cried a devastated looking lady. She ran towards the open door. But she stopped short and covered her eyes with her arms, as, like a final full stop to the last one minute’s terror, another blast rocked her. Something warm and sticky hit her and she opened her eyes, her vision blurry into what hit her… and started screaming in mortal horror. It was small little hand she knew very well.

“When will he arrive?” asked a cute little boy to his mother, who was sitting nearby, smiling.

“Soon Manu, have patience.” She told.

Manu looked into his mother’s sharp features and deep black hair which matched her eyes. Then he turned his attention back to the window while at the same time one of his hands smoothly rubbed his chin. Manu was five years old, his parents only son and second child. He liked all of his relations and enjoyed playing especially with his sister. Currently he was looking forward for his father who had gone to buy him an advance present for his birthday a few weeks away.

He had been sitting there for nearly one hour then and just as his patience was about to wear off and he fall asleep, he saw a flash of red up his driveway. He immediately jumped into total attention as he spotted his father’s red Swift car enter onto the driveway and onto the garage.

“He has reached.” Manu turned and screeched to his mother. Then with eyes sparkling he ran to the front door. His father was just coming up to the first step.

“Hi Manu.” his father smiled and waved, one hand behind his back.

“Where is what Manu?” asked his father looking confused.

“My present”, he waved the answer with irritation and chuckled as if everyone else was missing some inside joke.

“Oh… that.” His father smiled and brought his hidden hand to Manu’s view. In it dangled a huge and bulky plastic cover, clearly full of something.

“Give it to me… give it” Manu chuckled and tried in vain to reach the packet in his father’s outstretched arms.

Manu turned around and started sniffing, fell onto the floor and broke into full fledged crying.

“Okay…okay. Here it is. But you can only see it. No touches.” His father sat down onto the floor and Manu ran to him, a chuckle erupting from his face. As if to punctuate this point, his sister came out to watch.

Setting the cover onto the floor, and speaking in a whisper as if revealing an age long secret, he said, “Long long ago, this was one of man’s most amusing means of entertainment.” He slowly, deliberately, started opening the packet. Blazing colors met Manu’s fun-filled eyes.

Inside the cover was a minimum of three dozen packages and all were filled with crackers of various sizes and shapes, of various colors, of various levels of excitement. There were even three mini bombs.

His father stood up and smiled as he soothed his own jacket. Then looking at his wife he said “As Manu’s birthday and this year’s Diwali coincide, I decided to buy the presents early. They were cheap and easy to get, unlike last year’s, last minute rush hour shopping.” He said the last eight words with a distant disgust.

“Can we burst them now?” Manu asked, jumping into his father’s hands and covering his face with wet kisses of delight.

“No… No… Manu. No we can’t burst them now. The neighbors will think we are mad. We will burst it on Diwali.” Then putting Manu down, his father took the plastic cover and handed it to his wife, “Keep it somewhere safe”

Manu’s mother went inside and Manu followed her, running happily and chuckling, flashing his white teeth. He saw his mother put it on the storage self.

“Yay…yay” Manu couldn’t control his own happiness. His house was full of people, neighbors, relatives and friends. He was bursting and bubbling with pure pleasure. He had new clothes on and had had very fabulous dishes for all his meals. And there were also many sweets just for him. And a few hours before, he had cut his birthday cake. He ran hither and thither as adults rushed along, charging past them, running aimlessly, blissfully.

Fifteen minutes. That was the dead line Manu had set for his father before taking out the crackers. Manu ran into the kitchen.

“Mom… mom. Are there any more sweets left”, he asked, flashing his teeth.

“Go and play Manu. Can’t you see I am busy?” His mom replied, busy with cooking dinner.

“Holly Aunty, is fifteen minutes over?” he asked a lady nearby.

“Yes my boy, Yes.” She said playfully and went back to work.

Manu ran to his father’s room. He knew that his father’s lighter would be on his desk. He quickly took it into his hands. The storage might be dark. Nobody noticed as Manu quietly slipped into the storage. Just as he had expected, it was dark inside. He lit the lighter. The room got illuminated in the dull light.

“There you are.” Manu said to himself as he spotted the crackers. But it was well out of his reach. Manu looked around for a way to reach it. He saw a big stack rags in one corner.

Using one hand, huffing and puffing, Manu dragged them underneath the shelf.

It was a bundle of the rags that the servant used to lubricate Manu’s tricycle. Holding the lighter in his one hand, Manu reached for the packet. He stretched and stretched.

And finally he reached it. The he gave huge pull. It came crashing down beside him.

Manu got down from the heap of rags, his lighter still lighted. He sat down near the crackers to admire them again. He delicately pulled one out and examined it, but it was rather uncomfortable, using only one hand.

“I’ll set it down.” Manu thought and he put the lighter at the very top of the rags, sticking it up in a vertical position. He then started examining delicately each and every cracker. He didn’t see the lighter slowly, lean, lean faster and finally fall down. He didn’t realize what had happened when suddenly a ball of flame erupted behind him. He didn’t know what happened when everything started exploding around him. He only vaguely saw his mother taking him into the car, weeping, before the world was engulfed in darkness.

Manu opened his eyes. It was very painful. His body seemed to burn. A lone tear escaped Manu’s eyes. He saw his mother dozing nearby. Then he looked at himself. Something was missing. Then he saw  it out of his left eye. His right hand  refused to work.

Then he saw something on the table. The lone piece of cracker wrapping which had escaped the hell in his house’s storage. And it held some words. Like a
message from God himself.

“Keep Safe out of Children’s Reach”