You are here: Home / Childhood and Kids / Mission Impossible 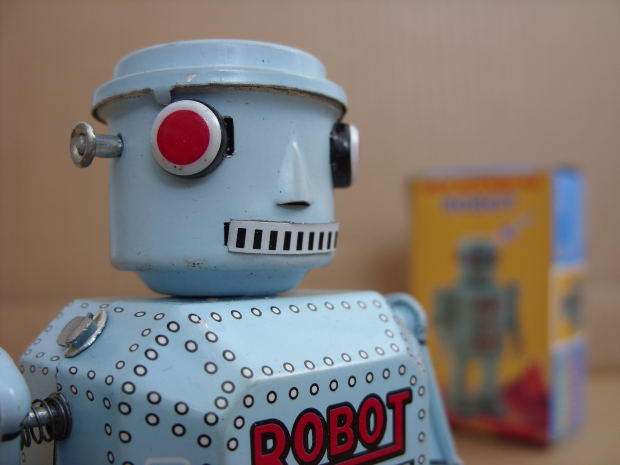 Ram went inside the room silently with bag in his hand, the clock was ringing and it was around 11:30 PM midnight. He silently locked the door and took the bag on his bed and switched on the bed lamp. He slowly opened the bag and took the laptop.

He was excited very much, he switched on the laptop slowly, the usual Windows OS logo and with the usual sound the laptop boots. He pressed the start button, immediately he was shocked and he could see the laptop was undergoing a transformation and then it converted into a small robot with small robotic gun in his hand.

Robot started speaking, “Don’t worry my friend Ram I had came here for a mission that needs to be accomplished one and only by you Ram. I will help you out and guide you to finish this mission”

Ram was blinking and he was shocked and he could not able to realize what is happening. Ram immediately nodded his head, now Robot after his transformation to laptop asked Ram to type the URL, killterrorist.com and then rest of the action will be taken care.

Ram was sitting very silently and had a look at his mom and dad photo. He was mentally and physically prepared for the mission , he typed the URL, the moment he typed, he found some force was surrounded by him like a “TWISTER” and it was rotating in the speed of light and then it traverse through the laptop, finally Ram opened his eyes he finds something his body is getting shaked, then he realize that he was in a fast moving bullet train, and he was loaded with bombs, AK47, knife, short guns, he then started moving from one compartment to other, the train was almost empty, immediately he got the instruction from his earphone

Ram started moving very fastly one by one compartment, he reached the 20th compartment he took his silencer gun and shoots the three terrorist in that compartment. Immediately he hear the instruction from his ear phone

“ Well Done RAM, you saved the passenger, move to compartment 25 and you can find lot of terrorist inside the compartment and above that FINISH THEM OFF”

RAM was screaming with loud noise and he falls down from the train to the river, with raising his one hand for help…….

Immediately he finds someone had lend their hand to lift him up and carried his entire body, and he heard that someone is calling… RAM.. .RAM… RAM…… what happened to you.

Slowly RAM opened his eyes his mother carried him in her hand, as RAM had fallen from the bed with his one hand raising and shouting.

RAM’s Mother stared at him and said-” I told you to sleep early at night and don’t sit before the laptop for very long time. See now what happens. I don’t know what is special in that Online Robot game, you’re always playing that in the laptop first delete that game and get ready for school, it’s already late.”

RAM with blinking eyes looks at the laptop on the bed……..