You are here: Home / Childhood and Kids / THE TRAIN RIDE 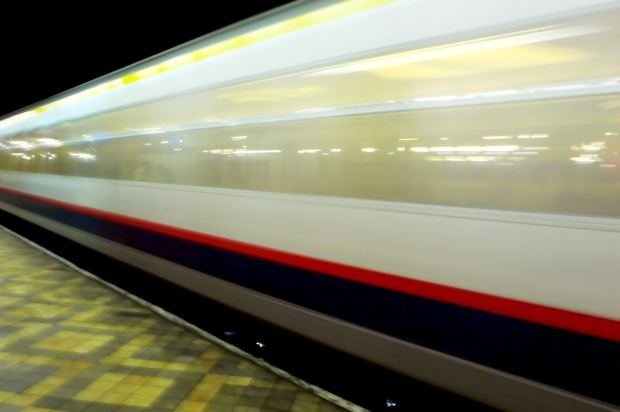 It was on November 12th that Mr. Orlando had to go to Woodsville for a business reason. And he is about to leave from there and his wife and children are there at the station to drop him. The travel will be about one and a half hours. If he was a simple traveler he had to waste his one and a half hours but as he is going for a business reason he had so much work to be done on his laptop.

And the train was to leave at 7 am and it will be on time. After entering the train he wanted to find his cabin and when he founded it he found it empty with no co traveler with him and after getting settled there he took his lap from his handbag and started his work, soon after the lap finished booting his co traveler in that cabin came in rushing with sweat coming down his head and Mr. Orlando knew there was something wrong with this person and when Orlando investigated he had two big problems one was that he had been pick pocketed by someone (had lost his money) and the other problem was that he had lost his train ticket.

And the person was showing his anger to the door of the cabin by shutting it as hard as he could. Orlando tried making him calm and found that the person his from the same place where he was going to and the person’s name was Diego. And Diego said that he had tried to convince the TT but he did not believe the matter and like this matters really do not happen and is very hard to believe. And somehow Diego managed to convince Orlando. And after hearing this Orlando gave two Dollars for buying the train ticket. And Diego went to buy a new ticket from the TT. This time the seat he got was in another cabin and he had to sit there.

And back in Orlando’s cabin there came another problem that was he had lost his ticket and his chest was pounding so hard that even the TT at the other end could hear it. He checked the ticket in his all the pockets but did not get it. He checked it in his hand bag but it was the same result. At last he found a ticket but on it was not his number and after looking more careful that it was the ticket of Diego. Diego told that he checked everywhere in the station. He must have forgotten to check in his pocket. When Orlando was looking at the ticket and thinking what to do the TT came in asking for ticket and for a moment Orlando did not spoke anything but the TT did not wait for anything he took the ticket which Orlando was holding in his hand and went off.