You are here: Home / Childhood and Kids / A Mother’s Love 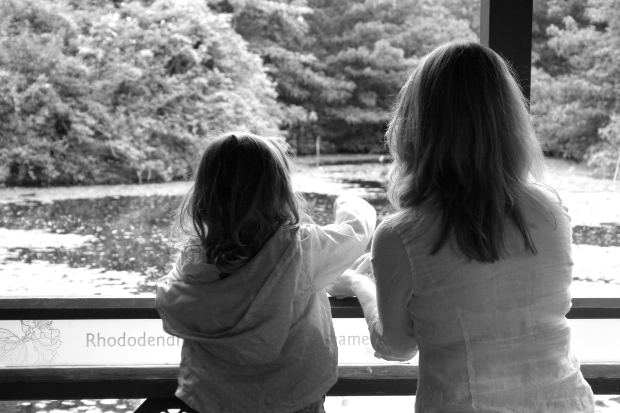 It has been three years; three whole wonderful years since she moved into this house. And what was all the more special was that it was Mothers’ Day! She had been hearing other children at the new school as they bragged about the many far fetched surprises they were planning for their mother and Asha was filled with an uncanny zeal to surprise her mother too. But the pudgy boy Peter and his even pudgier cronies would come up to her and say: ‘But Little Asha, you don’t have a mother.’ To which Asha would indignantly retort: ‘Of course I do! I moved in with her three years ago.’

Peter and his cronies would laugh. ‘But she is not your mother. You are an orphan. She only took you in because she has no child of her own and you have no parents. That doesn’t make her your mother!’ And Asha would weep profusely, and whisper to herself quite unconvincingly that real mother or not, she was loved by her. And she would sit thinking about it as Peter and his cronies would walk away and she would wait for her Mother-who-was-not-her-mother to come pick her up.

It had happened so suddenly. Before little Asha could even register what all was happening she was told she must pack up her ‘valuables’ and leave. She didn’t even know she had anything called ‘valuables’; all she possessed were a set of neatly ironed dresses, a couple of dolls (one of them missing an eye) and some dusty story books having the quintessential smell of oldness and yellowing pages which she never bothered to read after the second chapter or so. It wasn’t much to pack, was it? On the other hand, she couldn’t comprehend why must she pack? She’d been living in this musty little orphanage at the end of the lane since… forever! She couldn’t recall having lived somewhere else, but she had been told that she had had a mother once. No such recollections whatsoever.

But why was she packing? She didn’t want to leave. Not that the orphanage took excellent care of her and neither did she enjoy herself immensely here as well. Nor was the plump matron was very amorous or affable. Everything was curt and brusque; everything seemed incomplete, everyone seemed to have time only for their own selves. No, Asha did not like it here, she never did. But she was accustomed to it, and the very idea of having to move to a new place scared her. Also where was she moving to? Who was taking her? She’d seen the plump lady come and tell some of the other children to pack and then they would disappear forever, Asha never saw them again. At first she used to think they were sent to some wild dangerous sinister place but now she was old enough to understand that they used to get new parents. Now it was her turn. Should that be a happy prospect or a sad one?

The plump lady rapped at her door once again. She hastily shoved her things into a dilapidated bag and followed the plump lady out. They went inside the plump lady’s room and she wasn’t surprised to see two elderly people seated on the shabby table; a man and a lady, and both of them looked distinguished enough to look ill fitting in such a musty and cramped place. The lady had graying hair and her eyes crinkled as she smiled at Asha, but the man, who looked even older than the lady didn’t bother looking at her even. As soon as the plump matron entered he addressed her with austerity and demanded they get ‘things’ done without much ado. Papers were signed, a myriad of questions answered and Asha found herself being led by the kind looking lady, clutching onto her ‘valuables’. A sleek, shiny car was waiting outside and Asha found herself in a new home altogether, with a mother and a father all of a sudden. Things were a bit too new for her to get accustomed to.

The first few weeks were the hardest. The kind lady would try her best to strike up a conversation but the man would only utter monosyllabic words. And Asha always found herself staring with huge, wondering and terrified eyes. After all, wasn’t she taught not to trust strangers? But with time, things improved. The two ‘strangers’ gained her trust slowly and steadily as they showered her with unprecedented love and affection. She gradually evaluated to calling them Mother and Father, and suddenly her life was so much more enjoyable.

But now Peter and his cronies are saying she wasn’t her Mother. And what hurt was deep down she knew her own mother abandoned her, left her at the orphanage and never came back to look for her. Her thoughts were abruptly interrupted as she heard her name. Seeing the person who called, her tears started coming down harder. ‘Oh Mother! They say you are not my mother.’

Her mother wore a solemn expression, but came and hugged her. ‘Oh Little Asha, don’t cry. It’s true I am not your real mother, but it doesn’t matter. I love you as much as I would have loved my own child. I am not your blood mother, but I am your Mother. It’s not the blood relation that matters, but the unconditional, unfathomable, irrevocable love that does, and you already have that from me.’

Asha felt a lot better, although she was unable to understand half of the long, tough words. Through teary eyes she presented to her mother the untidy drawing she had scrawled with an almost undecipherable ‘Happy Mothers’ Day’ scribbled at the bottom in school earlier that day. Her mother smiled and picked her up in her arms.

Asha felt ashamed to have cried over such a petty issue, and made a mental note to tell off Peter and his cronies the next time they would come bullying her about her beloved mother.