You are here: Home / Friends / ” What Happened That HALLOWEEN With Casper” 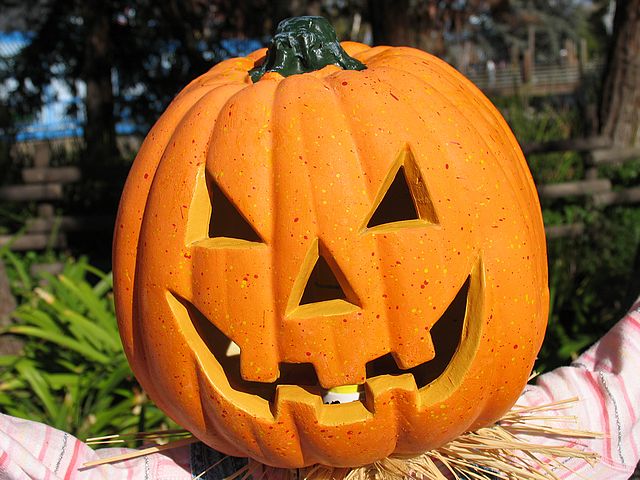 Friends Short Story – What Happened That HALLOWEEN With Casper

On a Halloween night Casper out trick or treating with his friends. Casper had an adventurous set of friend who dared him to enter an old, abandoned & dilapidated house. Casper took up the dare like a “MAKO MYAN” that he wasn’t & would never be.

He lightly pushed the gates open… walked in. The cobbled path till the house was so cold that even his thick boots couldn’t keep his feet from feeling the chills, or was it his blood that was readily losing the warmth. He had no mind or heart to judge the sparks running down his spine. He kept walking…His friends silent in the background. The house at its all glory glaring at him in front.

The newspaper that was dropped by, by the newspaper boy that morning stated 4 degree Celsius…but….but..he was sweating even though the cold & sharp winds were scratching his face…He was scared. “DEAD SCARED.”

But he had to gather all his courage as a full year of ” COWARD CASPER” was waiting in the background. He stood & took a deep breath…a cloud of white vapour spontaneously appeared & quickly disappeared. He started walking again. The longest walk it seemed to be.

He knocked on the door. His friends couldn’t believe that he was actually doing it. No one opened the door as was unexpected by Casper. They usually open by themselves in “Horror Movies” as he knew. But this door didn’t. He turned his head towards his friends & asked ” The dare is done. right?” His heart sank as they in chorus replied “NO NO. You have to go inside & count till 10 & then come back.” Casper gulped to relieve his dry throat. He made the long walk till the house door, “let me not give up now.” He said to himself. He turned the door knob. The metal was so harsh in the cold that it stung him. He pushed the door open with little strength that he had been left with in his small fragile body after that endless walk.

Black was all he could see inside. Dark and a very unwelcoming odor of dust & of what once was in the past, was waiting for him inside. It was like death to the kid but was so overwhelmingly mysterious that Casper had to step in.

His friends frantically discussed what to do now…. No one had the courage to go in & see what happened to Casper. They fled the scene. Went back to their homes, with shut mouths they slid into their beds. They didn’t dare to tell anyone what had happened.

Casper’s  parents searched for him all night. The cops were informed. His friends were questioned but they all refused to have met him. Months of search & investigations followed. But Casper was never found. No one knew what happened, no one could say for sure to have seen him as it was Halloween & everyone on the streets were in  costumes.

Casper was never found. so what happened to him? He was dead that’s all everyone could assume. But how? What was in that house? so were the old tales true? Did the house, the house of a family of degraded spirits kept Casper to themselves….? Or was it the “Black Mamba” on which Casper had stepped as his legs shook with fear while he was counting with his eyes closed…..the snake that slithered out of the open door after injecting the “dead in seconds” venom into Casper which was never noticed…..

The house that never was haunted,was haunted now. Casper was there. He sat there beside his degrading & decomposing body while the papers declared him “MISSING” & police files stamped him “LOST & NEVER FOUND.”

Many suns had gone down and conscience had finally knocked inside Casper’s friends. They all were grown up now. Had jobs & family. But none could erase the “cry” of Casper from their minds.

It was Halloween again. No more costumes for them as they were grown up. The moon was high up & bright in the sky. It was 4 degree Celsius that night. They decided to go to the house that once was….. They stood on the lonely street in front of the gate, still not strong enough to walk inside. They felt ashamed………just as they were about to turn back & go home….The house whispered “COWARD…………COWARD…………FRIENDS WALK FORWARD……….”