You are here: Home / Friends / True Shades Of Friendship 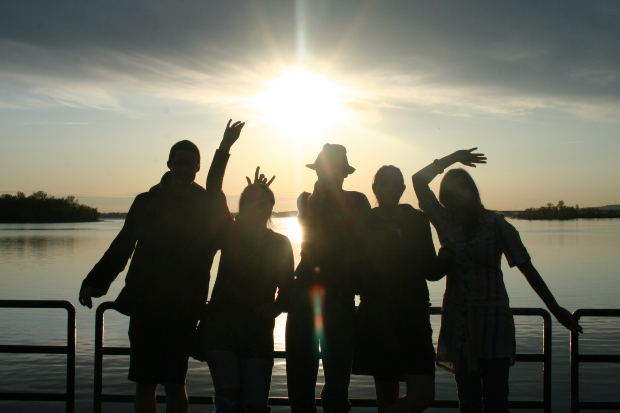 “In everyone’s life,at some time, our inner fire goes out.

It is then burst into flame by an encounter with another human being.

We should all be thankful for those people who rekindle the inner spirit.”

Sage, dynamic, altruistic, a bit sentimental and loved by all-That’s Ronaq, My best friend from college. He was the only one always around, supporting me and boosting up my spirit.

I am Ashwin. A nerd, geek boy next door. Very much reserved and a boring guy. I always wonder how I and Ronaq are such a good friends. ” Well that’s how life is, Opposites attract”Ronaq always say. He tried his level best to make me like him-full of life,fun loving and an outgoing person but failed terribly and so he decided not to change me and respect me the way I am. I really appreciate it.

Everything was smooth and perfect. Our engineering life was so full of twists and turns that there was no place for any other twist. But life, whenever we think it can’t get bad, it gets worse.

I and Ronaq were best friends from the day one of the college and from that very day Ronaq had crush on Antra-The Hot Babe of our college. Antra was a part of the coolest group and had her own band named Seven Mysteries.

It was mid-August, semester three had just begun. This was the time when our batches were shuffled and unfortunately I and Ronaq were in different batches. Since Ronaq was always around from the day 1, it was difficult for me to adapt in this new batch. After bunking initial few weeks, I finally decided to attend my practical regularly now.  This was the time when I first met Ragini.Bizarre, niggard and revolting- Ragini was a type of girl no guy would ever like to be with. Fate brought us together. As I started attending my practical late I had no other option but to do practical with Ragini.

On the other end Ronaq was very happy. He and Antra were in same batch and were in same group. In no time they became good friends and Ronaq was a part of Seven Mysteries. Ronaq wanted me to be a part of that group too but me being a boring guy wasn’t comfortable in that group and thus maintained a distance.

“When we least expect it,life sets us a challenge to test our courage and willingness to change; at such a moment, there is no point in pretending that nothing has happened or in saying that we are not yet ready. The challenge will not wait. Life does not look back. A week is more than enough time for us to decide whether or not to accept our destiny.”

I and Ronaq were drifting apart.Somewhere I felt Ronaq no longer respects me. I being a boring guy always laid certain restrictions on Ronaq like not to smoke, not to drink but he had no such restrictions in seven mysteries.

It was mid-September. Ronaq bunked his lecture, stole his father’s 5000 and took Antra on a date. When I learned about this I got really pissed. I knew I had lost Ronaq, I knew my best friend, my brother had fallen into a bad company and so I decided to talk. I told Ronaq clearly that whatever he is doing is not right. It’s ok if you drink and smoke occasionally but u stole your father’s money for a date and bunked your college-This is strictly not acceptable. At some point of time we all face peer pressure but how firm we stand is what defines us and distinguishes us from the crowd of thousands. He is a bright student and a really good guy and should not do this to himself. To have fun is good but not at the cost of your academics and your ethics.

I spoke for a really long time.Explained him what he did was wrong and should think about his parents and stuff. Ronaq lost his control. He slapped me hard and asked me to shut the f**k up. It’s his life he said. Am no one to interfere he said. Am not a kid, you mind your own business. Antra was right, you are a jackass, forever alone people like you won’t ever understand the fun of being a part of the coolest group. He said his life is super awesome and he don’t need jerks like me.

I was shattered. My best friend just said am a jerk and should mind my own business. I am nobody to him and people like me are forever alone.  I left that place. Walking on the street I spoke to myself- Why life is so complicated? Wrong people are always appreciated and the honest ones are told to stay away. Why do people disrespect the ones who truly care for them? Why a caring friend always a burden? But then this is life and you have to move on. You have to accept the fact and forget it and move ahead. That day our friendship ended. I never looked back and nor did he.

Our engineering life was the same but yes there was one difference and that difference was in me. I had become more independent. I had no buddy in my class and this was the time when she came close to me. When I was standing alone looking at Ronaq having fun with Antra and her group, Ragini came, held my hand in her hand and said look Ashwin you met me just a few months ago but I know you from the first day of college itself. I was jealous of Ronaq because he had a great friend like you.I respect you a lot and trust me you are the best.

“A Friend is one that knows you as you are,

Understands where you have been,

Accepts what you have become,

And still gently allows you to grow.”