You are here: Home / Friends / Cough syrup and it’s side effects… 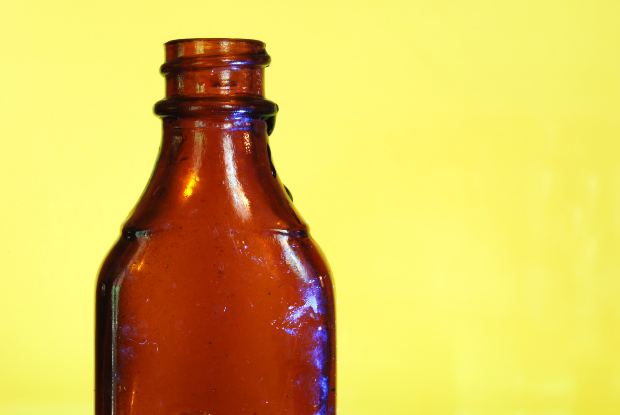 What can be the side effect of drinking cough syrup?  Extreme drowsiness?  Blurred vision? Nausea? Nope it can cause something more than that.

That was a rainy day and I got completely drenched on the way back to hostel. Result was nonstop coughing, sneezing accompanied by a running nose. Soon girls from neighboring rooms started complaining that I’m disturbing their sleep by continuous fits of cough. For the well being of my hostel mates I ran to the room of my friend, also known as Ms.pharmacist. She is the only person in hostel who keeps stock of general medicines and we are very much habituated to borrow it from her.

She was in deep sleep when I knocked the door. I had to knock.. sorry, cough for almost five minutes to get the door opened. She handed over a cough syrup before even I asked her.

‘This tastes different and I get a burning sensation in throat ’ , I told her after drowning a cap of cough syrup.

‘That’s how all cough syrups are. Take the bottle to your room if you want. Now go that side and cough. Good night.’

I came back to room, switched on the light and ahhhhhhhhhhhhh. The label in cough syrup bottle reads, it is ’strictly for external application. Harmful if taken orally’. What I drank was not cough syrup but the external wound cleaner.My friend messed up the bottle in her sleep.

Whole hostel was awake by my scream. My close friends were trying their best to make me throw up what I drank.

Other hostel mates bombarded my friends with questions from all sides. I felt like preparing a FAQ to help them.

Why did she drink without reading the label?

Why did she gave a wound cleaner instead of cough syrup?

She was in deep sleep.

How much did she drink?

Next time on we will ask her to measure

Couldn’t she  differentiate from smell?

Her nose was blocked due to cold

I don’t think any of you would have drunk wound cleaner before. Let me tell you  how the experience was. There was an irritating, burning sensation from my mouth to stomach. I felt thousand butterflies were battling inside my stomach and every I breath I took kept reminding of naphthalene balls.

Hostel warden came amidst the drama and declared ‘I have called ambulance. We will take you to hospital immediately.’ She and couple of my friends took me to hospital.

On the way to hospital, our warden hammered me with questions but they were different levels ‘Any fight with your boyfriend?’, ‘Did you score poor marks in semester exam?’, ’Any family problem?’. She was concerned because a month back one of the girl in hostel attempted suicide over an issue with her boyfriend.  I assured her all is well with family, boyfriend, I’m very much used to getting low marks and this was nothing but pure accident.

When we reached the campus hospital, doctor gave me something to drink to induce vomiting. My bad luck, it didn’t come out easily. Though he was sure that this is nothing serious, he referred me to be taken to a hospital outside campus.

Since it was a government college, warden had to get around three to four signatures before taking me out of campus. My friends were again bombarded with those ‘FAQs’ at all these stages and they were acting well as my PR’s.

We reached main hospital and this time I was questioned by three nurses, two ward boys and a lady doctor.I could hear the ward boys murmuring something about, ‘Police complaint’  .They gave me another set of medicines &  liquid, so that I will throw up.

Meanwhile as per the college procedure, my head of the department arrived at hospital. He dismissed everyone fears by saying ‘I’m not someone who will drink poison but rather someone who might make others drink the same.’

While the doctor was talking about stomach cleaning, I threw up to everyone’s relief. I was kept in observation and discharged the next morning.

Friends moral of the story is: