You are here: Home / Friends / A Love Story :To Catch Me If I Fall 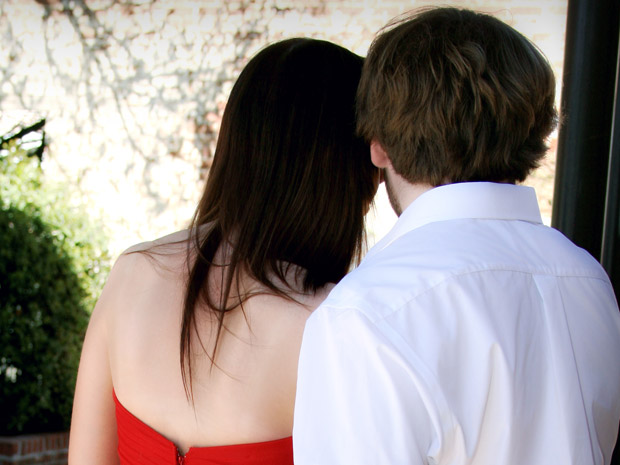 A Love Story :To Catch Me If I Fall – Love Short Story
Photo credit: anitapeppers from morguefile.com

It is one week before prom, and 3 guys have already asked me. 3 guys. But none of them is him. Yes, that guy, Archie, who has been in the same school with me since I was in the elementary. I’ve had a crush on him since forever. Well, not forever like since I was born, but I guess you know what I mean.

Rrrriinggg! The lunch bell is ringing, the sound piercing my ears, and so I have to cover my ears. Huh, finally! This History class was very boring! I mean, what is the use of learning about dead people?? Yeah, I know, most of those people did something good, but still! It is better learning what is going to happen to the future than learning about the past!

“Gwen! Let’s go!!” shouts my friend, Kate. Ben, Roger, and Sam are behind Kate. Yeah, those people are in my gang, or let’s say, they are the people I hang out with….They are my best friends!

Before he finishes what he is going to say, I run toward him and cover his mouth. “ROGER!!! SHUT UP!!!” I say, and then hit him on his shoulder. He is laughing like crazy; he is practically rolling over the floor, while I am looking down at him, annoyed but laughing.

“Okay okay, I stop!” says Roger. He gets up and suddenly becomes all serious…. And 6 seconds later…..He is laughing again.

“Roger! For goodness’ sake!” I say. You see now? I hang out with those people. I love them anyway….hahahahha

“So. Have you said yes to those guys who asked you to prom?” asks Ben.

“You silly. I am waiting for Archie….hahahha of course I haven’t said anything.” I answer him, blushing a little.

“Just so you know, there is a guy somewhere out there who wants to ask you, but he knows you heart belongs to Archie…. Just saying…” Ben tells me.

Hmmm so there is another guy huh? “Well, who might this guy be?” I ask Ben.

“You will know, I guess. Remember, he’ll be behind you to catch you if you fall…”

“Doesn’t that sound way too poetic?” I ask Ben playfully.

“Well, it might, but I am not lying Gwen” says Ben.

Hmmmm…..I wonder who? But who cares? Archie is my goal.

Here I am. Looking around but I see is only him. And her. Yeah you hear me right. HER! He is leaning on her, while she is leaning on her locker. Staring at each other’s eye. You know who is “he”, don’t you? It is Archie. The guy that I have a crush on since forever. I don’t know what to do. So I just run toward the toilet with my tears making my sight blurry. Gosh! Can this day be worst? What the….Him…Her….. SINCE WHEN?? I’m blowing my nose so hard. The toilet is luckily empty, but someone, a girl of course, opens the door.

“Don’t worry Gwen. I’ve always knew that Archie was not the one for you…All this time. I know you’ll find a better guy, someday. There a lot of guys in this universe, not only that bastard Archie…” says Sam, calming me down.

Huh what she has just said makes me better… Thank gosh.

“Sam thanks a bunch. You’re right. Maybe he is not the one for me after all. Gee, I have wasted my lifetime basically drooling over him…” I tell her, honestly.

Today is the day of the prom. I decided to go solo, alias without date. Yeah I said no to all of 3 guys who asked me to the prom. I’m going with my best friends today, Kate, Sam, Roger, and Ben. Kate has a date, Tom, but he is from another school, and he has to take his mom to supermarket, or something, so he can’t pick Kate up. Kate told me she is going to meet up with Tom at school.

To be honest, I am still wondering who the guy Ben was talking about. Maybe it is Ben himself? Or Roger? But I don’t think is Roger, since all he does is teasing me, basically about everything.

“Okay we have arrived!” says Kate excitedly. “Hey you guys go in without me yeah? I’m going to wait up for Tom!” and then she rushes toward the back of the school.

Wow, they are going to meet up at the back of the school? How interesting.

Roger, Ben, Sam and I, all go in to the gym. The gym is so crowded, full of people, especially those who wear way too much perfume, and hair spray. Everyone is wearing fancy outfits, including my best friends and I. Hmm, to tell the truth Roger looks different tonight. His hair which was usually always out of place, now so neat, but in a-model-kind-of-way. And he is wearing a very nice tuxedo, with a yellow tie, which oddly matches my yellow dress which I am wearing right now. Ben doesn’t look so bad himself. He looks awesome with white tuxedo with a rose, showing in his pocket.

Happy, hip hop and rock songs are being played tonight continuing after each other. So far, I’m having the time of my life, dancing like crazy with my best friends and the others. What so good about prom is, all cliques which is not usually interact with each other, do tonight. Even we all are dancing, hopping to the beat with the teachers as well. “Wow, isn’t this prom just plainly awesome, Gwen?” asks Roger. “Totally” I say happily. We all keep dancing, until the slow song comes. We all step back, except for those who come with their dates, and some who came solo, but dance with their opposite gender anyway. I back up as I see Archie puts his arm around her waist, and as she puts her arm around his neck. Oh how I wish that girl was me. I swear if I were her, I wouldn’t let Archie go, and I would make Archie happy. Kate and Tom are dancing as well! Oh that sight of them makes me feel less sad. I feel so happy for my best friend, she look so happy! And yes, Tom looks the same way as Kate.

“Remember, someone will catch you when you fall, Gwen” says Sam all of the sudden. What she said shocks me.

“SAM! What is going on? Ben also said the same thing to me just a couple of days ago!” I ask Sam.

Hmm, okay now whatever. I don’t care what they are up to. I decide to go out from gym, and walk along the hallway. I am crying again. Gosh! I thought the sight of my best friend happy would make me feel less sad, but….? Now I am sad all over again.  Huh, guess the slow song has finished, now all I am hearing right now is a pop song, “Love Drunk” by Boys Like Girls. Wow that song is my all time favorite! But I just don’t feel like coming back to the gym and dance. I just don’t feel like it. So I decide to keep walking until the end of the hallway.

I think I have gone for about 20 minutes or so. No one is looking for me though. I think my best friends saw me going out from the gym. They know that I need some alone time. When all of sudden, someone hugs me from the back.

“Gwen, I’ve been looking for you everywhere. I thought something happened to you! Oh thank goodness! I saw you going out from the gym when the slow song was playing……You saw him and her don’t you Gwen…? Oh Gwen…”

The voice of him makes me bawl all over again. I turn around as I cry in his embrace, feeling sad and safe in his arms at the same time. As I am crying, he pats my head, and keeps saying that it is all going to be okay, and that kind of stuff.

After I am feeling better, I look up to him and say “To catch me when I fall?” and he answers, “To catch you when you fall,” and nods his head. So it is him all this time. I guess I was too blinded all because of Archie and didn’t realize who had been beside me all this time. It’s not him. It’s Roger. The one who wears a yellow tie that matches my dress.

From this distance I still can hear what song is playing inside the gym. The DJ is playing “Breathless” by Shayne Ward. Then he looks at me and gives his hand, as I take his hand and we start dancing, with lockers on our left and right .