You are here: Home / Friends / The boy and the mirror 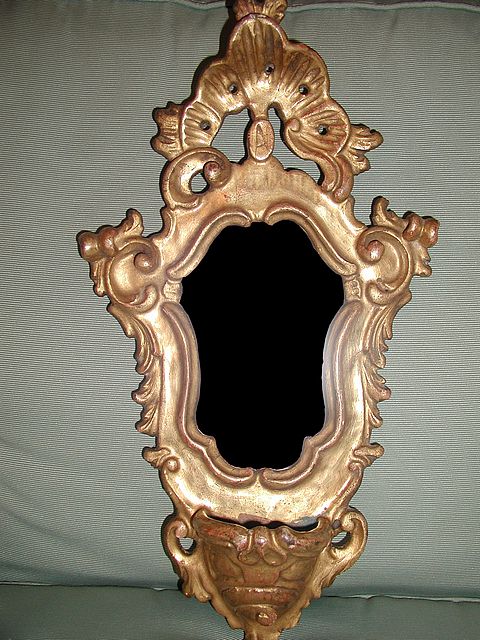 Friends Story with Suspense – The boy and the mirror
Photo Credit: www.cepolina.com

He was a week past his second birthday when he saw her for the first time.

One afternoon, when his mother had gone to tea with the other ladies, he peeked into her room, he was bored. There was no one there so he toddled in carefully – he was still new to this walking business. He liked his mother’s room – it smelled nice, like that funny sweet smelling thing she put in the water before putting him in the bathtub. He liked the water and the bubbles.
“Bubb!” He cried happily in its memory, as he giggled.

The sound echoed in the empty room. He stopped laughing for just then a funny thing happened. He was standing in front of his mother’s tall mirror- which was almost as tall as daddy- and he saw a person in it. Not a big person- his house was full of them. A small person like him. Only it was a girl. He rubbed his eyes, she did too, she looked as amazed as he felt.

He wanted to say something, even though he did not know many grown up words.
“You Girl. I Stephen. ”
She giggled. He did too. He heard a voice from somewhere “Dora!”
Just as his mother walked in, the mirror girl disappeared.
” Steph sweetheart! What are you doing in here? Missing mummy already? ” she asked, dropping a kiss on his head as he gazed at the mirror forlornly.
——-
He saw her again three years later. This time it was a bathroom mirror. He’d just finished brushing his teeth and was making silly faces in the mirror when she appeared. She had a hair brush in her hand, and her curly brown hair was spread messily on her shoulders. He promptly stuck his tongue in and smiled bashfully. After a moment of surprise she laughed as well, “Hi! Stee-phen” she said carefully uttering each syllable.
He beamed, ” You know my name. What’s yours?”
“I’m Dora.”
“C’n we be friends? I don’t have friends.” Stephen pouted.
“Yeah! Do you like rainbows?” And then they were on. After five minutes, Stephen heard his mum knocking.
“Oh I have to go. Will you be here tomorrow night?”
“Yeah I will.”
He opened the door with a great deal of excitement.
“Are you alright, honey? What took you so long?”
“Mum, Mum, I have a new friend, her name is Dora, she likes rainbows too! And the color blue”
His mother smiled, “Oh that’s very nice dear, does she go to your school? Where did you meet her?”
“She lives in the mirror, mum! I met her once in your room when I was a baby, and again tonight. And she ‘membered my name.”
His mother’s smile suddenly faded as she told him to go to bed. Later that night, he heard Daddy telling Mummy how it was normal for kids to have imaginary friends sometimes. He didn’t know what imaginary meant. He decided to ask Dora if she knew.

“It means not real.” Dora said,the next night.
“But you’re real, aren’t you?” Stephen almost cried. He knew big boys didn’t. But he’d never had a friend before.
“As much as you are.” She said.
He smiled at her through his tears, knowing she wouldn’t tell anyone.

“Dora! I got picked for Soccer team!”
“I bet I’d play better than you, but they won’t let me play ‘cos I’m a girl!” She frowned.
“But it’s okay, you were the youngest to get into that dance class right, you said so, all the others are thirteen and you’re only ten. I only wish I could come too” Stephen smiled wistfully.
She stopped frowning and grinned ,”Yeah! It would be fun if you could. By the way, guess what.” She winked conspiratorially.
“What?”
“My birthday is in two days and I asked mum for a full length mirror”
“Woohoo!” Stephen yelled. He’d not been able to see her properly for a while since her mirror had cracked a month ago.
“Okay, my mum’s calling. Over and out.”

“It’s prom night tomorrow, Steph, isn’t it? Are you taking Eve?” She asked, a hint of something in her voice,he couldn’t quite understand. He ignored it.
“Yeah! I can’t believe she said a yes! To me! Can you believe it, Dora?”
“Well yes. I can believe it. Have fun. I have to go.”
“So who are you going to prom with? Don’t you have it at your place?” He asked
“We do. I’m not going.”
The mirror went blank before he could ask her why.

“Hey Dora, I’m sorry, the past couple of weeks have been a whirlwind. Eve and I, well we’re a couple now.”
“Oh! That’s nice. Are you happy?” She smiled.
” I’m on top of the world! ” he said giddily. “She’s such a beautiful person”
“I’m sure she is. Will you stop coming now? Here?” She asked, with a resigned expression.
“No,of course not, you’re the best friend I have,Doh! Don’t forget that”
“I won’t. I’ll come each night. Come when you wish to”

“She got angry, Dora. I told her you are my best friend and she wanted to meet you. And I said that couldn’t happen. And she didn’t listen to me. She thought I was trying to keep you away.”
He frowned. “She wouldn’t even believe me if I told her the truth.”
“No she won’t. What will you do now?” She asked quietly.
“I don’t know.”
” Tell her we had a fight. We won’t talk anymore.”
” No! I can’t do that. And you definitely won’t ” he said sternly.
” I am your mirror, Steph. This is your choice.” She smiled back sadly. ” If you are to step out into the real world with her, you cannot keep looking into your mirror.”
Torn between his worlds, he turned away from the mirror, his thoughts dizzy.

The next morning, Stephen’s bed was empty, the bedcovers lying messily in a bundle. Everything else was undisturbed. His mother figured he’d left for an extra class.
She noticed something odd as she stepped into the bathroom to put in fresh towels.

The mirror was frosted over. In summer. And on it,as if in a child’s hand,was drawn a large smiley face.