You are here: Home / Funny and Hilarious / My Biology Sir…- Hilarious Short Story

We “generally” did not get chance to attend most of our Biology classes during 10th; the period was scheduled “just after breakfast” and we liked to eat and enjoy our breakfast so much that we almost always were late arrivals in Bio period. Obviously we used to get punishment for coming late and had to stay out and attend (“listen”) the lecture from class room window. Result of that was quite evident in our test score. 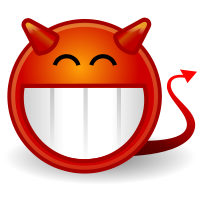 Once after interim exams, our test papers were distributed in class for review, as usual everyone was struggling to cross the half barrier out of 10. This 5 marks itself was coveted among “us” as we could never target beyond even if we wished. We used to get marks in every possible fractions I was taught in my primary school — ¾, 1¼, 2¼… but never ever close to 5. How our teachers used to arrive on this score is still a mystery for me. All of us gathered, trying hard to be not seen in mob, to Bio Sir in anticipation of getting some more fractions, asking our total is coming 2, 3, 4 etc; still other than very few genuine exceptions, most of us could not get any gain. It was turning futile…

Suddenly from the crowd a pretty girl came out and speak softly “Sir… My marks sum is coming 11″, more than the total possible marks. Most of the class did not hear that properly but we, the group, murmured among us and within few seconds entire class knew what was the matter; we all got chance to take some revenge from the Sir, and we (Boys) produced cheap “OOOOOOOOooooooooooo” sound in a nice rhythm (we didn’t courage to make the sound starting with “b”). Our Sir got very embarrassed and furious; he took a cane and started beating everyone in a sequential manner, asking who made the sound; but as usual we kept quiet to prove our strong believe in our one of many policies — be united.

Everyone was smiling in the class and forgot the fractional marks we had just scored. Perhaps remaining part of our hard earned marks was added somewhere else :-)