You are here: Home / Friends / My Guilt, His Forgiveness.. 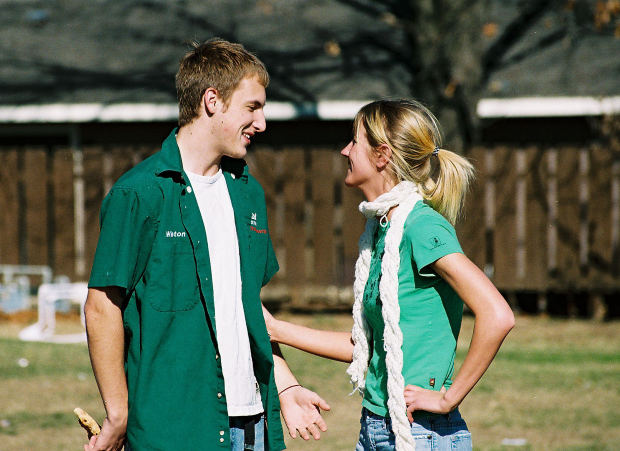 Short Story from School: My Guilt, His Forgiveness..
Photo credit: taliesin from morguefile.com
(Note: Image does not illustrate or has any resemblance with characters depicted in the story)

Early morning rains- the sound of raindrops hitting the roof. I wasn’t asleep- I was trying to focus my  mind on the sound outside my window, I could even hear the water droplets trickling their way down my window pane. Such a serene.. tranquil..’ Trrrrrr’-

“No..what the?!” Ofcourse my alarm clock wasn’t quite enjoying the rain drops that were now making their way through my window onto its ‘head’; and before I could organize my thoughts, another disturbing sound broke into my already disorganized thoughts-“Ria!!!!wake up!!” It was my step-mom, and I always wondered ’why do I even bother setting an alarm?’

“See how your sister is always up before I even enter your room!Try and learn something from her!” She made it sound like she had won a nobel prize. My half-sister Kriti. The was a reason why she would willingly get out of bed. Afterall who would like to be woken up everyday like there has been a fire outbreak or terrorist attack right outside the house?!

It was lunch time as I sat with my groupies; suddenly a guy ran past us like someone had been hired to gun him down.. except for the tiny fact that this guy would give anything to be gunned down by the ‘person’ chasing him. Gaurav..poor guy..what all he wouldn’t resort to to get her attention. Just then a familiar scenario played in my mind..

Aman Miglani- Popular amongst girls, guys as well as teachers-Obviously for completely different reasons. Most of the girls termed him ‘perfect’, and me? I termed him ‘The ultimate danger to my neurons’.

I would never understand out of the 50 odd girls from the whole of 8th grade why chose only me to mess around with! why?? But somehow over the time, anger and repulsion towards him was getting replaced with something..something better, and a sudden fear crept into my mind and it became more of a continuous distraction. I couldn’t even think straight when he was around me!! At that age you tend to avoid certain situations that make you feel uncomfortable; hell you don’t even have ‘yourself’ figured out well yet, forget analyzing situations. Besides I wasn’t a bright student as he was, and the distraction was just probing my neurons to commit ‘hara-kiri’. I was confused and I decided the only thing I could do to help myself out of this was to ignore him-Act oblivious to his very presence.

A year went by and all I did was ignore. I still remember how he stood outside my class pretending to talk to his friend while looking at me with that confused and pained look on his face.

I knew I’d hurt his feelings, for no fault of his. Another year went by and halfway through the vacations I realised I was missing something..someone..and so bad I only hoped by then that I wasn’t too late to realise it. I thought of all sorts of ways by which I could apologise to him. I decided that it didn’t really matter even if he didn’t forgive me, but somehow I HAD to apologise!

The first day of 10th grade- I entered the class just to hear a few girls whispering and others  sobbing, which I chose to ignore as usual. Boyfriend issues- I thought. Little did I know what was going to come next.

“Care to guess why the Barbie dolls wouldn’t mind the mascara running down their bony cheeks for a change?” she chimed in. I narrowed my eyes as if trying to read her thoughts- which she found as a cue to blabber on.

“Aman’s Dad had a transfer to Bangalore and he left just yesterday..anyway what is the big deal ab-”she finished just halfway when I broke in..

“O-o-o-k-a-a-y..I’m confused. Am I missing something here babe?”she raised an eyebrow.

‘Confusion’-That was the root of it all and now I knew it was too late for an apology.

I finally joined facebook after constant brainwashing from my friends. I admit it sure is addicting. I punched in ‘Aman Miglani’ carefully- my heart pounding- even now I realised how guilty I felt having treated him the way I did. Amongst the 30 odd Aman Miglanis, it didn’t take too much time for me to find the right one. There he was- the vent to my guilt.

I was both apprehensive and eager to send him a message through his profile.

“Hi..I’m not sure if you still remember me. I don’t even know how to phrase it right..I just want to apologise and I’m hoping that you’d forgive me. Take care.” Rina

A week went by and no reply. ‘Its alright..I would be satisfied even if its just reached him..even if he chooses to dismiss it as a stupid apology..atleast he’d have seen it’.

One of my professors had mailed us a few of the class presentations which he wanted us to study. One of the unread mails’ subject read “Hi Rina..” and no prizes for guessing the sender.

I opened it, my heart skipped a beat.. “We can always start over”- Aman.

Those five casual words that he typed in had come to mean so much to me..