You are here: Home / School and College / The annual function 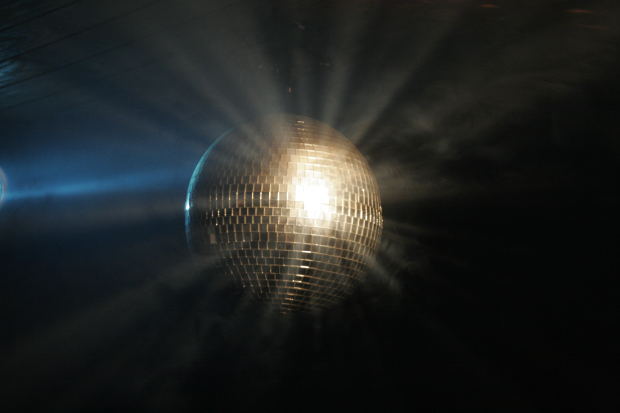 “How many times I have to tell you not to participate in dramas and dances! Can’t you understand that we can’t buy or borrow those costly accessories?”  Sarita – a housewife from a typical middle class family- angrily said.

The little girl could not speak even a word; she knew that her mother would get angry.

“Ok mommy, I’ll talk to teacher to take me for another character or allow me to step out from the competition”

‘That’s it! See, you can take part in debates, quiz, elocution or essay competition in which you don’t have to spend money and you can enrich your knowledge.’

Little girl Sneha went in her room hiding her sadness deep in her heart.

She was always enthusiastic for taking part in almost every extracurricular activity in her ‘RR girls’ school’. She was in class 3 and she was chosen for the role of ‘sadhu baba’ in the play ‘pakhandi baba’. She had a very long, black, silky and shiny hair due to which she was never allowed to play male character. This was the first time when she was allowed to play baba’s character.

But now her mom denied for buying the typical costume for that role and she has to step back from the play. She was so nervous about what was going to be happened when she would tell her teacher about leaving the play. It’s been a month they were practising for it. She imagined her madam’s harsh words and warnings for never allowing her in any competition then onwards.

Sarita never allowed Sneha for participating in such competitions. For her, this competition was nothing but a very expensive activity that wastes the study time. The reason behind it was their financial condition. Sneha always had an idea about this financial crisis in her home and she was matured enough to say NO to any money demanding condition but temptations of fame, excitement of annual day and joy was overcoming her fear.

But now it was clear that she had to leave the drama.

Days of January were passing and every girl of RR girls’ school was too happy as the selections for plays and dances for annual function were started.

Her class teacher, Pravina madam had a script of the play and she called Sneha- her favorite student- in class-5’s laboratory and asked her to play the leading character. Sneha jumped with joy, but suddenly she became so serious. Before she could speak any word Pravina madam told her not to be worried about costumes, especially the typical mustache and beard for sadhu baba.

Now, Pravina madam called other girls and started casting the roles. The other girls felt jealous for Sneha’s role because all of them wanted to play that role as it was the only role present in all the three scene of the drama.

Practicing started; Sneha was still worried about mustache and beard for sadhu baba. After two days she finally asked her madam about that matter. She told her that she had to hire or borrow it from studio. Vijay sir was there. He assured Sneha that he is a member of a local help group and he had such costumes and wig. Sneha always loved her madam because whenever there was a play or dance introduced by Pravina madam the girls had nothing to be worried about anything related with money.

They practiced, had fun, cracked jokes and enjoyed the whole month together. Everything was perfect. Just 10 days before the annual function they had to perfume the drama in front of their school’s cultural committee’s members.

After that performance Vijay sir and Pravina madam along with other teachers gave final instructions for costumes and timings. All were allowed to wear very simple costumes. The farmer, the widow, the three boys… finally they came to the sadhu baba. Pravina madam told Sneha to buy or borrow the costumes from photo studio as Vijay sir was not able to bring that wigs due to his own drama in his help group.

Downhearted Sneha acted like nothing was happened and got ready for school. Her mom reminded her for the competition issue and ordered her to say NO for the drama.

Sneha, in the practice session, went to the madam.

Madam asked her the reason in very lovely manner as she was her favorite student because of her High scores in exams.

Sneha agreed and she lied, “I don’t want to play this role as everyone makes fun of mine!”

Pravina madam knew that it was a big lie because Sneha loved the role & fame; She was expert in that role after practising a lot.

Then Pravina teacher asked her to exchange the role of ‘sanjhu’ a young villager, boy, who reveals the true face of that pakhandi baba with two friends named ‘raamu’ & ‘laalu’.

Sneha was her favorite student how could she allow her to leave!

The role of baba was given to Vidya- the girl who was performing sanjhu’s role earlier.

Sneha was on the cloud nine. She was so happy that she was going to perform another role in the same drama and she had to wear a typical old trouser and t-shirt.

There was also another reason behind her happiness. She loved the character of those three boys. She wanted to play it also. She always felt like Sadhu baba’s character had no any meaning dialogue apart from ‘om namah shivay’ and ‘tathastu’ . She fell for this role and within those nine days she prepared it so well.

Sneha never had stage fear but she never invited her parents in such functions as she was too introvert and shy to perform in front of her parents. Teachers were busy in arrangements. Sneha was in green room chit chatting with the other participants. She saw a group of girls in animals’ and birds’ costumes for their play, another group of girls in traditional sari and jewelry, another group in very fancy costumes for the dance…

She was standing in the corner of the room and talking with Sanjhu. She was in saffron colored kurta and white salwar but worried about her ‘dhoti’. She was asking to Sneha if she had any idea about where is Vijay sir, pravina madam, pushpa madam and other members. She did not know how to wear dhoti. Sneha tried to console her and talked about wigs of mustache and beards.

“Ok, let it be, Viay sir, Varsha madam or Pravina madam will be here in after some time and they will help you, moreover our show is on no.6. We have so much time”

“Yeah it’s ok. But Vijay sir has told me to stay here as he had all the costumes. He told me that he will help me for wearing dhoti”

‘Then wait for him. Anyways, what about the mustache and beard? I can’t see them in your bag? Have you borrowed it from studio or what?”

“Vijay sir gonna give me the Wigs. He told me that he will make me the typical sadhu baba”

“Yeah, he showed me the wigs when I was with my dad in the parking lot”