You are here: Home / School and College / Untitled – Short Story from College 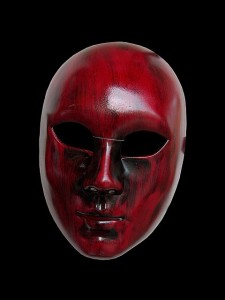 In the unusual hours of Sunday morning, Janakiraman knocked on my door, although it was open. He came to get the toothpaste, as he customarily uses mine.

‘Karthik, why are you lying down on the floor?’ He took the paste, applied on his tooth brush and continued to talk. I didn’t respond as I couldn’t.

He came closer, as I didn’t reply or even breathe. ‘Karthik, what happen’? He checked my pulse, and in a few minutes of initial diagnosis, he shouted ‘Koushik, where are you’?

‘I am afraid, Karthik has committed suicide’ Janakiraman cried.  Soon the news spread to all of my friends, the Hostel and college authorities. They were shocked to hear about my suicide.

‘Yes, he is no more’, the medical officer came and officially confirmed my death.

My friends and the college authorities were able to trace out a few evidences: sleeping tablets, laptop which was switched on with an untitled notepad, and a mobile phone which I was holding. They removed the mobile out of my gripped hand and found out that I received a last call from Avantika.

Two persons in the room looked restless. They were Koushik and Janakiraman. I was able to sense the trepidation of their hearts!

‘Thank you, Avantika’ Koushik was delighted to receive wishes from her.

‘Today we will be getting Solid Mechanics paper, do you have any hopes?’

‘Are you kidding me?’

Avantika, with her beautiful smile, wished him again and they left.

It was one of those unfortunate days for all of us. All of us flunked in Solid Mechanics paper.  But Koushik and Janakiraman were very happy. Usually, they would be singled out, but all of us accompanied them by failing miserably. They started to walk and broached the post dinner talk.

‘Avantika wished me today; you know ‘Koushik boasted; his thoughts were completely about her.

‘You have to treat me for this’ Janakiraman demanded.

Koushik tried to change the path of conversation as soon as he heard the word ‘treat.’

‘Glad that everyone is flunked today’, Koushik said.

‘Yes Koushik, I am equally happier to see our enemy, our topper, Karthik fails.’

’ But, everyone likes him’ said Koushik

‘That is why, GOD has sent us both – to have enemies like us who can able to torture and make him bad’.

Their footsteps halted in front of Karthik’s room as the conversation developed. They were surprised to hear my unusual loud voice.

‘He is in a call; He must be having a girlfriend’, Janakiraman started to predict. They both started to overhear the conversation.

I sensed someone were standing outside my room and eavesdropping on my conversation. Angered by that, I opened the door and shouted at them. I had never shouted at anyone and I was known for my composure. But, the heated conversation on my call made me to vent my anger on them. They were clearly startled!

The next day, two persons came to my room, masked my face and started to beat me. I clearly knew they were Koushik and Janakiraman, who were beating me up!

‘Hi Karthik, what you are doing?’ Avantika called me.

‘Because the topper flunked for the first time’

‘No, Not at all’, I said. I got another call. ‘Avantika, I will call you later’. I disconnected before hearing her reply.

‘Where is the money, you said you will be giving it today’, said the caller at the other end.

I gave him toothless response as it was my mistake; I failed to give them borrowed money on the stated date. Sooner, the conversation turned very contentious. I started to shout during my call. It was during that time, when Koushik and Janakiraman tried to eavesdrop on my conversation. I disconnected the call and continued my outburst on them. On witnessing the situation, Ramasamy, who stayed in my near-by room, came to pacify me.

‘What happen Karthik, I never seen you blasting anyone’, he tried to understand the reason.

I wanted to disclose to someone the mental trauma that I had been undergoing.

‘Someone stole our department fund which was kept to organize our technical event. I suspected some of our friends/workers would have taken. I had no time to investigate as the event was a few days away. Being the secretary of the function, I had to find alternatives to conduct the function. So I borrowed the money from this gentle man. I planned to repay him from the extra money that we would get in sponsors. But, things didn’t go as I had planned. Now this man is blackmailing me saying that if I fail to give him money before Monday, he will visit our department and say that I have looted the department fund and also his money.’

On hearing the story, he paused for a moment, and said, ‘Don’t worry, Karthik; I will arrange the money for you’. He tried to console me with motivational words. I thought Ramasamy was a little eccentric, and a few people would call him ’Psycho’. Nevertheless, I felt relieved after speaking to him.

After a few hours, Avantika called me, ‘Karthik, you said you would call me?’

‘I was a little busy’. Though I want to tell her the problems that I had been facing, I was not able to reveal her for the simple or complicated reason!

‘Do you know why I called you?’

‘You never understand’ said Avantika and added, ‘I got a new boyfriend –Koushik, today is his birthday’.

‘Nice to hear…..’ the call automatically got disconnected, thanks to the low charge in my mobile.

On Monday, a day after my death, Professor Venkatachalam called upon Avantika to enquire about my death. She was considered a prime suspect in my death.

‘Avantika, what exactly happen, why Karthik took such a stupid decision? Even now, I am not able to believe Karthik would commit suicide for silly things’

Avantika wept, and said, ‘Sir, I don’t know anything. I was speaking to him on that day. He didn’t speak for some time as he usually does. I thought he was busy in his work and so I disconnected the call. He didn’t tell me anything about the problems that he had’. She again cried. While they were having the conversation, two goons came to the professor’s room and enquired about me.

‘Karthik borrowed seventy thousand from me. He didn’t return it. He is a cheat; he has looted even your department money’. One of the goons grunted.

The professor tried his best to defend me even after my death and promised to pay him money in two days.

After they left, He understood that I would have faced with the financial problem, and he said, ‘Karthik could have told me. One valuable life is gone’.

Avantika looked at the professor, ‘I too think the same!’

Just after Koushik and Janakiraman beating me up in my room, I was eagerly awaiting for Ramasamy. It was eight in the evening; he called me and said, ‘Karthik, I am not able to arrange the money. I am very sorry’.  Though I was clearly disappointed, I started to think of alternatives. I tried to rejuvenate myself. I decided to take up the matter to the Professor Venkatachalam, who always used to support me. He knew me well; I should have spoken to him earlier. I switched on my laptop; I opened the notepad; I started to write down the points that I need to speak to the professor.

In a few contemplating minutes, Ramasamy entered the room and again apologized.

‘That is okay, Ramasamy’

‘What you are doing’.

I told him about my alternative plan.

‘You are not going to achieve anything by speaking to the professor’ he gradually raised his voice; he deleted the text that I wrote in my notepad.

Angered by Ramasamy’s sudden doubled-faced actions, I said, ‘What is your problem, why are you doing this’.

I continued to write despite his protest.

Finally he disclosed his real identity which I had been unaware of. I was shocked to hear that.

‘Because, I am the one who stole the department money. Karthik, I excessively love myself; everyone has to speak about me; I don’t like people who garner more attention than I; I started disliking you, as you are the center of attraction for everyone, and So, I wanted to trouble you in some way’

‘You, idiot that was a dreadful thought’; ‘I am going to reveal it now to everyone’.

Immediately, He gave a heavy blow on my head and he took the number of sleeping pills from his pocket and made me to swallow. I resisted, fought but finally was subjugated. All of the pills, one after the other, responding to the calls of inertia, dived into my digestion tract. Ramasamy deleted the text that I wrote and left the place.

After sometime, Avantika called me. It was my last call with her. I was in my last minutes of my separation from this heavenly planet.

‘Hi Avantika…’ despite my drowsiness, I continued to say her name for the last time.

‘Do you feel sleepy?’

‘Do you understand why I am calling you?’

I gently closed my eyes. I died after sometime!