You are here: Home / Funny and Hilarious / THE GIRL WITH DOBERMAN 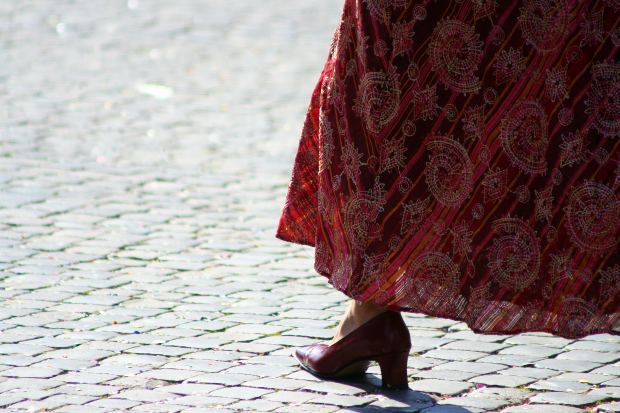 Fear stifles our thinking and actions. It creates indecisiveness that results in stagnation. I have known talented people who procrastinate indefinitely rather than risk failure. Lost opportunities cause erosion of confidence, and the downward spiral begins. – Charles Stanley

“I am alarmed with some impending danger. He is following me every day when I am going to college. He will speak nothing, but he appears ugly and his mind also should be very bad.”

Smita is hearing the shattered voice of sneha. Her shivering voice indicates how much she is afraid of the stalker. They are sitting in the park. They are class mates, studying in the same college,

The college is very near to Sneha’s home. So she takes a walk to the college from home. There is a Banyan tree on the way and people will be going and coming by that way, but not very frequently.

Exactly, from the back side of that Banyan tree, that ugly man comes. He will be around twenty. He walks slowly behind Sneha, He is silent like a rock and never spell a word. He looks like a devil in his deep colored trousers and ugly colored shirt, mostly not ironed. Sometimes deep red colored dress and sometimes deep black colored dress. If anyone sees him, they think him a roadside Romeo in pursuit of love with his cheap dressing.

“Why do you think that he is following you? He may not be a stalker to tease you. You say he speaks nothing, right?”

“No, there is no doubt, he is following me. Why every day he comes from behind that Banyan tree?”

Sneha appears like she is confirmed about the stalker.

Smita thought a while. She got an idea. She remembered a story.

“Sneha, you have a Doberman in your home, right?”

“So you are the “GIRLWITH DOBERMAN’AND YOU SHOULD NOT FORGET THIS.” Smita said.
Sneha looked at her with blank looks. Then Smita explained her idea.

“Bring your Doberman with you while the boy is following you. I heard that they respect and protect the owners. I know that they are excellent guard dogs. Signal your pet Doberman to attack on the stalker and as the Doberman is aggressive, he will rip off the stalker’s dress and some flesh from his thighs between the pelvis and the knees. So the victim of the German dog will be in a hospital for some time and he may die also.”

When Smita explained her plan in a vivid manner, Sneha is very much afraid with that thought.

“No, I cannot make my Doberman attack on a human being. No, No.” She started shivering with fear.

“Why. Why are you so much afraid?” Smita asked with wonder.

“My grandpa does not like any cruel deeds. He told me, while bringing the Doberman to home that we all must respect the life of human beings and our dog should not spoil the freedom of any human being. We have to take care in this and we have to feed and make our dog behave well and respect every human being as we do.” Sneha said with utmost feel.

Sneha’s words told that we have no right to attack on any man, even though he is bad. If he is bad, he should be handled and punished by society (group of good people) or the law and order system. But where this system is working perfect? The political power and money and pride are the commanders of this law and system.

Smita is unable to solve the problem. Sneha is determined to solve her problem by herself.

*****
Sneha is going to college and this time her Doberman is with her. They reached the Bunyan tree. As usual he came from behind the tree. He is walking behind Sneha.

Doberman saw that hoot and did not give a hoot to that stalker. Sneha wondered.

Doberman has to react aggressively towards a new person. Why he did not react?

“Of course, why are you coming from that Banyan tree, everyday. I saw you here many times.”

Sneha asked him in a soft voice. She heard him speaking in a very soft and well behaved voice and he looks innocent.

“My house is behind that Banyan tree. I am working in the tile factory behind that college. I look for you to come and then I start to go to the factory. Then the timing will be perfect. I don’t have a wall clock or watch in my house. This is my factory dress, It is almost like uniform, you may think this, madam,” The stalker said.

“I am sneha. What is your name?” Sneha asked.

They are talking till they reached the college. Before going in to college, Sneha gave a slip with her address.

“That factory owner is my grandpa. Come to my home on next Sunday for dinner.” She said.

“Thank You Rupesh.” She said with a sweet smile.

“What about Doberman? Who will take him to home?” Rupesh asked with doubt.

“There is no problem. He will go home without anybody’s assistance, where ever he is left in the city.” Sneha said.

As she entered the college, Doberman returned to go home.

Rupesh crossed the college to reach the factory in time.