You are here: Home / Funny and Hilarious / An Interaction With Lord Shiva 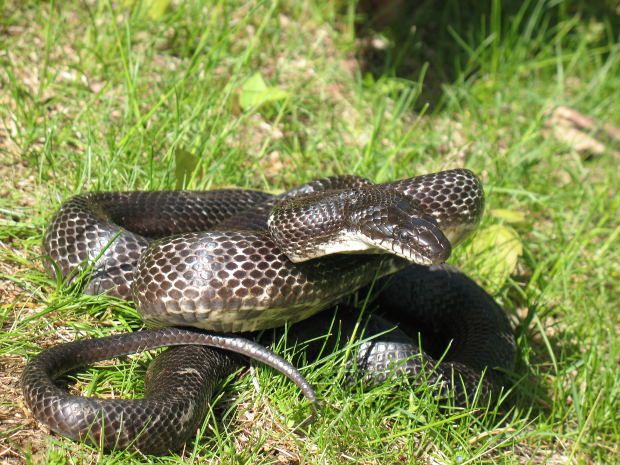 Monday is the first day of week but worst day for an employee. This is the day I get ready for office as a prisoner who has been sentenced to hang till death, having no other option. Somehow I could complete my precious sleeping dose of 8 hrs and could wake up at 6’o clock morning. I prepared myself for office and start moving toward IFFCO chouk. In Gurgaon, IFFCO chouk is the place, crowded by people waiting for private cabs to reach their offices. I also had to catch my cab to reach my office at Nehru Place, New Delhi.

Before reaching to the interesting part of this story let me bring some inherent thoughts to you having most of us for GOD. All we must believe that something and somewhere is God whom we can’t see but God sees us every time and observes what are we doing and awards or punishes us accordingly. We have been told by our parents or our grandparents that God can come anywhere at any time and in any form. This is inherent thought within us. We believe Rat is idol of Lord Ganesh,Monkey is idol of Lord Hanuman and Snake is idol of Lord Shiva…..there are other examples too…Now the rest part of story is in between me and idol of Lord Shiva i.e. a snake…….

Usually I don’t have enough time to go by walking to my stop. Most of the time I have to rush to catch my cab. Fortunately today I got ready before time so I was moving very slowly with close observations to the happenings on my way. I could saw people were coming and going and I observed few ones very closely as it is a moral duty of every bachelor. Distance between sec -17 to IFFCO chouk is about 500 mtrs and I could complete half of the distance.

Suddenly a boy came from opposite direction to me and stopped me by pronounced loudly “Jai Bhole Shankar, aaj bhole baba ka din hai”…..

That boy would be 12 to 14 years old and wore a dirty black kurta (I guess original colour was cream or dusty white) and lungi. Boy was completely wrapped with these clothes having long curly hairs which may not have been washed since have grown on his head. His complexion was Z black which contrasts to his teeth….This chhota baba had big eyes with aggressive expressions as he is the only one who is representing Lord Shiva on earth. He had one round wooden box (may call pitari) which was in his bag hanged on his shoulder. He opened and closed his eyes so many times in a minute and brought pitari out and opened it by taking the name of Lord Shiva……He shown it to me…It was an approx. 6 ft long snake resting in such a small box. He urged to devote as per my wish to Bhole Baba and started giving blessing to me that all your wishes will be fulfilled by Baba.

I started to find a rupee coin in all my possible pockets to devote to this religious beggar; however I failed to find any coin and finally opened my valet to take out the least note I had. I did not know but I was noticed by him……Finally I took out a note of Rs. 10 and handed over to 6 ft personality lying inside the box and prayed with folded hands. I thought now it is over and I should move to IFFCO chouk where people were doing their bit except me, who was involved in religious conversation with a religious beggar. But for him it was not finished but just a start……

Boy –  Do you know, even earning a lot why people are not happy or satisfied in their life?

I said no innocently!

Boy –  answer is very obvious….people don’t acknowledge the great results to god which actually they achieve only by god’s blessings. Everybody wants to earn lots and lots money but they devote least to least for the name of god……

Words sounded too good to follow….I did not know but something has happened to me because of which I was listening to him only and ready to do what he asked to do….

Boy –  Just show me the biggest note you have. With this I will pray for you and after completing my prayer same will be returned to you…..Dont worry you already have devoted your bit to baba……

I opened my valet again and took the biggest note I had that time and it was Rs. 500 with smiling emblem of Gandhi Ji who must be laughing at me or at the game were going on between us.

He rounded the note around the snake 3 to 4 times and started folding the note and converted it to as small as it could be. Now the note became thicker and he again rounded it around the snake 6 to 7 times. I was stand still to observe ….Now boy took the note in one hand in between his first two fingers and hold snake by neck in other hand. Now the snake and note is in front of each other……he did something and snake opened his mouth to eat something. It was a Rs. 500 note which became day meal of snake. I was shocked!!!! How It could be? How can snake eat paper? Actually it was a paper for snake but was Rs. 500 for me……..

By the time I came out of this strange scene boy was whispering something with snake as they are best friend and understand emotions of each other…..Snake had closed his mouth and again went to his original position…..may be to digest the meal he had….

Me  –  hey!!! what is this? where is my money which you was suppose to return me after your prayer….return my money just now!!!!!

Boy –  You must be happy that Lord Shiva has accepted the Prasad, you have devoted to him……there are very few who had such a wonderful chance and you are one of them…….

Now I was not in mood to listen any such religious or spiritual theories or concepts…I just wanted my money back which probably my one day salary. I had to work for 8 to 10 hrs to earn such an amount which he had earned with in 5 minutes….logically he was much more efficient than me!!!!

Now I lost all my patience and stared shouting on him and asked to return my money. Few minutes back I was observing the happenings on my way and now I became the happening on the way or became a fool.

Boy – Why don’t you understand I don’t have your money but it is with Lord Shiva. By asking back your money you are insulting him which may cost heavily to you!!!!!

Now I understood completely that I lost my Rs. 500 in this morning show…….

Just like a defeated soldier I moved toward my cab and reached to office on time. Entire day had gone with my routine work but I could not forgot the morning scene and even for next few days…..lost those Rs. 500 was not as important as the boy made me fool. It was appeared that he was smarter, wiser and clever than me.