You are here: Home / Funny and Hilarious / Justify The Right Reason 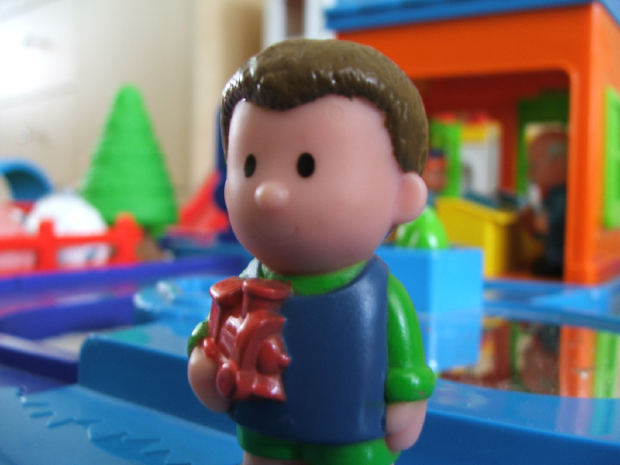 There was a beautiful village. The village has only three hundred of total population. The people of the village meet once in the evening or in the night. There will not be a big matter to speak. However, they come out and speak general topics. Mostly the topic would be about the spiritual, politics, and happenings in the village. Any person creates a passage by removing the fallen tree or removing disturbing small plants or baby trees would be great news. The people in the village speak about it and appreciate the person who, helped people of the village in going freely to the shop.

There are not many shops in the village; only an old woman is selling cigarette and daily home needs. There are another two shops, with the distance of two hundred meters. They are stocking all kinds of goods; even they cannot provide bulk quantity to the person. However, they can sell one-month provision to the family.  Always a suffering family for money would be trying to open a shop, but the shop remains to the village only for a month or two months, it is unfortunate people is not with encouraging mind.

People who gather in the corner of the village to discuss all the regular affairs count is reduced now, only a ten or less than ten people gather and discuss about any issues or gossiping now. Their present topic is only about a boy who is just old eight years. His father and mother passed away, only his grandmother and he is staying together and the lady is eighty years old she is not able to control him. The boy may go to school, at times, he may not go his entire wish nobody there for him to dictate.

The boy one day saw the big tree on the path, nobody is there to care, and people went in long route to reach their destinations. The boy tied the tree in a rope and cycled it for a long away. The end of the night people gathered only appreciated that boy for his quick help to the common public in the village.

One area of the village had no water supply. The boy noticed there is a pipeline going in underground. The boy searched the block in the pipe and removed it simply. The same night people gathered and discussed about the boy’s brain sharpness and they called him personally and appreciated him on behalf of the village people.

It was a cloudy day. The birds are moving around with noises. The boy had a mood to play in the front yard of his home. He created a tool to hit the birds. The boy started hitting the birds. This is the first time in the boy’s lifetime he is able to see many birds and in various colors. The mood of the boy is to hit some colorful birds and to nest the birds in his home.

He started hitting the birds; unfortunately, he was not able to hit even a single bird to the land. While hitting the birds, he was using vulgar words, which is not used even in the village. A priest of a religion is staying near to his home; he watched the boy is doing dual sins at the same time.

He is using abusing words, which is not required to abuse the words, because they are also one of the beings living their lives. The second one is he is hitting the birds through the stones which is paining the birds. He said the boy to stop his vulgar words and to stop hitting the bird. The boy did not obey to the words of the priest.

The priest now prayed the god, fortunately there was big rain. The boy went to his home. The priest thanked the god for his action; because his purpose is solved, the rain stopped the bad activity of the boy at once.

In a short time, the rain was stopped. The boy was happy, brought his tool to hit the birds, started abusing the birds and nature, and started hitting the birds once again very interestingly. The priest noticed this, again he started praying deeply to find the solution for this issue, this time big thunder came and hit the priest and the priest died. The boy even not aware about this prayer or his death he is at his play only.

The next day as usual villagers gathered at a place, and they discussed seriously about this issue happen in the village, they are not able to justify the action of the god.