You are here: Home / Editor's Choice / There Will Be Blood

This hilarious short story is selected as Editor’s Choice 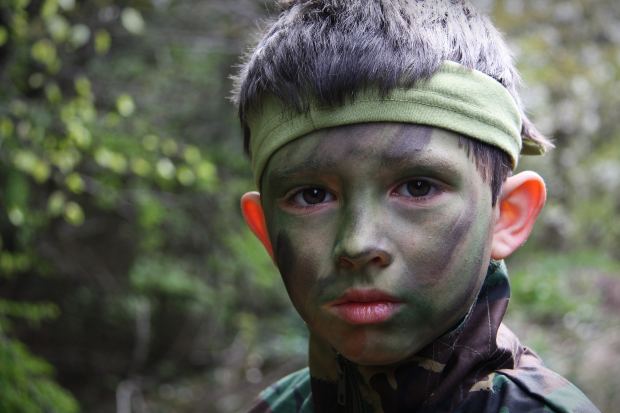 Hilarious Short Story – There will be blood
Photo credit: wintersixfour from morguefile.com
(Note: Image does not illustrate or has any resemblance with characters depicted in the story)

“You know what would I do if I catch that pernicious little bastard? You know what modern and medieval methods of torture I will employ against his tiny black arse? Let me tell you. For starters and just for guiltless fun I’ll slit his throat with my nails, you see I’ve been growing them lately, and then when the slimy dimwit will begin to leak I’ll stuff his throat with sand and the cuffs of my white linen he has bravely pissed on. Then I’ll push my finger up his –”

“For God’s sake stop! I’m trying to eat here!”, I shrieked as my brother progressed on the details of macabre he was going to execute. And before you infer anything whatsoever I’d like to tell you he was talking about a mouse. Not an ordinary harmless one, mind you. “He is pure evil. Some sort of a relative to Satan. On the maternal side of course”, my brother had informed me.

My brother and this maternal uncle of Satan had a long history of bloodshed and faeces between them. In a fairly big house with fairly big rooms and such a vast area to relieve itself, the mouse found my brother’s clothes the most appropriate and cozy place to piss. The stain then would shape itself in a form of a map of an unknown nation which, not to talk of, made my brother witless and cry for revenge.

“Oh! What would I give to make him wear a crisp and white linen shirt! And you know what will I do then? I’ll piss on it. And be assured my piss will make a nation that exists..”, he swore with his dirty stinking linen in his hands. My job was to look amazed. It was a fairly easy one.

But the important and the more tougher job was to nab that intruder. More so after the following incident.
……………..

My brother loved this girl in his school and the damn slam books were in fashion. Never in his waking life my brother thought that this cute, uppish girl would give him her slam book to fill. It was like exchanging BBM pins. That day he was excited to a fairly irritating measure. He read the questions out aloud from the slam book, and spoke the possible silly answers which he had in mind out loud, along with the possible inferences the girl could draw out of those answers he still had in mind out loud. And then in a hushed tone asked me: “Hmm?”

To which I politely replied: “Go to Hell.”

“I think I should see what her other friends have written!”

The night was extremely long and the voluminous questionnaire of the damn book (you see what I did there) made it exactly six years longer. After filling up answers to poignant questions like “Your most embarrassing moment!” and “Your first crush”, my brother called truce and slept for the general benefit of mankind. He slept as a child. Content and happy.

But fate would have him crazy as a mad buffalo. The mouse ate the slam-book! Things just went personal.
…………….

The morning was proving to be longer than the night. The mad buffalo demanded blood. He speared from one room to another with the half eaten slam book. I was indulging myself in the delights of a hot tea and some dozen biscuits.

“He eats our shirts. He eats our shoes. He eats our soon-to-be girlfriend’s slam-books. He converts them into piss and black sh*t.” He looked blank when he uttered this monologue. Something decisive was about to happen, I sensed. I deemed it right to put my biscuit down.

“No! Are you out of your freaking wits? I am not ‘alright’! I am far from ‘alright’. If I am in India ‘alright’ is in Ontario! I am ‘alwrong’ if that is a word! No, no, no!” I had one thought regarding this, and that concerned with the existence of word alwrong. I took my biscuit again.

Minty was a top notch mouse-assassin. “He thinks like a mouse. He looks like a mouse. And I’d bet your cute toes he will kill this son of a mouse.” My brother, concise as ever described to me who Minty was.

Finally Minty came. And, astonishingly, he looked like a mouse, sans the whiskers and the fact that mouses looked cute. He had three kind of traps, a knife and a scissor. And a band-aid too. He was thrilled to work with my brother.

“What does an artist seek if not inspiring patronage?” He said dewy-eyed to my brother.

“I appreciate your kind words Minty. But let’s not get too carried away. What we have got here is an uber-evil mouse. He is profoundly satanic. He is the Mephistopheles. He is Lucifer. He is related to that family tree. He defines evil, like “The Shining” defines horror! If someone in a busy hill station haughtily asks you,”What is evil?”, you show him this damned mouse. He is beyond evil. He is evil spelled backwards..”

“Evil spelled backwards is ‘live’.” I interrupted the inspiring rhetoric.

“Yeah, man! And “The Shining”! It was really scary man!” He said in his mouse like squeaky voice followed by an unnecessary grin. My brother wasn’t grinning.
…………..

The preparations were extensive. Through painstakingly careful observation and immense spare time we were able to trace where the mouse lived. It was the old wooden shoe rack. There were motley shoes and slippers lying around it. The shoe rack was placed in a open space which was accessible from doors of the dining hall, the bedroom, and the living room. It was thus enclosed from three sides and and the only way out was towards the garden through a gallery.

“It’s a fortress!” Minty said in amazement. “If we could just know where he is right now..”

“I know..” I uttered gravely as if disclosing a scandalous secret. “I know..”

“Where?”, shrieked the hunters.

“Where else? In the kitchen. He ought to be in the kitchen, fondling with our parent’s hard earned food..”

My brother patted my back. He was proud of me. He finally thought I could do something with my life. I could see tears. “So..”, he spoke retaining his composure, “..we have ourselves the task cut out.”

“I surely will! And man how do you like that I’ve set the most lethal trap at the dining room door. We will catch that bird before it even flies.”, beamed Minty.

“Pure genius, my boy, pure genius. And lively imagery too!”, reflected my brother. The trap was lethal enough, like the one we see in Tom & Jerry, with death written all over it. We put a crumb of fresh bread as a bait. I ate the remaining big crumb.

Chapter 6: There Will Be Blood!

We took our positions. All the doors were locked except the dining room’s. I was standing inside the dining room in front of the kitchen door from where my brother was to scare the rodent away. Minty was standing outside at the start of gallery with a leather shoe and a scissor in his hands. “Just in case things went ugly..”, he explained. The time was ripe.

My brother as planned barged into the kitchen. We stood stunned at our positions, awed by his valour. There wasn’t a sound for some strenuous seconds. The silence was dreary. I could hear the clock ticking ominously. Then suddenly my brother roared as if a mad bull and with the cricket bat in his hand chased away the spiteful rodent out of the kitchen. The mouse presently came to the dining hall where I shrieked at him with a pillow in my hand. He turned away and was just before the trap set at the door when he took a slight left and braved past the fatal trap. As soon as I saw this I ran towards the mouse into the open space where Minty was standing. Minty seeing me chasing the mouse and howling, deemed it fit to end it there and then. He threw the leather shoe with his sheer strength, and missed. He missed by a vertical metre and a half, that made the shoe hit my nose which started to bleed profusely. I uttered a cry that a fly would have heard and they don’t have ears. My brother heard me shrieking so and came running out of the dining room, only to step on the trap set up ingeniously by Minty at the dining room door. The trap closed on his feet. Two of his foot’s fingers were cut partially in half.

“Who put the freaking trap in here!” He uttered a cry that a fly would have gone deaf, and I have told you they don’t have ears.

“I am so sorry. I just missed the mouse!”, pleaded Minty. My brother was meanwhile still screaming and no one had a clue where the mouse was.

“No you didn’d!” I said with my hand on my broken nose. “You midd id by a diddance, Mindy! You hid my node you, idiod!”

“What?” replied Minty, confused, as I mispronounced my S’s and T’s. “And man, my name’s Minty!” I could have killed him then. And I say it as his friend and a well wisher.

Finally, my brother stopped screaming and we put him on the couch. The whole floor was stained with our blood. Minty gave some tissues to me and some cotton and a band-aid to my brother. We didn’t know what one does when bludgeoned by a leather shoe or have feet cropped off by a trap. It was miserable. We decided to call it a day.