You are here: Home / Funny and Hilarious / Train Pain 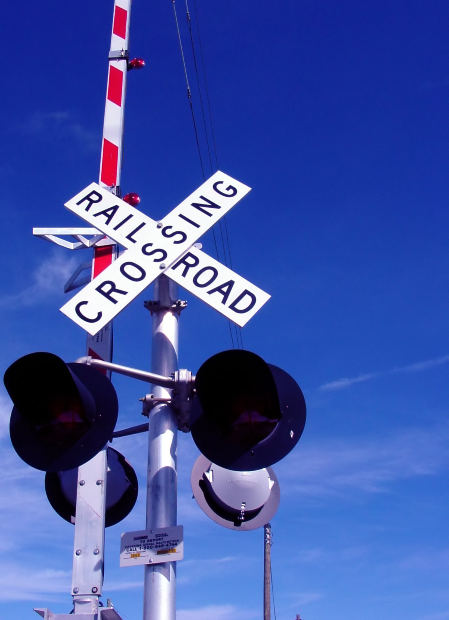 For a first-timer commuter, traveling in the train could be quite “hazardous.” If he is newly employed in another city and has opted for commuting on a daily basis from his home town, then as soon as he boards a train his ordeal would begin. This is the story of a new commuter, by the name of Harish, who experienced traveling perils on a typical day, where hundreds of daily commuters at the station, waited restlessly to catch their train.

The platforms at the station are always full of people. The ordeal starts when the train to board is sighted at a distance before touching the precincts of the platform.  Some commuters start moving forward to ready themselves to board the designated coach. There is almost chaos when the train comes to a halt. People concentrated on every entrance door of the coaches.

Harish is confused whether to go backward or forward and while he was wondering about it, a number of persons scurrying past, bumped hard into him. He almost lost his balance. Without wasting anymore time he managed to squeeze into one of the packed general coaches. It was crowded and there was hardly standing space. A semblance of free space was hardly seen anywhere. He felt the “oxygen” levels were low and foul smelling carbon dioxide wafted in the air.

After a couple of tortuous minutes the train started to move. And Lo! The train suddenly jerked to a halt. He heard some curses coming from some commuters. Harish wondered why the train stopped suddenly.

“Why did the train stop?” asked Harish to a fellow commuter.

“Some body has pulled the emergency chain to stop the train” answered the commuter.

Harish now knew why some were cursing the chain-puller. Daily commuters would be late for work.

“Excuse me…can you tell me where this train is going?” asked a passenger with a puzzled look.

Harish was dumb-struck. Why is he asking this question after boarding the train? And that too when the train has already started to move? He thought he was stupid to travel like this, but it appears that there are lot stupider people.

“Where do you want to go?” counter asked Harish.

“I don’t know” replied the passenger.

Harish kept looking and soon realized that the passenger might be drunk. To confirm it, Harish leaned forward nearer to the passenger’s face. He could make out a mild alcoholic stench that confirmed the passenger’s stupor. But because of other overpowering “fragrances” during this time in the coach, the alcoholic smell was well camouflaged. Harish wondered how he could guide to passenger.

“Okay, when the train halts at the next station get down and meet the station master….he will guide you” advised Harish.

The passenger nodded his head and Harish felt he had done the right thing. When the train finally moved on, Harish felt dehydrated. After all, it was the summer month of May. Although the train had picked up speed being the time of season the wind was warm adding discomfort in the crowded environment.

Things became a bit easier after the train had departed the second station. There was more “breathing space” and Harish moved on to a seat near the window. He was fortunate to get the seat as a daily commuter gave him the seat prior to his alighting at a particular station. Harish’s comfort was short-lived as he overheard about regular commuters of a certain station being rowdy and bullying around that would make any commuting novice feel terrorized. He tried hard not to think much of such specimen of commuters, but it kept creeping into his mind.

Soon that certain station arrived and as the train slowed down to a halt, Harish could hear shouts and yelling of the waiting public. The din reminded him of a battle to follow. The train halted “reluctantly” and when the last passenger had got past the door of the coach, the waiting commuters rushed in with a roar occupying any form of space. Their mode of entry and seat occupation gave Harish the jitters. The rushing in was furious enough to remind Harish of bullets fired in successive bursts from a machine gun. He instinctively held on to his seat tightly, otherwise he would have been swept away from his seat.

Laughing and loud talking rent the air. And even shouting from the last boarded commuters drowned every other noise. This was quite painful to Harish’s ears. A daily commuter who couldn’t get a seat noticed Harish. Eying him the commuter said, “Just squeeze in a little….I’ll be able to sit.”

“This seat is meant for one person….and where the space is for another?” Harish reasoned.

“I am requesting you to give some space.” Said the commuter firmly.

Harish wondered whether the commuter was genuinely requesting or rudely asking with a tinge of bossism. The tone certainly did not sound friendly. Harish realized that the commuter was rather making a veiled threat in the name of “requesting”.  Harish was compelled to share the single seat with the commuter. He gradually flattened to the window as the commuter continuously readjusted his sitting position in that 2 square inch of space.

Vendors, who were allowed to enter general coaches, sold peanuts, pan masalas, other eatables, etc. were hardly hindered by the crowd. Harish blinked with wonder as to how these vendors glided through packed coaches of the train.

The train moved on until it was time for Harish to alight the train as his station was approaching. He thought he would wait till the train had stopped at the platform. But a fellow passenger sensing Harish to be a commuting novice, advised him to get close to the exit door now. Considering it to be sound advice, Harish got up and edged towards the doorway but couldn’t get any nearer.

The train came to a jerky halt. Harish immediately felt the pressure of pushing from a pack of daily commuters from behind. As the passengers, in front of him were furiously pushing and pulling to get out one-by-one, the doorway appeared too small. And after all, they all have to get out before the train signals departure.

Harish was pushed so badly, on the way out, that he felt like a crushed sandwich. After coming out of the coach he looked at himself and thought he must have survived a cyclone. His polished shoes were dusty in addition to some scratches, his hair disheveled, his well-ironed shirt wrinkled, and his bag a crumpled mass!