You are here: Home / Funny and Hilarious / The Entrance Saga 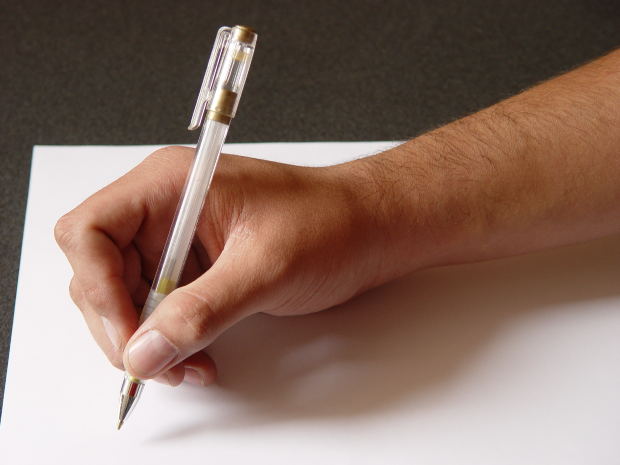 I was about to have that last bite of that  snack at the eatery when my friend ran towards me shouting the results were out. I started trembling. Its not that I did not anticipate it to be bad but I did not want it so early. I thought how merciless could God be  to spoil a excellent summer evening by letting out my Entrance exam results. I rushed towards the exam center to find a huge rush of nervous students all pouncing on each other to have a view of their future.

I also sneaked in midst them and saw my ranking. I did not care for a second look and it was not worth of it either but I was a little satisfied not only it was slightly higher than my expectations and also because it was much better that my buddy Pawan’s. I trotted home, the briskness maintained to make sure that I do not meet any of my friends or relatives midway.

I went home with a sad face and my parents already knew by the expression face that my future was bleak. I announced my number and my dad screamed “is that your ranking or telephone number”?. My dad makes the best joke of the year and I could not laugh!

My dad and mom went on ridiculing all my habits and my laid back attitude which he has been doing since my Grade 2 and I too managed to drop a tear or two and soon it was dinner time and my mom stopped sobbing and forced me for the dinner. I completely denied not that I was too sad but my evening snacks were still lingering and I retired to my room

I did not care to call up any of my friends as I was sure that they would relish on my results more than theirs. I was also thinking to go to drawing room(yes the landline was in drawing room,no mobiles years remember!!!) and call up Pawan and pacify him later when my dad’s temper is low enough to tolerate my face. I was almost retiring to bed when I heard Pawan’s voice calling me from outside. I went out immediately and saw a gang of three.

My dad immediately turned towards me with a questioning look. I answered meekly with a tone of induced humbleness “Pawan’s ranking is much lower and Karthik and Ganesh have not even reached their eligibility score for Entrance”

Pawan finally broke it “would care to join for a walk?”

“Given the situation, it is risky considering the drama has just concluded at home…”I responded with a lighter tone.

“Moron, you are never serious “with a pitiful tone .

I had a strange feeling that something was terribly wrong. I was feeling the same sympathetic tone in his voice which I was actually trying to display to him.

He said “Just to be on the safer path, I am going to the degree colleges tomorrow to get  applications if at all I do not get into engineering colleges. Would you join us”

At that time,Getting into pure science undergrad courses was an option for who failed miserably to get an Engineering or Medical admission and amongst  my relatives such a one was regarded as a total loser.I definitely did not want to prove that more now.

“No dude I will go for engineering” I replied

I gave back. “You know my neighbor Diwakar got into the engineering last year “

My friend gave that confused look again and asked” But His ranking was much better than yours.His was 1946 ?”

“Mine is close to it too” and I told him the number.

As soon as my mentioned my number Karthik gave that unpleasing smile and said” dude you have missed a digit”!!!!!!I got a shiver down my spine for the second time in the day

Next moment I was running like a bullet out of a gun on the road towards the college and did not stop praying to all the gods all the way.I pledged all the religious offerings,picked up the coconut from the vendor outside the temple midway,but finding the temple closed I stopped by a street side church and offered my prayers though not very sure if Jesus accepted coconuts and just wished all my friends had an oversight but me.

The result papers were smudged on the gravel finish walls and all the Gods went against my prayers and Karthik was right. I had missed a digit. The paper bit which showed my first digit was slightly torn and that lead to the worst oversight of my life. No Coconuts for you Ganesha!!!No 1000 prostrations for you Shiva!!!I am an atheist!!

I cursed my misdoings throughout the year, cursed my company, cursed the Udaya channel for airing the best of the movies during the exam time.I even cursed the office boy for  pasting the results on that wall and the architect of the building who had given it the gravel finish.

I didn’t have the bone to announce this at home and waited for the next morning and spent the whole night continuing my cursing .Next morning as soon as my dad left for work and my mom was about to leave,I said “Amma, I had an oversight while checking the results yesterday” with my face turned the other direction. My mom jumped with a gleeful tone said”oh is it,I thought so”I immediately knew that I had given a wrong message and I turned and explained.

I spent the next fifteen days till the Entrance counseling in our native,a village little far from the city as an escapade from my achiever friends. The village Ramotsav car festival which I had not attended all these years suddenly appeared very important to me.

On the D-day I was in counseling hall for Engineering admissions and found it so much empty.

The hall was with the last rankers who had not much options and not much hopes.

I saw a twin boys along with their fathers on a bench ahead of me.I could notice by the note in their hands that their ranking were few numbers better than mine and that means they would be called before  me for the choosing the seat.I could not help over hear their conversation.

Twin2”Yes,I see there is just one telecommunication seat available there and I would definitely opt for it if stays in the list till my turn”

I pitched in,”That college is a mess and morever telecom engineering is a total waste of time.My brother did that 3 years back and is still jobless”

“My other brother studied Mechanical Engineering at TSIT and he was recruited by Minfosys.There are just 3 seats left.I hope it is not picked by anyone else till my turn.”I added.

The twins looked at each other and then at their father and apparently I had influenced their decision.

Soon, It was the twins’ turn and they choose Mechanical Engineering at TSIT.

Twin1:”You are lucky,you still have a seat vacant” waving at me as he was moving out from the hall.

I went in and choose telecommunication Engineering at TPS.I came out of the hall with an Engineering seat at remote college in Bangalore and a ton of  remorse for playing a mean trick on those twins. I feel guilty of that action to this day.

Thanks to the caste system of India,there is a politician for every caste and every politician has an Engineering college somewhere in our state and I ended up in one .

Three months later I was sitting in one such college unknown to many people in a remote place in Bangalore It looked more like a government rural primary school. But anyways I was all fired up with conviction to become one the best engineers of all times. I had promised myself that I will never again miss any lecture and never make more than necessary friends.

I could see that all boys and girls next to me were also here out of their bad results in their schools and I could  feel that each had sense of self pity.

The guy next to me introduced himself and later by the end of the day we were a gang of eight people. Next day as we were waiting for the lecture, guy next to me asked”we are all skipping this lecture and have a tea in the canteen.Would you care to join us?”I gave a scornfull NO.

He said”I hear this lecturer is a total waste of time.He just confuses us more and it is better if we go home and study the subject ourselves”

I said”Yes,I think you are right.I will rather go home and study?”

I joined them all for tea…during every class for the next four years!!!