You are here: Home / Funny and Hilarious / MY FRIEND NUTTY 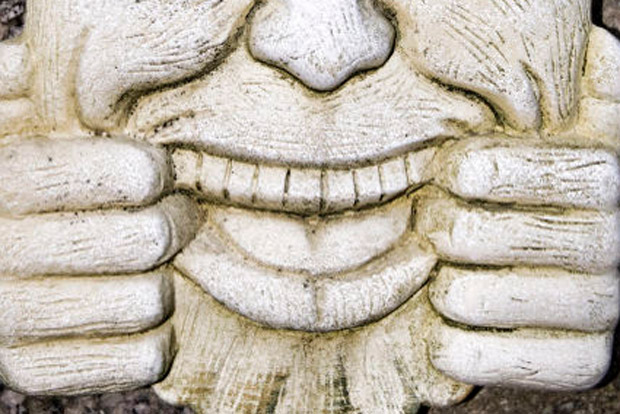 I have a friend and she is different. We call her Nutty.

Nutty grabs eye-balls where ever she goes. She has got these two beautiful really big eyes that closely resemble to this very important bird, an Owl, it is called; Just that hers seem to pop a little bit out of the socket!

Her teeth  are arranged in a string of white pearls, and whenever she flashes her electric smile, people would love her so much that they immediately start yelling, ‘ Oh ,bunny, my darling bunny!’

No wonders, her front two teeth that just fail to accommodate within the perimeter of her mouth, always add shine to her smile. (As I am writing this I am flashing one, from ear to ear!)

People love her hair-dos. Whenever Nutty flaunts her new hair-dos and as soon as people notice that, an endless chain of strange and weird tales of spooky cats and dogs explodes ultimately bursting into a series of laughter.

Nutty doesn’t mind it; in fact, she would gladly join others….

Another round of laughter explodes.

Once Nutty, (being a fan of Priyanka Chopra) resolved to get her shapeless existence in shape and to feel more ‘light’. So she joined a Gym where a Macho looking trainer promised to turn ugly ducklings into sexy chicks.

For one month, she toiled up the thorny path with much perseverance. She gave on her ice-creams, the supply of her pizza delivery reduced drastically, the chocolate business suffered a major blow and the fast food centres went slow.

She would wake up early in the morning ,(and in order to stick to her schedule she chose to sleep with her snoring granny, who snores rose so high in the air that even Dracula could not dream of a sound sleep.), she ran and panted, Hmmph.. hmmph.. panted and ran, every five minutes. She told me once that somebody clapped when she ran. I simply didn’t have the heart to tell her that it was not anybody else, but her own cellulite covered thighs cheering her on.

On the D-day, with much anticipation and with her pumping and jumping heart, she hopped on the weight machine, and her already popping eyes rolled out a bit more when the wretched sleek piece of aluminium nearly completed one half cycle on the scale.

People waiting for their turns stand up on their toes, raised their heels as high as they can, each one raising himself above the head of others with their jaws dropped open .

She hit the gym back next morning, this time much harder.

The gym is yet to repair its front wall while she lost her car.

“He Farts.” she said it aloud, and then whispered into the man’s ear “A lot.”

The house turned into Nagasaki-Hiroshima site as if the bomb had just exploded right in front of them. Four pair of eyes shifted their gazes towards her grandfather as the man, his wife, the groom and her granny turned their heads towards him while her parents threw a ‘YOU-ARE-DEAD’ look on her. Her grandfather unable to perceive anything, grinned his toothless grin.

“Oh, No! Don’t worry. The timings are from 7 pm to 7 am, we still have another two bomb free hours with us.”  She was just being honest.

The Family melted into the air never to be seen or heard of again.

It happened one day that she was ALL-ALONE in her three-bedroom house when she sensed somebody just rushed past her bed room. Her invisible antennas sensed the danger immediately.

Slowly and carefully, step by step, she moved towards her bed room. There was no noise from either sides .Smart Pants, Huh? She whispered to herself.

She grabbed a big fat base ball bat (in sync with her size!) that had been kept specially for knocking the crooks down.

Okay, now, bring it on!! She cried with the base ball bat holding high in the air.

” C’omn, One-on-one.”  She roared, though her roaring was barely audible, even to herself.

” Okay, I ‘ll count till ten, come out otherwise I ‘ll smash your head down with this bat.”

This time she was able to frighten him, as she heard that soft, muffled crackling sound of papers,probably of the papers lying on the side table.

“TEN,NINE,EIGHT..” She started the counting; today he was going to pee in his pants for sure.

“ONE, So let it be… “She pushed the door wide open with one hand while still holding the base ball bat in the other hand. As soon as she opened it , she flung herself four steps back from the door.

There was no sign of any living soul in the room.

She inspected the room with the corner of her eyes, still holding the bat with both of her hands. She moved forward, but to be on safer side, she didn’t enter the room and just stood at the door, very alert.

No trace of any life.

And IT DID. It really did.

Just above her head, it crawled on the door frame. The base ball bat fell on the ground just like a ripened fruit fells from the ground.

Two seconds later both of them were hiding from each other.

The battle has to be ended, so she took this big and important decision.

She spent rest of the afternoon sitting outside in the porch, until the family came back.