You are here: Home / Funny and Hilarious / Daydreaming Elf 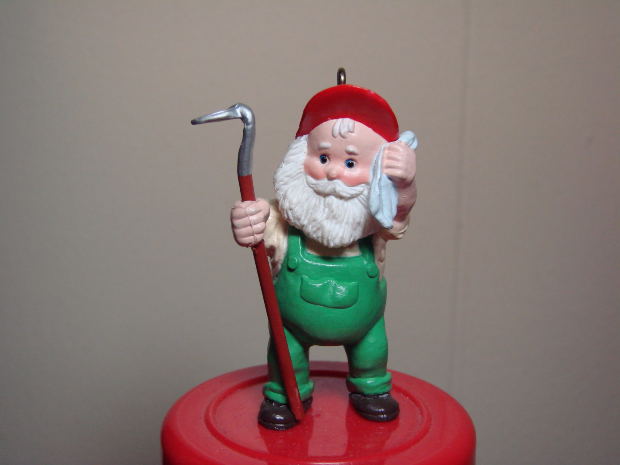 Gwendyn fired three arrows towards assaulting dwarfs. All three sang a wonderful whistling melody, quickly flying over heads of defenders. They found home in attackers’ bodies, and the dwarfs collapsed.

Gwendyn was standing on a platform adjacent to a three meter high wall of thorns protecting the Sacred Oak. Neither dwarfs nor any other creatures had ever been able to conquer the land of Elves. Their capital was undefeated.

This assault was about to finish soon too. Gwendyn’s section of fortifications was clear. There was still some fighting in several other places, but definitely the Elves won. Soon the enemy was completely repulsed.

Gwendyn looked at the meadow in front of the fortifications. Usually it was covered with blossoms and beautiful flowers. He often stood on this platform just to wonder their terrific scent. Now all these wonderful flowers were under dead bodies of dwarfs which looked like pincushions. The bitter smell of death replaced nice scent of flowers.

He looked at the Sacred Oak.

“Glory to the defender!s” shouted Elvish women and children gathered around the holy tree.

Together with his fellow soldiers, Gwendyn saved his homeland…

“Gwnedyn! Give me that present! Come on, we need to hurry!”

Santa Claus’s voice ceased Gwendyn’s dreaming. Indeed, that battle had been long time ago, and now he worked for Santa.

Walking towards his boss, Gwendyn looked down at the present in his hands. It was a bow and it made his memories return. Now he was not an Elvish soldier but Santa’s assistant. For Elves he was a renegade, an outcast.

Partially it was Santa’s fault. One day he lost a Christmas present over the Elvish forest. It must have accidently fell off his sledge, and Gwendyn found it among the trees.

Two days later Gwendyn was rejected by his society. He had been expelled from the Sacred Oak community for leaving a heap of garbage in the Holy Forest. Indeed, he left some candies wrappers and chocolate bars papers, some empty chips packages, an empty plastic Coca Cola bottle, and some tins. All these sweets and beverages came from the lost Santa’s present, of course.

Elvish council found Gwendyn guilty of sacrilege, and he was ordered to leave the Sacred Oak. However, was it fair to expel a hero who defended the Elvish capital only for leaving some garbage?

Fortunately Santa felt somehow, partially responsible for Gwendyn’s problems, and gave him a job. It was not bad, only at the end of each year there was a lot of work and also some night shifts.

The Christmas was close at hand, so Santa had to hurry together with his workers.

Gwendyn looked at the weapon in his hands once more.

“A wonderful composite bow.” thought he. “It is not made of wood, but of plastic fibres which are stronger and more elastic. And it also has pulleys which make pulling the bowstring much easier. If only I had such a bow during my service in the Sacred Oak community…”

He approached the Santa.

“May I just have one more look at the weapon, boss?” asked he.

Santa was not satisfied, but he agreed, even though there was really a lot of work before Christmas. After all, Santa was a very good employer. He had to be. Otherwise the trade unions could make him some troubles, and for Santa Claus his reputation was the most important.

Gwendyn was watching the pulley bow for another minute.

“It’s a fantastic weapon, boss.” he told to Santa.” But our Elvish bows are different. They are magic, and each one of them has magic runes written in different parts of the bow… Wait a moment, what’s that?”

Indeed there were also some runes on this bow. Gwendyn took a magnifying glass to read it. The letters were not very small, but Gwendyn still had problems with human language.

Santa didn’t have time to explain Gwendyn his mistake and just smiled. The elf had to finish the celebration of the wonderful weapon. He handed it to Santa and quickly ran to bring another present. The time was short. They had to hurry with Christmas preparations. During the Christmas Eve they were supposed to travel around the whole world…