This is the monologue of a father Vikram to his 8 month daughter Maaya.

Maaya I miss you so much. You have changed me so much over these days and I thank you for having made me the person I am now. 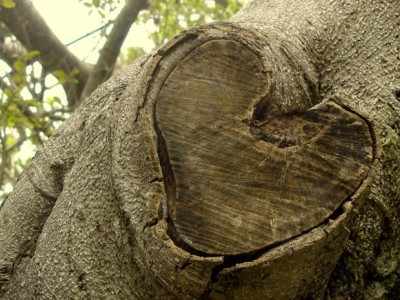 It’s so different and beautiful. I never thought this can be something that could change with me. I still remember fighting with Varsha over your name. It all seems to have happened just now.

It’s amazing that despite being so close to you, I still miss you. I feel that you are holding my finger with your entire hand. You want to know a secret? I have always hated kids. Till I saw you in a sonogram, that was my opinion about kids. Because I always thought that they were a huge responsibility. Also they were always screaming and in constant need for attention. And I frankly felt they were a pain. But the day I saw you in the sonogram holding Varsha’s hands, all of those fears went off in an instant. All we saw was one small spot moving. And I knew at that moment, that something this gorgeous could never be a pain and was worth anything in this world. And I mean ANYTHING.

You know what? I first met Varsha during my 1st year in college. She was wearing a white dress stained with coffee all over. She did not look astoundingly beautiful or anything. But she was something special I knew it that instant. It was not love at first sight, at least not for her. Finally after a week I saw her again. I saw her again in the canteen she was with her friends. I came with my friend. Her name was Shalini. I was with her because that was the start of the college and she was the only one I knew as she was from my school. And she was from ECE department. I asked her who that girl was and she said she had seen her in her class. After a week or something I came to know that her name was varsha. And to my luck she was Shalini’s best friend.

I still remember how I first spoke to her. It was near our college ground Shalini and Varsha were walking and I waved from the other side. She signalled that she was leaving in train. At that moment some instinct made me say that I was coming as well. I had a class in the afternoon and it was a practical session. I bunked it and left with them. I said hi to Varsha. That was the first time I spoke to her. Then while in train I found out that we have very few things common. Ok just two and that was that we both hate chocolates. Shalini got down at her stop. I and Varsha were still travelling and she got down in my stop (WOW was my minds voice).She stayed like 10 minutes away from my place. And so it began, we became good friends and then great friends.

We started going to places, like if she wanted to get something from the mart or something like that she would call me since I was nearby her house. I used to walk her to her house every day from the station. And on purpose we started taking the long route. My parents already liked her a lot and so did her parents like me. And by the final year we became really close to each other. There was one day when she was sitting in the station alone and crying because she had failed in one of her semester exams. I came late because I was waiting for a chance to play table tennis but ever got the chance. I went up to her and sat down near her and said “you know you look damn good when you cry”. She lifted her head. I said okay “maybe I was wrong” and smiled. She then wiped her tears and spoke to me and we were speaking everything under the sun. Then we saw the time it was 11 o clocks. She checked her mobile and saw 26 missed calls and 21 new messages. No wonder we dint see any train for a long time now. She called up her parents and informed that she was late because she had fainted etc. Then we decided to take a bus and right when we were about to start there was a train. Thank god the last train was late She said that I made her really happy and thanked me. I walked with her to her house and then reached home.

Things were going great between us and already people had started teasing us. Actually I was feeling happy about that. One day I said I had met with an accident and I was in bed in my house. She came running and found the house locked. There was a note and it was written “IF IT’S VARSHA COME UPSTAIRS, ANYONE ELSE ALSO COME UPSTAIRS”. She came up running and opened the door and saw a dark room just one small burning lamp. There was a note below the lamp which said “go to the next room”. Then she went to the next room and found room full of balloons and all of them were heart shaped balloons. There were so many balloons that when she opened the door all of them came pouring out. She kept calling to my mobile this whole time but I did not pick it up. Then finally she saw a not stuck on the window saying “OPEN THE NEXT DOOR” and then when she opened that door then to her surprise she found a vanilla cake surrounded by candles alone in which it was written “WANNA GIVE ‘US’ A TRY”. She was standing still there. I was on the other side of the door waiting for her to turn but she never did. I could see the side of her face glowing with the candle light. I thought she was looking down and messaging me. But she was wiping her eyes and turned and was shocked to find me standing there. She came close to me and whispered in my ears something that drove me crazy. I was so shocked to hear that. She said “BEFORE I SAY ANYTHING, I JUST WANNA SAY THAT YOUR ZIP IS OPEN”. Then she held my hand and dragged me near to her and said “YES I WOULD LOVE TO TORTURE YOU FOR THE REST OF MY LIFE”. The rest is history. It was hard getting out parents’ consent since I was a topper and she had difficulty in clearing her exams which eventually she did with a lot of help. After a long wait our parents accepted and we were MARRIED.

We both agreed that we did not want babies earlier so we decided to push that a bit towards the future. We were living our life to the fullest and were so much in love. After a year or so varsha was pregnant. We both were so happy that she was pregnant and we were going to have a baby. We were so happy and the whole world’s happiness was inside our heart. Then we decided not to invite one of our friends and she said that we should invite despite the cold war. After a while of argument I said, “OK HONEY, YOU WIN BUT YOU WILL HAVE TO INVITE HIM.” She agreed and left to invite him. She said she would take the car. She left in the car while I waved her bye through the window.

Little did I know that it was the last time I would be seeing her. After half an hour of her departure I got a call from an anonymous number. When I answered it a lady’s voice spoke, “Sir is this Vikram?”

“Yes I am Vikram speaking, who is this?”

“Sir this is Dr.Shekar from AM hospital, your wife has met with an accident and we would like you to come over immediately”

My face was sweating and my hands were shivering. I dint have a clue what to do just as face is wet with tears now. I started in my bike and went there really fast but it was too late. She was gone. Varsha was history. Now I am seeing the cradle and I am speaking to just the pillows, the cradle is as empty as my life. Because you were still in her and she was still pregnant. Though I am left alone I still have your memories to live with. Love you a lot and I miss you a lot Maaya.