You are here: Home / Editor's Choice / The End

‘Everyone says love hurts. But no, love never hurts. It isn’t meant to be. Love is beautiful. Love is divine. Love is sacred.

It’s just that losing that beloved-one hurts and wanting for them back KILLS!’ 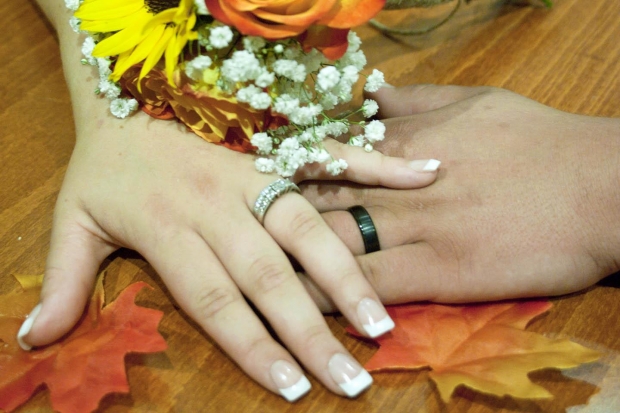 Chilly winds passed hard by and whispered in my ears, ‘the end’. My throat gathered a lump and my heart felt sick. The trouble that life brought seemed too much to bear.

Vani was there, just there, but I could not approach her.So near, but still so far.

After all these vacant years, I saw her today. I was still her Rupol but she was no longer my Vani, I realized.

“I have to go Rupol, I am sorry”, she folded her hands and her beautiful eyes flooded tears.

“And my life?  Without you?”. I stood motionless. Her hurtful words had emptied my emotions.

“But Vani …”,I said but she put her fingers on my lips. I kissed them.

“Rupol, this is what dad asked me in his last moments – to leave you”. Her voice had so much of pain. She hung her head.

“Leave me? Alone? To be torn apart?”. Life had no meaning left.

“Promise me, you will never find me”, she took a step back.

“Ask me to stop breathing, but I cannot make this promise”, I protested.

“You can …”, she stepped ahead to caress my cheeks.

I embraced my sweetheart but said nothing. She put her face on my chest and my heavy breaths blew her hair. I could hear her loud heartbeats. The thought of having a life without her stabbed my soul.

I was taken aback. She walked to the door and my world thrashed. I looked down the earth and wished to be cremated.

“And the ring? Our promise of being together? What about …”, I asked but paused as I looked up.

Her footsteps were taking her away. I said nothing and so did she. She walked out without turning back.

Soon, the morning dew of my life had left. Endless tears approached my eyes but I did not shed any.

The driver accelerated the bus the moment I stepped in. These drivers ill-treat passengers who step-in from the back gate, I thought. A misbalance in the bus always signalled a bad day ahead.

I moved to take an empty seat but an elderly man ran to occupy it. He looked tall, with a big belly, so I stood aside. I looked at him while standing in the packed bus. He gave a cunning smile and I abused him in my head.

As I turned my face looking for seats, I was stunned. The air smelt fragrant and the sunlight beamed the forehead of a lady.She was four seats ahead of me. She was my Vani.

Vani was the love of my life. We were the best of friends and lovers in college. But with the devil’s curse, she left me when her father died.

Her father was a Hindu priest and I being Rupol Ali, a Muslim, was what he hated the most. He was also an activist of Hindu Reformatory Society and his daughter having a muslim boyfriend was something he could never accept. So, when he breathed last, he asked his daughter to leave me. Saying this, his soul left his body and so did mine.

The priest made a combo deal. He died with one soul and took another soul with him.

But now, as I saw her after so many years, I broke my promise. I shed a tear. The bus was fully-packed but my eyes were on her only.

Fate had drawn us apart, but has brought a renewed hope again.

I reached my wallet and took out the ragged paper from the coin pocket. It had OUR LOVE IS ABOVE RELIGIONS written by Vani. I had preserved it. She used to call it our little‘love certificate’. It was so beautiful that my lips curved a smile again.

So today, I wanted to approach and surprise her. I knew as she would see me, she would hug me and cry in my lap.

I turned to the window-mirror for a reflection to check my appearance.

The sun shone brighter today. A clump of Gulmohar trees, aside the road, had beautiful red flowers. Spring had come – a wave of happiness in my life. I beheld a joy within. I always wanted to spend my life with her, to grow old with her.

We had been distanced for so long, but not anymore. I was thrilled for a new beginning. I took a deep breath and closed my eyes to pray.

But my prayer was suddenly obstructed as the driver took a power-brake. It threw me ahead. I tried to skip from her sight but I saw her. Her hair was still so straight and silky but something pinched my eyes.

It had sindoor* in it! (* Crimson – Hindu married women typically put crimson liner in their hair near forehead.)

My world took a turn-around in the slightest of a moment.

She was not my Vani, she was someone else’s wife. She had married someone. Time froze!

She was at the brisk of distances yet I could not scream. The spring had not brought any happiness, but a harsh truth – she was not my anymore, she was someone’s better-half now!

Suddenly, I felt the urge to run away with her but I could not. I should not, said my heart.

I bent again to see her. She was smiling. She was happy – happy without me. She had surely forgotten me. All these years, every night I slept with a dream to meet her someday. But today was not like something I had dreamt of. My head felt like being weighed tons. My feet became numb and my body went cold.

I sighed, gathered all my strength and approached.

I turned back and approached to the back-gate. The next stoppage was near-by.

As the bus stopped, I jumped out. A girl gazed me for jumping like a fool and being hurt, but it didn’t matter. My legs were not hurt, I was hurt.

“Forget marriage, I have never looked at any girl all these years. But she?”

I was cheated by her. She broke her promise of being mine forever.

“She does not love me anymore. I am no more a part of her life.” My breath ragged and strained.

Feeling lost again, I sat at the roadside like a beggar.  I looked round the city; it was too busy to stop for me. I gazed at the blue sky above.

LIFE MAY NOT OFFER THE SAME CHANCE TWICE said the board of Life Insurance Company. I wanted to shout, why was this chance given to me? Should I run to ruin her married life?

I wanted somebody to hug me. But no! I was all alone in this world. I broke down as I looked at the going bus. She was in it, happy.

It was just like yesterday when everything was so fine,

I was her and she was mine.

It was very much of our time.

But the time had flown away now. The going bus was the metaphor of Vani going away. I wanted to cry aloud but my lungs were jammed.

My eyes were staring the bus and suddenly everything changed in a moment. My ears rang with a noise and the hot wave of air shook me. I could not figure out the thing; the bus blasted

It was a bomb.

Tornadoes of ashes rose and I could not spot anything. The fumes of the burning bus filled the air and people ran all around. My eyes caught grime and scattered death all across the road. Probably, the bus was in two parts or three.One part had crashed into the cars on the road and the other part had gone into the shop nearby.

I ran towards it. The road was painted in black and red. Everyone was mourning with pain. It was chaos all around.

I ran for my Vani. The wounds of the past were unhealed; I could not bear a new one. We had many things unheard and unsaid. I did not want to lose the chance life had given me.

I ran for her life, our life, but I slipped on the road.The fall displaced my vertebral discs. The road felt hot and bloody. I never knew blood was so slippery.

I stood up to run again but a hand flew from the force and embraced my fall. It was apart from the shoulder. It was from the blast. It touched my cheeks. Though it was painted with blood, I could feel the pulsing blood within and its warmth.

I knew that warmth. I touched the fingers. It had a ring. I knew that ring too.

I cried and banged my head on the road. I held the palm. The sensation of the touch said the unspoken words. I cried a lot. Sooner, it went numb.

It had the same ring – our promise of being together. The hand had come to keep her another promise – holding my hand till death. She had the ring; she still loved me. It was my Vani’s hand.

We had our life walking hand in hand,

The sun glittered brighter on the sand.

I was emptied but I composed myself,

I waited for you, aside the bookshelf.

I always believed, destiny has to mend

But o my life, this is THE END!