You are here: Home / Love and Romance / Under the Stars 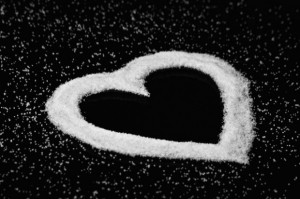 50 years from now when we will look back to see what we have gained or lost. We will be sad to realize that all we have gained is the knowledge of this materialistic world and everything we would have lost would be the trust of people.

“Do you believe in stars?” she said looking at the sky without blinking her eyes.

It was a clear sky that night, completely black and the stars twinkled like new born babies. The rain had left a soothing fragrance in the air and when mixed with oxygen in the lungs, it felt divine. It felt Nirvana.

Alex and Christina and had met five years ago on a social networking site and ever since then had spent almost every wakeful moment together. They went to the same college. Studied the same subjects. Both of them loved cheese and ham sandwich and long walks at night. They both were crazy for John Legend and read the works of Nicholas Sparks together. They had a superhero in common too- Bruce Wayne. They understood each other far better than they did themselves and were living examples for best friends.

Trees were rustling when the mild breeze blew across their leaves. It was captivating. The full moon shone brightly and seemed to spread its radiance like a ray of hope. They both loved coming to this place every weekend and just laying on the grass would dust off the stress of the entire weekend.”

“So I would like to know Alex, what do you want ahead in life? Because the way you beahved this entire month was beyond explain.” Christina was almost in tears. Her voice chuckled when she tried in vain to control her cry.

“I have to prove myself to be a hero, Chris. I have nothing more than 4 months left. I want to be called a Legend. Someone who has never fought Carcinomas this way.”

Christina and Alex both had malignant cancers. Where Alex had Carcinomas, Christina was suffering from Sarcomas. Alex’s chemotherapy had to be stopped as a result of smoking and now he was on his own.

They held hands under the brightly illuminated moon and promised to become each other’s support system.

3 months and 19days from then Alex took his last breath. The ICU had complete silence after the ventilator was put off, oxygen knob turned and the ECG shut.

Christina was sitting outside in the waiting room. All in control, waiting for some postive news. When Alex’s soul-less body was brought out, she didn’t cry. Did not even shed a single tear istead smiled the brightest smile she had ever done and said “Stay put Alex. I’ll be there with you in no time. Dont be scared. I am coming.”

Next day her body was found in her room. Her oxygen tank was empty but she had a grin on her face. In no time she was with her soul mate. Staying true to whatever she had said to his soul-less body.