You are here: Home / Love and Romance / Fallen into him 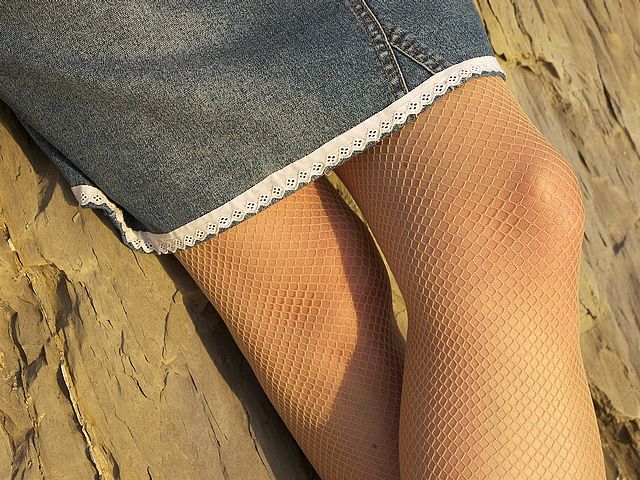 I sucked in a breath at the feel of someone behind me. His low groan proved to me that he was indeed a guy. I slowly let out the air I was holding in…

I had snuck into the storage closet to be alone. Being new is always difficult. I had transfered to seven different schools in the seventeen years of my life. Three in elementary, two in junior high and this was the second highschool. First days are the worst. I always felt out of place and stared at. So naturally when found the storage closet I just wanted to hide. I had expected it to be lifeless. I mean, its a storage closet for god’s sake. But as I backed my way into it shutting the door softly so as to not to make noise I had backed my way into a human being.

In the dark I slowly took a step forward and stepped to a side. He held me by my arms and guided me to a spot next to him on the counter.

“Sorry,” I said as I pushed myself up onto the counter next to him.

“Not a problem.” His voice was low just like his groan. It was mature. It made my heart flutter. There is something about finding yourself alone in a dark closet with a man with a beautiful voice. I can say. Because right then o new a million butterflies were fluttering away in my stomach.

Silence took over. I couldn’t bring myself to say anything. After all I was a girl. It isn’t my forte to have free conversation with a stranger.

“Why are you here?” I turned my head towards his voice.

“First days suck for me. Why are you here?”

“Everyday sucks for me.”

I made a oh sound while nodding my head not understanding.

“Describe yourself?” He repeated mockingly.

His forwardness helped me unleash my inner courage. “Why don’t you ask me what you want to know and I’ll tell.” I said bravely.

Instead of asking a question, I heard him shift. In the dark I wasn’t able to tell where he was going. Then I felt a warm breath of air on my face. He was standing in front of me, facing me. Instinct made me grip the sides of the counter tight. Something touched my cheek. I raised my hand to it and found the back of his hand.

“Alright. Your hair?” His words were a soft whisper as he moved his hands to my head and twirled a finger on some of my lose hair. It made me blush a beet red. I was so thankful that the closet was dark. My heart which was already racing picked up its speed further. “Brown. Dark brown,” the stammer was obvious in my voice.

His hands left my hair and his fingertips grazed my forehead. They slowly moved down to trace my eyebrows. I shut my eyes tight. It helped me sit still. His fingers touched the hollow around my eye. “Eyes?” It took me a few seconds to respond. “Brown.” His hands moved further down to feel my nose. Then his fingers touched my lips and I was done for. I must have died and come back. The way his fingers moved over my lips took my breath away. “I’m assuming pink.” He said softly leaning into my ear. My hands moved to his chest to steady myself. No sooner than my hands fell on him he moved away. I could feel ho back to sitting next to me on the counter. My breath was still ragged. “You sure are brave,” I tell him. He gives a small laugh. “Maybe not knowing who you are made it easier.”

“You could very easily find out.”

“Isn’t it better? Not knowing?”

“I don’t know. I have never wanted to know anything as much as I want to know who you are.”

He laughs again but doesn’t say anything. I hear the bell go off. Its my cue to leave. I jump down off of the counter. He grabs my hand to stop me from leaving. “Maybe I’ll see you soon.”

I let out a sigh. Its sounds happy and sad at the same time. Happy because I’d love to be able to meet him and sad because the moment we just had might be better if left alone.

But still I hope. “All you have to do is ask for the new girl.” I say to him as I pull my hand out of his grip and let myself out of the closet. Just as soon as I had shut it behind me, it is opened once again.

I turn to look at him. “Sameera.” There was a smile on his face. I reciprocate. I had fallen into him. I knew then our story had just begun.