You are here: Home / Love and Romance / THE HONEYMOON TRYST 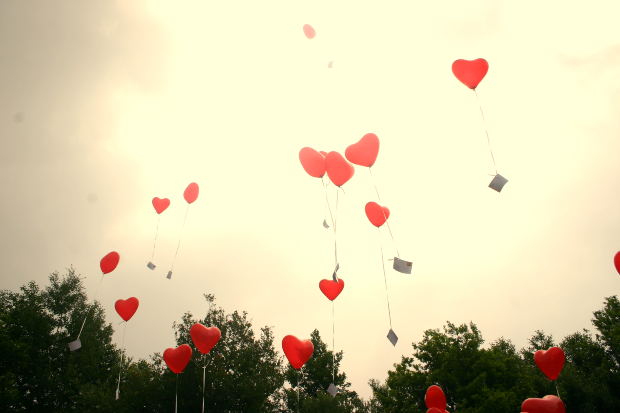 The envelope read: “To MY DEAR wife and my life partner.”

(The stress was on the words written in bold).

Pritish entered the room expecting an excited Leona but instead he saw her walk past him expressionlessly. She was wearing a navy blue night gown with lace work done on the sleeves with a deep neck line, only to reveal the rise of her beautiful bosoms. It had thin straps to hold on to her body and was perfect enough to make her look sexy even at this hour of the night. Her hair was let loose in a careless manner and with tired eyes she sat on the bed. Pritish found her too inviting even at this hour of the day but he chose to control his urges.

There was complete silence for seconds.

“I am not too comfortable with this idea of a honeymoon trip so soon,” Leona said worriedly.

“I love to travel and explore new places. Maldives is an amazing place to be but……,” she said stopping abruptly.

“….. but…. but what Leona? You still can’t get over Nikhil?” Pritish asked in a stern voice.

Leona looked quizzically at him. She so much wanted to tell him that she had got over Nikhil long back and from the time she had agreed to date him she had not thought of Nikhil even once..

There was silence again.

“Give it a chance dear,” Pritish said in a mellowed tone and went to sleep.

Little had he known that merely accompanying his cousin for consultation would help him find a confident, witty and a beautiful companion like Leona.

Leona pondered over this whole night. She thought, “Nikhil is a closed chapter now and I cannot dare to reopen those pages. Pritish has given me enough time when we were dating. I need time to know him too.”

She wasn’t sure if it was going to work out between them but there was a ray of hope.

Marrying an architect like Pritish Gujral, with a completely different background had been a tough choice for her. At 32 he had already taken over the reins of the Gujral Foundation in Gurgaon. The man who was always on the covers of the industrial news and also managed to make it on Page 3 had actually agreed to marry a young Psychiatrist like Leona Gupta. It was strange but true.

Dating had been easy for Leona. They spoke like friends, behaved normally but on their first night after marriage, thoughts of honeymoon made her feel jittery. Pritish, on the other hand was relaxed and poised.

It was 4 A.M; Leona was still awake. She waited for Pritish to wake up. He was getting ready when he saw his beauty walk up to him. “I just wish I could hold her tight in my arms right now,” Pritish thought.

There was an abrupt pause.

She smiled faintly and said, “Let’s hurry; we need to pack for the evening flight.”

They reached Malé International Airport by morning. Pritish had booked a small motor boat that took them to Paradise Island in Maldives.

One island only for us! Isn’t it spooky?

Breaking into a crooked smile he said, “That serves the purpose.”

Pritish was a guy who was disciplined yet cool, challenging yet generous, modest and mostly fun loving. Pritish was opiated by his work yet he made sure he arranged this trip. He wanted to make Leona feel comfortable with him in every way.

Maldives was just meant for them. Cool blue water, exotic tropical flowers around, a private villa, a private bar, sapphire lagoons, breathtakingly picturesque surroundings and a beautiful couple like Pritish and Leona. The sparks were missing though.

Pritish wanted to take Leona for some outdoor water sport as she loved it. Snorkeling could be the best of the choices made in Maldives.

Leona had a child like excitement to go dive in wearing the black outfit, long black fins and mask set ready. She looked superbly sexy in that outfit which revealed her curves and her entire figure which Pritish had seen for the first time. She looked like a modern mermaid.

Pritish was a handsome man with closely cropped, light brown hair, bushy eyebrows and strong sharp features usually sporting a calm smile. He was 5’9’’ and Leona came exactly till his shoulder.

Leona caught Pritish staring at him and asked mockingly, “I am sure I am not the first girl you have seen in a swim suit like this. This must be so common for you based on your popularity and extensive travel schedule overseas.”

“I do have seen but not someone so close to me, not someone who is mine already,” saying this he moved close to her.

His reply stunned her. For once she loved what he said.

If Pritish were given a chance he would quit Snorkeling and make love to her. She could feel his breath close to her face. A sudden surge of deep desire swept inside her but she was too stubborn to accept it.

Awkwardly she moved away from him and went for Snorkeling. She felt like a sea animal inside. They went exploring the coral reefs and the wonderful aquatic life.

A sumptuous meal and an exhausting day made them lazy. Leona lay on the hammock wearing a white linen halter top that had been tied in a single knot at the back of her neck and a blue abstract printed straight cut skirt that reached till her knee. Her small silver studded earrings were shining and that delicate silver anklet that adorned her soft feet looked perfect when teamed up with a beaded multicolored necklace. Her long slender legs were revealed slightly from one side to Pritish. He was staring at her as he stood at the entrance of the Villa having an official conversation. For a doctor, Leona was too conscious about looks and knew how to dress perfectly according to situations.

Pritish looked desirable with his six packs revealed underneath the white unbuttoned kurta. Leona thought that his grey shorts looked comfortable and his hair was just fit to be entangled in her delicate fingers. The tanned look on his face due to the day’s activity made him look breathtakingly hot.

She stood up, came close to him and planted a soft kiss on his cheek and said, “Thanks for taking me snorkeling. I loved it.”

Pritish stood still. The impact of that kiss remained. No other woman had made him feel so aroused or wanted. The sticky gloss was still there .He wished he never were to remove that from his cheek. Feeling embarrassed he wiped it. The kiss was the ice breaker.

They went out to take a look at the sunset by the beach. Pritish offered her a glass of wine while he sat with a beer can. The situation was perfect. The crimson sky with slightly cool breeze, typical of the tropical evening climate made them ease out a bit.

Pritish had already started feeling his passion bubbling inside. They sat close by and enjoyed the silence with a few conversations about the next day’s plan.

Leona’s legs were folded and she sat in a reclined posture resting her body weight on one hand. She didn’t realize that Pritish was so close to her until she could feel his warm breath on her ears. He was already moving his finger slowly at each sensitive point, tracing his path from the pinna, to the nape of her neck down her arms. She quivered with excitement inside. The touch had already started affecting her. She made a low moan and removed his hand. Instead, he pulled her close wrapping her by one arm and let her weight fall on him completely. She was enveloped in his arms and didn’t dare to look up. There was immense anxiousness inside her. She felt a slight discomfort but it vanished with the magic that Pritish was creating. He made her feel excited and nervous every second he touched her. He could feel her breath harder with her chest pounding. Her stomach was twisting inside . She gave out a small shriek with a shiver and looked lustfully at him. His fingers raced across her lips only to get them parted for a moist kiss. It had been their first passionate kiss.He let her hair loose that was tied in a careless knot. The perfume of her shampooed hair was intoxicating him. His fingers moved to the back of her neck where he released the knot that held her top. It came off in a jiffy.

They were ready to strike the last chord of intimacy when Leona whispered in his ears, “Not here Pritish.”

Pritish stopped suddenly with a shocking expression that changed into a smile soon and looked at her ebony coloured eyes which had the answer that only he could understand…..