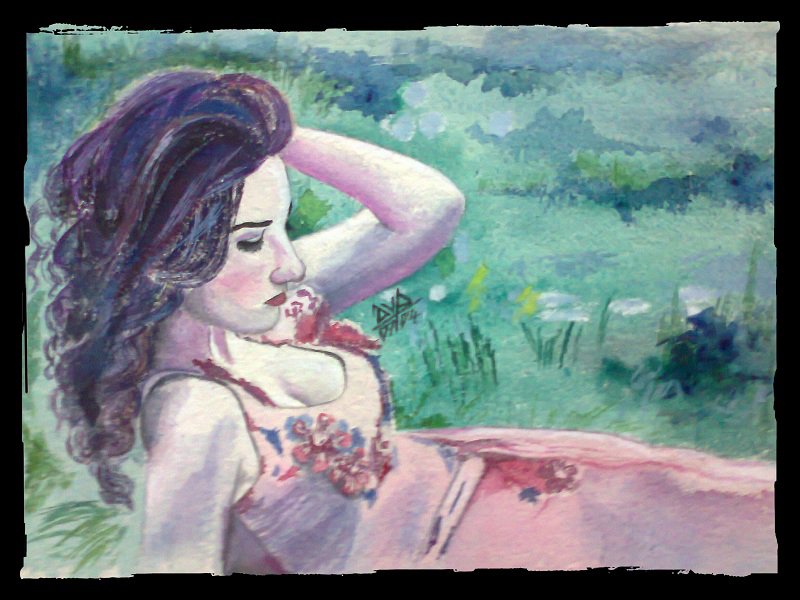 I was caught in a quick sand with no one else around to me shout and ask help for. All I could do was close my eyes and drown into it deeper. I gradually stopped taking leaves from the college. I even started changing my seat to somewhere behind him. “I love the last benches” I told my friends. That wasn’t a lie..but my whole reason entirely was him(and to escape from being spotted by my teachers for not listening to the classes) I started talking about him to my virtual friends. The only place where I could vent any secrets out. “What’s his name?” a friend asked.

Lame enough as it sounds “I don’t know.”

Seriously. What was I doing? And there started my next mission; finding out his name. It was then I realized that he never talked. He was the quietest of all I’ve ever known. He had a world of his own. He stared at things of no importance, the ceiling, the air conditioner, his book, his spectacles, the bench. Honestly, he looked like a fool. The batch of nosy girls were now beside me. They’d catch him staring at objects too and they made fun of him badly. I laughed along to their jokes, he was silly. I found something else too. He laughed a lot.  His smile was wordlessly enchanting. My heart fluttered and inside my head I was a lunatic fan girl fanning herself with her hands “Oof. God. Too. Much.”

He laughed so hard that he banged himself back and forth to the benches audibly painfully. I thought he’d even literally ‘rofl’ if left to it. It amused me how much he was having fun. I was smiling within myself too like an idiot. I still didn’t find out his name, no. I wonder why but I decided I wouldn’t ask anyone for it. Then I thought of roll calls. It didn’t help either considering I was one of the late comers and he was one of the first. I wished hard for something to happen, a friend calling out his name loudly (I have little problem with hearing, so soft voices are a no-no), a teacher calling out his name, or someone; anyone at all! This never happened. I overheard girls beside me whispering about him and I did pick up the name but I wanted to make sure.

Then he walked in one day, the student in-charge was going bonkers about some mischief the guys sewed. “What’s your name?” he shout like a mad dog at him. “Sharan” he slowly replied with a ‘I-couldn’t-care-less’ arrogance. I picked it up. I worked like a dog picking up its master’s sounds when it came to him. Sharan. Sharan? Sharan. I chanted. How could a name possibly ever be so befitting for a person?  I asked the girl beside me, as casually as possible, “What does that name mean?”

“Beats me.” she shrugged “I overheard it meant shelter or something of those sorts.” I nodded. Shelter? It fit him. A calm person who’d welcome any person in danger to him. Yes, that was a girl fantasy idea of mine but I liked how that sounded. Things started escalating fast from here.His voice which I found hilarious in the beginning, I started falling in love with it. The image of him walking out or walking in etched firmly in my head. That smile, however, was too blinding to “save” it. It was new every time I saw it. Reflexively I started noticing any single thing he did. Semi-stalker, yeah, but who did I hurt? Our eye contacts continued occasionally but knowing more about him was more interesting. I kept updating all events to my virtual friend. “What’s his name? I hope you know by now at least” she mocked.

“I’ll keep his real name a secret” (I had a hobby of holding names in.)

“And what would that be?”