You are here: Home / Love and Romance / Final Destination 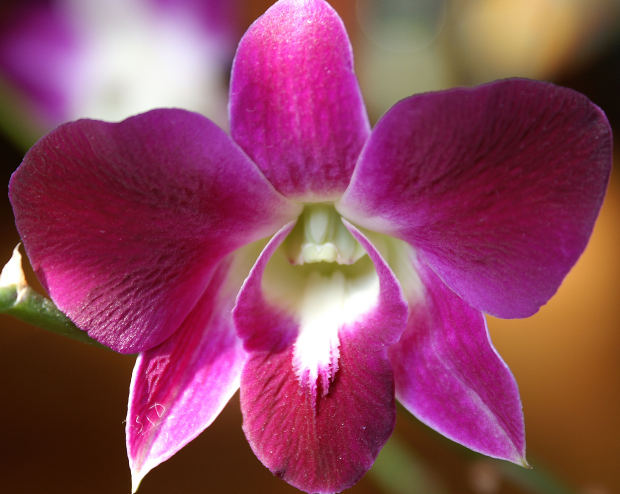 The eerie silence of the late night was broken by a dog’s howling. He halted and took a look around.

No one! He took his next determined step like a thief.  After a few minutes he realised that the danger zone was over and walked as briskly as he could.

The street was desolate and empty. It was a nippy, doleful winter night. Years of unhappiness reflected in the pensive eyes of the old man. But that night he had a hopeful look on his craggy face though his aged skin had only a blanket to fight the chill.

Light glared from some lamp post at a distance, he didn’t know how far it was. He had lost his fairly good powers of sight and calculation. But he always believed his instincts and turned left from the junction. That must be south. Yes, SOUTH! That’s what she had told him.

At that moment he shared a hate-love relationship with that winter night. The biting cold numbed his body giving him uncontrollable shivering and teeth chattering. But then he thought, he would meet her soon which would compromise everything he had faced so far and anything he would face within a short time.

She had made him lonely since a decade, by leaving him for a better person, whom everyone called ‘Death’. She had been his very life. He had died along with her that day. But his physical body existed which made his life more miserable. She haunted him. He was aged, but does love knows age? Life without love , was certainly not life at all!

In hours of trance, he dreamt her. Many times she told him how to meet her. He obeyed, but nothing worked.

Last night she asked him to get out of the care home and walk to the south. She said she would be waiting under a cherry tree. Though reasonable thinking was alien for his age, he asked her how to know south and how to locate cherry tree in the dark night.

And all what she told was this – “You will see, however dark be the night, a big cherry tree full of pink blossoms; I will be waiting there for you, in a white gown!..” She then paused.

“Take whatever direction you like, but ultimately you move to the south! Be calm, this time it will work! See you there…”

That was too much for a senile man. The question ‘Why south?’ skipped his mind.

Running away from the care  home  was not that tough as he had imagined. The cold night and the drinks made the guards forget the world. They might not have thought too much about the ‘problem man’!

He walked, then he ran..but he didn’t find any cherry tree. He doubted that he took the wrong path.

He felt the world around him spinning.

A call from the back frightened him but he turned and looked.

He saw her in the white gown, standing under the pink cherry tree, with both arms stretched towards him.

He sighed in great relief, for he has reached his final destination.

He looked at her, she looked beautiful as always.

“But how did I miss the pink cherry tree?” He thought.

But it was no time to think. He went and embraced her, then cried like a baby.

All his agonies were gone, he was once again happy, at peace.

His hands were tightly clasping a stone and his body was covered with pink blooms.