You are here: Home / Love and Romance / LLC02: Forgotten Beloved 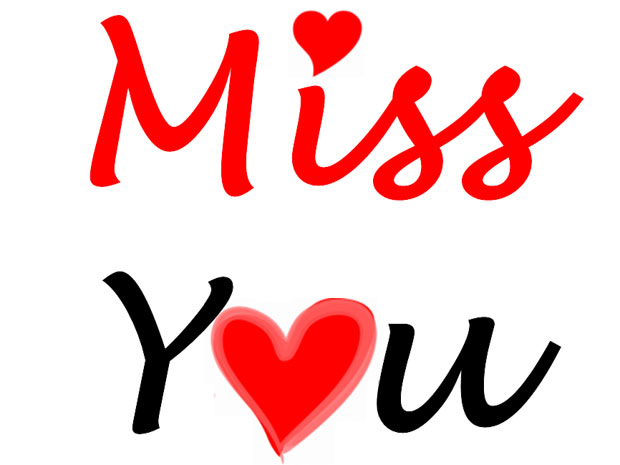 “Oh! Great, it’s raining again. How much I hate this season.”

Pratibha watched her husband’s agitated expression and turned her gaze back to the fat droplets of water that spluttered in a hurry to kiss the surface of the earth. Pratibha, unlike her spouse, loved the monsoon. She craved to surrender herself to the unstoppable splash of pleasure and drench in the purity of nature. But, Keshav was different, had always been, she had known him for 27 years now, and wondered what had the both of them had in common to relish, enjoy, talk about and appreciate their like mindedness.

Pratibha stood at the balcony, regretting her father’s decision 27 years back, when she was considered too young to argue and too old to deny marriage. But this one was just a casual thought, creeping into her mind once in a while, until she settles down with a copy of Hanuman Chalisa, her favorite god is what she always claimed; the Hindu monkey god. It had become a daily affair now, skipping the Hanuman Chalisa was an unforgivable blunder according to her.

Keshav hardly paid attention to her religious beliefs, and considered her overly traditional and irritably boring. She knew he was more interested in the stock market, business news, and his irrevocable habit of following Indian politics, like he was preparing a thesis on it. Pratibha enjoyed the simpler things in life, in which first came her abode, where she spent most of her time, arranging, cleaning, scrubbing and beautifying and second cookery.

Her culinary skills were well adopted from her mother, who was once the only target for extreme praise and admiration by all who came till their dining hall. Pratibha’s life revolved around her family, her husband, her children. She did have a couple of hobbies, of knitting and sewing which hardly got any appraisal. Her knowledge in the latest technology was minimal, and so was her interest.

“Pratibha, it’s 5, do you plan do give me some tea or just while away your time at the balcony?”, Keshav’s voice was irritable but not cold. He did not really admire Pratibha’s housekeeping skills, but knew life would be difficult without her around. Pratibha reluctantly moved into the hall, and made her way to the kitchen. She was in mood for a masala chai, an Indian spice infused tea, but Keshav hated masala tea, he did not even like ginger in his tea. He liked it light and extremely sweet. Pratibha lit two of the burners making tea in two different vessels, for Keshav and herself. She sat beside him with the aromatic masala chai; his eyes were fixed on the television set, and removed them from it, only when he asked her for some biscuits to go with the tea.

Pratibha, enjoyed the last bit of her masala chai, and went into the puja room, seating herself cross legged and placing the Hanuman Chalisa on both her palms. It was more for reference; she knew the hymns by heart now. Immersed in her prayer, she was in a trance, her devotion for the supernatural in its purest form.

The doorbell broke the spiritual spell of Pratibha, which was unexpected, she diverted her concentration back to the hymns, signaling Keshav to see who is at the door. Keshav reluctantly walked towards the door. Hema, their eight year old neighbor stood solemnly watching the broad figured man gape down at her with an irritant expression.

“Good evening uncle. The post man delivered this letter wrongly. It has your address. Mummy told me to give to Pratibha aunty.”

She completed the sentence in one breath, like she had been made to practice what she just recited. She handed over the orange coloured envelope in the name of Pratibha, and ran downstairs. Keshav stared at the envelope which had his wife’s name written on it with great care, and in a handwriting that was rather impressive. But, he didn’t have the time and neither was he interested in digging into the contents of this mysterious messenger. He had already missed ten precious minutes of his favourite debate show, which annoyed him even more.

“A letter in your name, and I have to miss the show”, Keshav’s voice boomed over the noisy politician who was vehemently trying to prove his point even after being scoffed at on the news channel. Pratibha picked up the courier, examining it before she ripped it open. She cautiously removed a pale coloured sheet out of it, and busied herself examining the letter in the dining hall, adjusting her specs now and then.

The first two lines on the letter, made her jump up from her seat. She glared at them astounded. She read the entire letter, again, and  again, and again. She would have probably read it a minimum of seven times, after which she put it back into the pale orange cover and tucked it away under her sarees in the wardrobe. The rest of the evening for Pratibha was like she was living in a dreamland, her surroundings looked unreal, and her emotions had taken off on vacation; all she felt was numb. Her mind worked through the evening like a machine which was programmed to achieve the set goals of Mrs. Keshav Krishnan which went on with no errors. Keshav hardly recognized his wife lost in a world in which he had no role to play.

She watched her husband sound asleep, snoring in the darkness, ignorant about the turmoil she was going through. She let a tear roll down her pale white cheek, and one after the other, till one side of the pillow cover was drenched in the consequence of immense pain and regret; which was to be witnessed only for that one night, as she was ready with an answer to the letter she received.

Keshav woke up to the noise of the mixer from the kitchen and loved what his olfactory perception of aromatic filter coffee decoction. He walked towards the kitchen and found Pratibha dressed in a fresh crisp cotton saree, and a fresh set of jasmine flowers perched on her head. She turned towards her husband, and dutifully prepared his glass of coffee just the way he liked it; with more decoction, less milk and heaps of sugar. He smiled at her amusingly, watching her animatedly going about her chores. There was something different, Pratibha had changed over-night, which pleased Keshav. He liked change, and this was a good one.

Pratibha had taken care of breakfast and lunch, and very casually picked her money purse and walked towards to the main door. Keshav looked at questioningly, to which she replied she had a couple of temple visits to make. He nodded approvingly and continued reading his favourite daily The Hindu.

Pratibha hired a taxi to the central railway station. She rolled down the window for some air and removed the pale orange envelope from her purse. One last time, before she took the uncertain leap, she wanted to re-read…

I hope you are not wondering who I am, because there was only one who called you Prati – my angel. Also, don’t strain your intelligence speculating where I got your current address from, because that itself is a long story, and a wild & crazy hunt.

It was a very long time ago, but with time, bonds grow they say, doesn’t it? Well, Prati, for me it did.

For whatever reason, we are not together today, I hold no one responsible but fate. Though, my fate cunningly played a game, and made me think I was the loser, I proved it wrong because I fought back. Like the old saying goes, “better late, than never”; I have waited all my life for this one moment. It might have been like a different era, but the love, admiration, passion for you has only increased and why not?!

I presume, you still don’t take surprises too well; and I should rather come to the point.

I will be looking forward for you at the central railway station, in your city of course; at 11 a.m. We can be together forever Prati. Just you and me…forever…

The taxi halted with a jerk, the driver asking whether he had to enter the railway station or not. She stuffed the letter into the purse and hopped out of the taxi, absent mindedly paying the driver. She could feel her heart racing and her pulse going up. She decided to stick to the decision she had made last night. Everything would be alright in a couple of days, they would resume their lives as a new chapter. As she caught a glimpse of a familiar looking man, she slowed her pace. He still looked the same, only if the wrinkled skin and graying hair were overlooked. The memories of her past, engulfed her mind and all she could vision was her with her careless lover, in the hot beach sand of her native in South India, the steaming groundnuts and the sea breeze caressing her face.

He caught her staring at him, and his expression changed, the lock of the chest of pleasant emotions he had for her unlatched itself and he walked towards her, doubling his steps, as she stood watching him approaching her with the same enthusiasm he always had.

Her heart squeezed with pain, and she could again feel her eyes welling up with tears, which she had no control of. He looked at her apprehensively, waiting for her to react.

She looks up at him, clutched a letter in his palm and walked away from him, leaving him stunned. She could hear him calling out for her, as she hurried to get a taxi, her tears not stopping and her emotions over speeding her conventional side. But she had stuck to her decision. There was no turning back now.

Pratibha’s Shekhar stood rooted to the ground with a crumpled piece of paper in his hand, furious and tremendously sad at the same time. The question kept ringing in his mind, “why did she come to see me, if she wanted to run away even further?” He straightened the sheet and read her weary hand written note.

Well…you truly were careless, not that I can sense anything different now. Why Shekhar? Why now? After all these tormenting years?

Talking about fate, Shekhar, we all chose the path of fate, than it choosing us. You chose yours. Your playful and careless mind chose a path in which I could not tread on and neither could I wait at the crossroad for you to come back and fetch me and take me in the path made for us.

I wouldn’t deny that I have had the best of times with you. But no more; not because I have a family, but because an opportunity lost is lost…

Shekhar stood glaring at the letter, the crude words reflecting his actions in the past. He folded the letter in four and placed it in his wallet. He wanted to preserve the last contact he had with Prati, which will remind him that he didn’t quit without trying…