You are here: Home / Love and Romance / From the Diary of an Inamorata – Bluetooth Connect

[Love Short Story: From the Diary of an Inamorata – Bluetooth Connect] 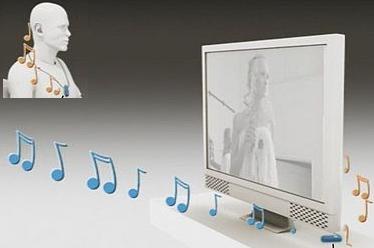 In one of those many cyber blogs that claim private security settings, ultimately turning into a social spider web, bringing in people desired and un-desired at times, I happened to meet an interesting name—“Bluetooth connect.” I call it a name barely on the grounds because one is not aware of whom at the other end might be, strictly confining myself to the virtual world.

So many times a variable number of our counterparts, fall victim to the cyber instinct of Love. However Sci-fi humans may turn themselves, making a mere cursor moving like a ghost on its own on a screen similar to the idiot box; known however only to the operator which one of them is more of an idiot though; they cannot give up their most primitive part—the mind and the mysteries crafted either in the form of thoughts or ideas. One of those thoughts when mixes with the primitive non-virtual instincts, emotions are born—the strongest, yet the most fragile—Love. Many of us, although  may not accept it in the society that “We met through the internet and ended up with a break-up” until and unless, it turns out, in the most rarest of cases—“We met through the internet and we are so much in Love now; we are getting married this month.” This itself is a definite proof of the fact that humans cannot give up their primitive instinct of perceiving reality in a three dimensional way when it comes to their survival as an emotional identity. Even if they fall in love through the internet, they would still strive for a three-dimensional view, which they call their reality and would want the name on the other end of the computer screen to solidify in person, thus they meet and what follows is most likely one of the two—Love survives or heartbreaks impinge!

“Bluetooth connect” had a similar story to tell. He was much in love with a name—“Melancholia.” And even till he could discover the reason for such a name—he ended up with nothing but ghost cursors crawling like naked ugly insects into a line, “I do not love you anymore.”

“Bluetooth connect” was severely heartbroken. Although I knew who “Melancholia” was I kept quiet.

She was my neighbor, sometimes peeping through the hole made for an exhaust fan in her kitchen whenever I happened to be in a kitchen. Perhaps she too had forgotten human faces, crying all day long going face-blind, still caught up with some other name in some other part of the world, appearing nothing but as a cursor on her computer screen.

A few days back, I had stolen her diary and had come across the name “Bluetooth connect” on a page torn midway as if to give away a broken heart yet clinging onto it. But I wasn’t  surprised, the least when I came across the same name on the network, keeping in mind the various possibilities, that a considerable number of people may choose a common name and an interesting look-alike, making themselves a part of virtual twins, maybe quartets too.

This was till I became the media, like the microwave of two connecting Bluetooth and then I wondered about the cosmic network, a far larger analogue of the virtual one created by humans. How unknowingly I happened to be the only known person about their eternal love story that would travel network after network like a never ending matrix and truly would culminate in a very simple yet strong statement made by some anonymous lover centuries back—Love never dies!

After learning about Bluetooth’s story and knowing the half truth, I came back home and checked the torn page of Melancholia’s diary.

She had spilled her heart there, only to survive heartlessly for being unable to disappoint the name she loved the most—“Bluetooth Connect.”  Her perpetual sadness was the only reason that made her not venture out of her barred pigeon hole and discover Love. She feared—what if the name didn’t have an owner of its own, what if the name turned out to be someone who tried to make a mockery of her sentiments, what if the name was a mere drifter who would use and throw her…What if? What if? What if? She doubted…she feared. Maybe quite un-like me she couldn’t still believe in the goodness of humanity anymore. And Love with fear, without belief is just a crippled cretin! It never survives. She still wonders of him and talks to people as nothing but a faceless ghost—a blinking cursor.

Through the exhaust fan hole while she tried figuring a human as an alien never seen, I wondered chopping carrots in the kitchen, how we humans are nothing but representations of natural Bluetooth. All of us make mental images of a certain being, compute the images in a definite process, like a mathematical algorithm and when a similar Bluetooth sends us appropriate signal, our emotions like living passwords, give way to them straight into  our hearts and thus Love blooms!