You are here: Home / Love and Romance / In a vacuum! – Love Short Story 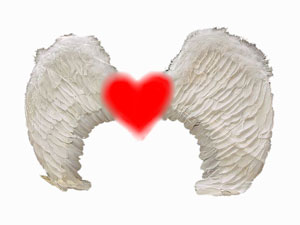 I have everything save lips. I’m tempted while someone laughs, but am not able to give a smile! Yet, I have the eyes to weep! Tears stream down my little cheeks often!

It is stone that is heartless, so does not wet. Flowers throb so are dewed.

When she died, my heart bruised. One can grasp who has passed through agonies. I was happy too, because my shackles had been severed. A strong chain had broken and salvaged me from constant pain.

“Who am I? Why am I? Where am I?” I can think freely on these phrases now.

Actually, when she touched the peak of the mountain, she went into ecstasy. She cried exultantly, “Look, see the heights I’ve touched!” Probably, she addressed it to the populace who lived at the bottom of the mountain. Their huts looked like dots from the mountain above. Her cry dispersed the birds of all feathers which were there chirping and moving with their own gaits. Their sudden and simultaneous fluttering caused a sort of uproar. I liked very much that thunderous flapping of numberless birds.

“Would that I were a bird!” A wish struck my mind.

Heaven knows, what happened! Everything that came in my view seemed dancing. It was not like the successive tremors that jolted the earth; it was something different that made things to move. Or it could have been my dizzying. It was as if nature dangled. I crumbled, then collapsed unconscious to the ground.

After a short while, when I opened my eyes and returned to my conscious state, I was flying in the air. I had really turned to a bird. This new state filled me with thrilling sensation and suffused me with both tranquility and intoxication. I flew freely in the air. No limits, no boundaries, no borders, no extents, no check posts, no more frisking, no visas, no passports, no identity cards! It was a free and open atmosphere. I didn’t want to come down, so flew over and over. My all chains had severed. I was filled with delight and feeling good.

Then I felt afraid of humans, every human to me was hideous.

The new world of birds was amazing to me. I felt it was the world I had wished for and I now really belonged to. There were no restrictions, no speed breakers, no impediments, no barriers, no fences, no jealousy and no bragging. A world free of inhibitions and complexes! No one fearing how to earn a living or where to eat!

Light fizzled out and dusk cast its shadows. Darkness started enveloping the surroundings. Hues of the day came to a halt and the environment calmed. Birds in their pairs began moving towards their respective nests. That was the time which shook my feelings. Where to go? I didn’t know! Neither had I a pair nor any nest. I checked my own self and discovered mine unlike other feathers. Where and with whom to make my pair? There was none to advise me.

I passed my night like a bewildered rook on a ruined poplar.

It was not the case that I hadn’t any partner; I had, but not of my use. The irony, was that my spouse was in human form while me a bird! She was a woman and me a flying creature; both incompatible for each other. In spite of all this, I loved her heartily. She was in my mind and thoughts.

As the dawn broke, I hurried to those bars which were across her window where I knew she could usually be found looking through them up in the skies. While I flew faster, my wing smashed against a tree trunk, I somersaulted, drawing blood. Actually, it was due to my miscalculation in veering away. I flew down and landed on the border of that window. I looked sadly in her grieved eyes, stroked my wounded feather in an attempt to tell her my identity. I chirped and sang the song which I could voice. I wanted to nestle my head against her shoulder. But she was too gloomy. I could grasp that she too had passed a sleepless night. I stared at her very lovingly. She too gazed at me fondly. But there was a difference between her seeing and mine. I recognized her, but she could not recognize me.

Time is a call. It never halts. It moves ahead without caring who likes or dislikes its passage.

Shadows of dusk struck my eyes, although I didn’t like that quick passing of time. Probably, she had the same feeling. But I had to move. There was no other alternative. Night descended and I flew back to that very ruined poplar where I had passed the preceding night like a bewildered rook.

Then it became my routine to fly towards her window on the breaking of dawn and return to the ruined tree at dusk.

She was dying the death. Every passing day was nearing her to doom. She turned pale. She looked haggard. Her eyes sunken, lips parched and hair disheveled. I watched all those changes, but was helpless. I wasn’t able to do anything for her. I tried to tell her my mind through my pathetic songs and weepy chirping, but she didn’t understand. I was burning within myself due to that pain.

That day came when as usual I sat on the border of her window, and she looked to me and smiled. I felt she got solace on finding me there. I looked up in the skies just to thank God. When I looked down back to her, she was motionless. She had died!