You are here: Home / Love and Romance / Inseparably Wielded 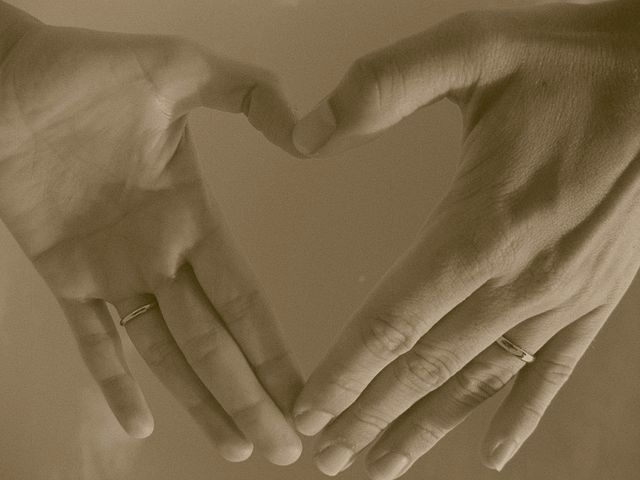 They met in a stationary shop. Since then he regained faith in Love. An unbelievable beauty in herself, she found him no less. Quite often they found themselves caught in a web of stares. Her angelic eyes filled the gap left by the absence of his loved ones; whom he had never met. Orphaned as an infant, brought up by strangers, he never owned himself.

How she crippled him with an emotion he couldn’t afford! He never hurt her intentionally. Yet her slightest sorrow left him feel miserable. Apologies were a routine affair, so were light moments of joy. Although his closeness to pretty women discomforted her, she subdued her mounting jealousy.

‘‘He can never love anyone else!’’ she used to whisper to herself. The conviction of his loyalty superimposed her worries. Harping on the belief that she might one day be his bride erased her gloom.

When he irresponsibly didn’t meet her for a couple of weeks, patience and desperation reached uncontrollable levels. The day he arrived, he became a victim of her forced fury. His explanations couldn’t rub of the pain she went through. This induced him to vow not to leave her alone anymore. If only he was his own master!

Apprehensively, he initiated preparations for the Big day. It was time to catch the untamed kite- his heart. She had to be called into his life fully. She had to come….

Death knocked her that very night. The abrupt finality of the bereavement left him shattered. Bewildered by her absence, death seemed to lure him. Ironically, the typhoon of death took him away exactly two days later.

Annoyed by his unfaithful pen, Arjun threw it in the trash. In the morning the maid emptied the dustbin into the dumping area. The pen smiled at his beloved. The book heaved a sigh of contentment. Finally, he was beside her! Eternity welcomed them graciously. Rag pickers made their way into the newly dumped waste.