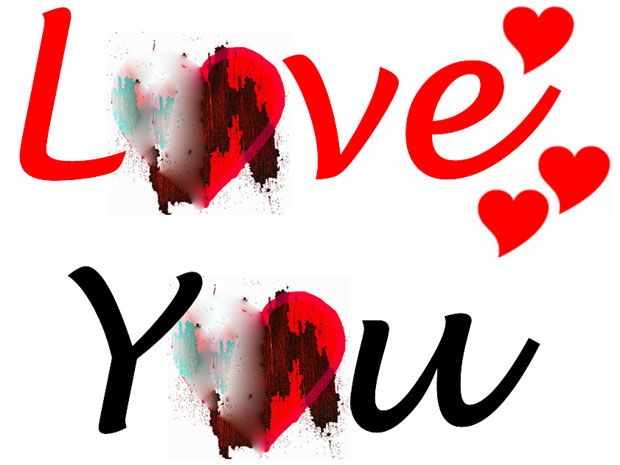 ” Why would you care? ” he asked angrily.

” What do you mean why would I care? Of course I care. I just asked if you still had cold! You’re acting stupid you know.” I said trying to keep my calm.

He walked away. Yet again. Third time in two weeks.

I didn’t understand why he was so pissed off with me. He seemed to hate my presence. He came to the hospital just to hangout with our other friends these days. Never even caring to drop by my clinic and say hi. He avoided me. And when our paths did cross, it ended up in a heated argument.

I walk towards Samantha’s office. Sam and me were like sisters. I vented out to her more than anyone else. Well, not more than Pavan. Pavan was the closest friend I had. Well until two weeks back, when he suddenly started to hate me.

I remember that day well. Ankit, sam’s husband and Pavan were talking out side my clinic. I join them a while later for coffee.

Ankit said, ” So dude… heard aunty and uncle are looking for a match. Seriously? Arranged marriage? ”

He shook his head in mockery when he asked the last question.

I laughed saying ” I don’t know man. I never disappointed them till date. I am getting old I guess. And lets face it, I am never gonna fall in love. What with these schedules and meetings! “.

“Anyway nothing is final yet. They’ve considered just one proposal I guess. He’s a surgeon too apparently” I added.

Pavan at this point looked at me and said, ” hah… Like you have nothing to do with it. Aunty and Uncle were talking about caterers for the engagement! Here you are blithely drinking coffee! You are getting married and you didn’t even feel like telling your best friend?! Well done, Akshi! ”

I look at him incredulously and say, ” Dude, watch it. I didn’t know myself. I haven’t even met him! ”

I look at Ankit trying to make sense of what just happened.

That was two weeks back.

I knock on Sam’s door. ” Come in” she says from the other side.

” You guys fought again I hear!” She laughs.

” I am sorry Sam. Pavan is driving me mad. He has fought with me repeatedly over this wedding thing. He says I don’t even care who I get married to. ” I cross my hands and look out of the window.

“I don’t know. Its an arranged marriage. Mum and Dad want me to get married. I am . That’s all. Frankly, I was so busy building a career that I didn’t think of marriage or kids. ” I say playing with the blinds.

” Huh? You know that never happened with me. ” I laugh.

” Anyway, this guy that my parents want me to get engaged to, must be a decent enough guy. I don’t get why Pavan is so against it. My dad would never let me marry some jerk. Pavan also knows this. I just don’t get his anger. That too towards a guy he has never even met. ”

” That’s just ridiculous you know. I didn’t do anything. ” I say putting my hands up in exasperation.

But she was right. Pavan was mad at me. This thought made me sad.

Sam made my sit and got a can of diet coke from the freezer. She opened it for me and urged me to drink.

” Maybe, he doesn’t want you to get married. Its not about who you marry. Its about you getting married. ” She says.

“This was about to happen at some time or the other. I am a woman. People expect me to raise a family. Does he want me to stay single forever?” I ask.

She smiles patiently, ” Okay, tell me something. Won’t you miss him when you get married? ”

” Why will I? We technically hang out all the time. ” I say.

Sam puts her head in her hands. After half a minute, she looks up and says ” No. You won’t. You will belong to someone else once you get married. ”

These words brought about a strange string of thoughts. I was afraid for the first time. I won’t hangout with Pavan? My best friend?

” He’s in love with you idiot! He always was. You guys are like a married couple already. Have you not realized that? ” she says.

I look up to say something. I can’t. My throat seemed to be choked. Pavan was my world. We were more than friends. I couldn’t exist without him. He was always there. Never left. My constant companion.

Tears seemed to flow endlessly. I tried to stop but couldn’t. Sam touched my palm.

“You guys never said it to each other. That’s all. We all could see all along. ” She said.

I’ve been blind. She’s right. Pavan showed his love too. It was his anger. He just couldn’t come to say it.

I make a decision. I smile at Sam.

” Let me first apologize to mom and dad and that poor guy who got his hopes high. ” I say and walk out of her office.

I pace up and down in my office. I told my mum and dad that I can’t get married. Dad just said one word to my rather long apology.

” Pavan” He said while smacking my head jokingly.

And now that I do, I just don’t know how to say it. I’ve been trying since the past half an hour to pick up the phone and make a call. A call to Pavan’s secretary.  Saying that I’d drop by his office.

But, I chicken out every time. How many times have I not been to that office? Hell, I was the first person to see it. Five years back we were both struggling with our start ups, mine a hospital and his a pharma company. We have come a long way since then. He was always there. Right from the time we were kids. His dad and my dad have been great friends. After Pavan lost his father, the families still stayed close. And we got even closer after that.

Why is it so hard then? Why can’t I pick up the damn phone and call his office? I could even drive there without an appointment. I din’t need an appointment. ” Arrgghhh” I let out a groan. ” I wish they had self help books for this. To help 30 year olds with expressing their love” I muttered under my breath. Great. I am talking to myself too.

Love is indeed a serious mental illness as Plato said.

Its sad that I finally admitted that I loved Pavan but couldn’t actually say it to him. Why? Was I afraid of rejection? He wasn’t happy about my wedding. Was that because he loved me or because simply he would miss me as a friend? What would I do if it was just the latter? Would I be okay with it?

I didn’t know. I guess there was only one way of knowing. I needed to tell him. I picked up a pen and started writing on the prescription pad. I write a few lines and crumple the paper.

I wasn’t a teenager writing a love letter. I wish I was. It would’ve been easier. I was writing a love note on a prescription pad. I am hopeless. No wonder Sam calls me unromantic.

I sink into my chair on that thought. I bend my head back and look at the ceiling. Trying to distract myself.

I hear a knock on my door. ” Come in” I say hoping to see my assistant with the scans or lab work.

He appears instead. Tall and handsome. Damn, did he always have such great hands, such wonderful eyes and that gorgeous smile?

” I hope you aren’t busy madame.” He smiles while taking his usual place across me.

I almost smile back but veil it behind a mask of surprise. I didn’t want to look too desperate. Inside , I was waltzing away thinking about the purpose of this unexpected visit. Did he come to…? I push that thought away and ask him why he’s here.

He walks around the table and came to a stop at the window. I stand up too. He looks hesitantly at me . I’ve never seen him like this. He was always very comfortable around me. Pavan was nervous today. Extremely nervous.

” So, I heard you told uncle that you didn’t want to get married. My mum told me. You know how our folks are! ” He laughs.

” Yeah. I figured it can wait. ” I said carelessly.

” Good. But someday it should happen right? ” he asks.

I replied angrily,”I thought you didn’t like it! You were the one picking up arguments all the while with me. You shouted at me in front of my patients last week! You avoided me for the past two weeks. You called me names… ” Words were flowing out of my mouth and he cut me short by doing the most surprising thing.

He embraced me. Time stopped. I could hear his heart. He was saying ” I love you Akshara” repeatedly. He was apologizing too.

” Don’t say sorry” I say. ” I wouldn’t have known if you weren’t angry” I wipe his tears and hug him back.

I don’t know how long we stayed like that. He then said, ” Lets get married, Akshi. I want to you in my life. Now and forever. I need you man. Always. ”

Before I could respond, he was on his knee.

I was crying now.

” Get up. It will hurt.You must ‘ve had a long day ” I say feeling almost giddy from what he just did.

“I didn’t get an answer yet” he says stubbornly.

“No, this is perfect” he pulls me close. We were both lost yet again in an awkward embrace on our knees. Too happy to get up!

Our knees finally give up and we stand smiling at each other. Pavan held my hand and was saying how much he had missed me. I look at the crumpled letter and try to dispose it off with my free hand.

He takes it from my hand and tries to open it. I struggle for it. I run after him as he tries to get way with it.

” Did you write this for me? ” he asks smiling sheepishly as he opens it.

” Give that to me, idiot. Please, its embarrassing” I say out of breath .

He sticks his tongue out and starts reading it aloud. His tone was first mocking and emotional later as he read further.

I didn’t understand your anger at first. It confused me. But now I know. I haven’t thought about the implications of marrying someone at first. You are my world Pavan. There is no way I couldn’t see you and talk to you and manage to live normally. I guess I always loved you. I don’t know why I didn’t realize this before. I should have written this ages ago. I want to hold you and tell you it always was you. But I can’t. A thought pesters me. I am afraid you’ll reject my affection. Why exactly did you get angry? Is it because you were in love with me too ? Or is it because you’ll just miss me as a friend? If its the latter, I’ll understand. We can still be the same. Nothing will ever change.

I opened my mouth to explain but he was too close by then. Taking me back into his hands, he laughed and said, ” You’re just nuts you know. I love you. I can’t wait to start my life with you. We’ve both wasted enough time already.”

He then kissed me. Softly at first and then earnestly. I wrapped my arms around him and responded to that first kiss.