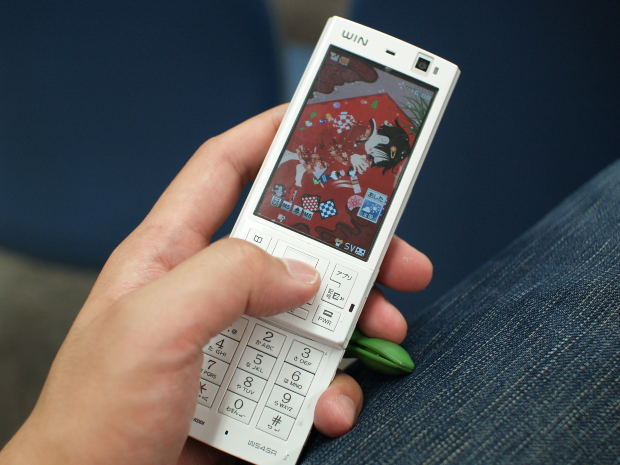 It was a fine sunny morning. But I was anything but sunny. I was waiting for my college bus, full of sorrowful thoughts about Arun, my pal who had recently committed suicide because of “love failure”.

Love failure? I don’t know what it means? I don’t know that it can make a guy who is just in college – college – to take his life! He was my friend, my dearest friend, and I knew him, I knew his feelings, his thoughts, and yet, I cannot understand that there is something like this silly “love failure” that will make him lose his senses (he was a very mature and intelligent guy actually in our gang) to this extent.

Oh Arun, what took over you? True love? Can it be so powerful that it can make a person like you, a person so young, take away his life? And then I thought, does true love really exist? Suddenly, inexplicably, like a bolt from the blue, the answer was before me: A girl in a white dress, looking like an angel. I don’t know what came over me. I was dumb-struck.

I stared at her (something I normally don’t do). And when she happened to look at me, I looked away (something I normally do). A few moments later, I was riddled with all kinds of thoughts till now alien to me. And then abruptly I went up to her, that is so unlike my nature, and gamely tried to do some small talk. It was something silly actually, but her bus came and she left!

Next day, same time, same place. I waited for her, dressed at my best, having got up at sunrise, for maybe the first time. Be patient, I told myself impatiently which I am (impatient). She came, in a blue churidar. I walked up to her like, say, Shah Rukh Khan, my favorite, and said,

Oh, I am not a guy like that. I am quiet with girls really, an introvert. But this time something came over me. But maybe she felt that I was no Shah Rukh Khan, because she said nothing. I decided it is better to be silent for the moment (did I have a choice?).

Days passed. Same time, same place, same girl, and same me alias Shah Rukh. And then came the ice-breaker moment. When I asked her name, she pointed to the sky. After some more days, she shyly wrote her name in a piece of paper and handed it over to me. Sandhya, was my true love.

She was not being shy actually. She yearned to tell me she was dumb! This love is silent, like what TS Eliot has said. I walked away, a bundle of emotions. Days later, me, a guy who’s not at all the lover-boy sort, blurted out to her, “I LOVE YOU SANDHYA”.

Having confessed to her, I felt more emboldened.

“Sandhya, I don’t want to trouble you every day, but I want to know what your heart says.” She gave me a note that said simply, “Will you be my friend?”

The next few hours waited. I counted the seconds, the minutes, and the hours that passed actually. It seemed like so long as if I had aged during that time? Me, Aryan, a guy who has not seen a girl in the eye, and who has not spoken to one unless he is spoken to.

As I waited for her call, my mind went back to Arun. So this is what is “true love”? I think I glimpsed some light at the end of the tunnel. Maybe it is too powerful, too overwhelming. Maybe it makes you feel like everything else in this world is secondary – excepting the person who is the love of your life.

You know, I am young just entering my teens. I cannot say I know a lot about life. But at that point of time, at the time I read her SMS, I felt like I knew about what it is to be at your happiest, what is the happiest moment of your life.

The moment came. She came. And I was there – much, much earlier. Waiting for the future I thought is ours. But then, I was young. Too young to know what lay ahead for us.

A new beginning came into OUR life – not just hers, nor mine, but ours. Our journey started – as friends, as lovers, or as both, I was unable to sort it out, all through the journey.

Me, a guy who never looks at a girl. And she – a dumb girl going through life like I don’t know how.

We SMSed each other. Spent memorable weekends over coffee. Saw Rab Ne Bana De Jodi“ together over a tub of popcorn. All the while, I was still waiting for her reply to my overt overture to her.

You know, this was burning in my heart. I had told her I loved her, but she had said nothing in reply!  Is it going to be like a one-hand handshake or what? I was thinking, every day, every night, every moment, every second, every minute, every hour about her and my love – and would it end up like a tragedy with a hero and only a hero?

Anyone who knew me would have felt that I was behaving crazy. Like, for example, whenever she called, I had responded to her in ten minutes – not at all like me! Suddenly, this girl from nowhere had made a terribly lazy guy to respond to her like as he had never ever done to anyone!

Finally, thanks perhaps to Shah Rukh Khan (we were walking out after seeing his flick),she handed me her note, which said, “For the first time I met you. For the first time, I met a person who listens to his heart.” Her bus came, she gave me a hug and smile, and left.

I was in cloud nine, but this was exam time and I came crashing down to the ground! The next month or two was only about me and my studies with a few SMSes with her thrown in as relief.

And then I saw her. At a coffee shop where a lot happens over coffee, naturally. There she was biting her lips, frantically sending me SMEes. We met like as if we were meeting after ages. The next thing you know, we decided to go off to Ooty, a lover’s paradise. All the novels I had brought with me for the journey ended up being unread. We spent a lot of quality time together, sharing walks, feelings, laughter, games, outings, rains, and stuff. But she had not answered my question. “Have patience, you will know soon,” she said in her sign language.

Patience? For someone like me? It was as tough as it can get.

But I waited.  I prayed. And I waited. And I prayed. For days after we returned from Ooty. This went on and on for some time, till I one day I got a call…

It was a new voice, someone who I didn’t know. And when I came to know, I felt even more tensed.

My heart skipped a beat. “Hello, Aunty, what’s the matter?”I asked. I had sensed she was crying.

“Can you come home now, right away?” she asked, and the line went dead.

I was totally confused – and scared. Was Sandhya’s Mom against us? Was Sandhya not keen on our relationship (after all she had not responded at all to my overture)?

I went – and saw the worst thing I can imagine: Sandhya, my beloved girl, lying with a crumpled letter in her hand. It was for me.

I saw her. And I read the letter. And I understood more about life, about destiny, and things that are too young for me. Things I wished I should never have known the way I learnt it in my life.

Sandhya: A dumb girl, suffering from blood cancer for the past few years. That’s why she didn’t respond to my overture. If she had taken her relationship forward with me, that would have led to more tragedy – for me. Though, she felt I was the only person who loved her like truly. If there is a next birth, I pray God I would be your wife: That was her he dying wish. “I love you, Aryan,” her letter said simply.

Reading her letter, I cried like a baby. She hugged me, kissed me, and then passed away.

Blo*dy, godforsaken Fate! I cursed. But IT’S WRITTEN. AND I HOPE IT IS WRITTEN THAT WE MEET AT LEAST IN THE NEXT BIRTH.