You are here: Home / Love and Romance / The SMS Lady – Short Story Love 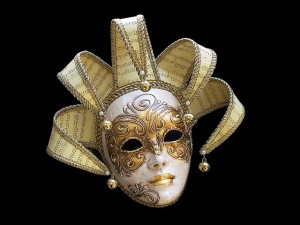 “OK, I am leaving”, Rita heard her husband Ravi’s voice. She was busy with her 2 kids who were getting ready for school. She came running to the door but Ravi already left for office. She was feeling very depressed but kids were calling her again, she just snapped the feeling and run to kids’s room. When finally children’s left and she was doing her daily house chores, she remembered morning incident once again. After 15 years of marriage, their life became too machinery and dull. Ravi was busy in his business and she is busy in kids, maintaining the house, making everything perfect for Ravi and family. In their busy life, they lost their small but sweet moments with each other. She somehow accepted this but, Ravi forgot even TODAY also — their marriage anniversary. She knows that he loves her a lot and for her he was the love of life, but…… .

When Ravi reached his office, he had a feeling that he miss something today, but what? He tried to remember but then his phone started buzzing and he was busy in work for long hours. In afternoon, he got an SMS, it reads “Hi, how are you, you are looking very handsome today, blue color suits you”. Ravi was very surprised, he checked the number but it was a private number. Soon, he was busy again and he forgot everything except his office and work.

Next day, he got another SMS, reading “hi, I am a great admirer of you, you achieved so much in small time, I want to be your friend”.

Now this time, he was both surprised and happy, he wanted to reply but again it was a private number. Slowly, it became a routine. He was getting message daily. Without knowing, he started waiting for that. He, through the messages,  came to know that sender was a lady and she knew a great deal about him, and was closely observing him daily. Slowly life was colorful again for Ravi, he becames more cheerful. The lady of private number told him through SMS

“It is good that you are a family man that is so rare now a days”.

He started giving more time to his wife Rita and kids. Rita noticed this and even asked that what happend to him, you changed a lot but he could not tell her the real reason, though he very much wanted to do that. He loves her, and has been faithful to her but could not imagine hurting her by telling a lady entering in their life through SMSes.

Surprisingly,the lady of private number wanted nothing from him, she just wanted to chat to him through SMS. She never even called, nor gave her name or number. At first he suspected that she might demand some money or asked a favor but nothing of that sort happened. Time passed as usual – Ravi was getting mysterious but romantic love SMSes regularly. Some times he really wanted to talk to the lady or reply her message but she remained unknown – private number.

Finally, after few months, the lady said that she wanted to meet him. Ravi was both happy and worried. He was in dilemma what to do. Then he said to himself,

“I never did anything wrong, so I should not worry. I will meet her to know who she is and what she wants from me.”

In evening, he finished his work early, refreshed and went to the restaurant where they decided to meet. She said that she would be in blue dress, his favorite color. His heart was beating fast, he was nervous when he reached the place. He entered and searched for blue dress, there she was! He can see her side, she was looking gorgeous from side. He went in front of her and his wife was sitting there, smiling, wearing his favorite blue color dress and a Birthday cake, “Happy 40th Birthday Dear Ravi – from Your SMS Lady”.