You are here: Home / Love and Romance / Broken Wings 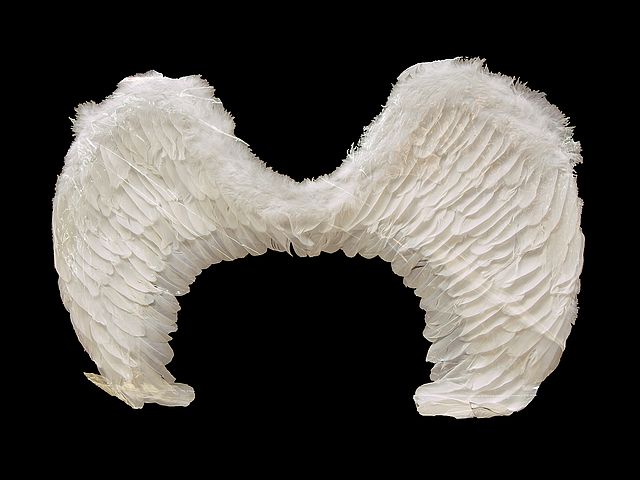 I could see a girl, and there though the fog she disappeared. And she was nowhere to be seen. And I could not control my eyes which were already looking for her up and down, there she was up in the sky and her colourful wings just helped her escape my sight.

I woke up and the alarm had been shouting its throat out. I stepped off my bed, into my slippers. It was already eight and I realized being saved from a latecomer’s title had turned out a great deal. I walked drowsily towards the washroom, and my mind covered with all sarcasm for brainless ridiculous dream I had. “And now only this was left, I’ve been dreaming of fairies! What could be funnier huh?”I laughed at myself.

I was twenty eight, and ever since I remembered I’d been a realistic creature, I believed in reasons and proofs. I had a nice mother and a great dad who had told me every secret to a successful life. I dressed up and drove towards the office building. There I could see a grey building lined with monotony. And like I was dancing to the same old juiceless rhythm I picked up my blazer and locked the car door. I entered my ‘supposed to be temple’ and ‘had turned out to be jail’ place.
Love someone had asked me sometime, and I had responded like “There’s no love, it’s just as foolish as getting married and rearing children.” I could have scorned nothing more than the idea of falling in love. And this was me, working day and night, earning bucks, and I had this as my so called ideal life.

I entered my cabin and a plate reading ‘Chief Executive Director’ could do nothing to please my bland life. Before I could stuff myself into the chair there was a knock at the door. I was introduced to a new employee, “sir, this is sarah, at your service”, she seemed ambitious and I kind of liked it. She was to be my secretary. She was stout, had shaped eyes, nose and lips at place, but the combination didn’t turn out like something real magical.

That night I slept happily, I never understood why, but there was something positive about the new person in my life. No, you got me wrong, not because I was falling for her just because after months (which seemed more like years), I had something new about my work.

With time I had got to know more of her. She was a wonderful human being and great worker as well. She was my secretary and the post itself meant she had to be with me all the time. And that priceless time is all I have of her. I was a no to jokes, and she would laugh at every chance she got. I had seen her dancing in the rains; I had seen her chase butterflies! And at work she was a total different person, whose confidence was flawless.

That night I could not sleep, it had dawned upon me, I had fallen for her. For the first time in my ruthless life I had experienced this bliss. I rained that night, I felt the drops on my hand, and I walked over under the sky. That night a drenched man had washed up all the chains ruling upon him. The dream I had I realized had senses!

I would catch up every chance of going out with her; she had become more of a friend than secretary. We would act complete fools, and laugh too hard! I just loved her company. I was human but I came into being with her. She absorbed every bit of life, captured every beautiful sight into her sparkling eyes forever. I had realized, we had been walking the same way always, but she would more often give time to reflect upon all that appeared along.
I never mentioned what I felt for her; I never wanted to lose the only friend I had earned. But deep down me I was buried with thoughts if she felt the same or not.

There came a day, we had to go to the nearby town for some work. We got late and it was already dark while we started our way back. It was a cozy night, and the road was lined by fallen autumn leaves. I could not have imagined anything more beautiful to have told her all that my heart bore. “Sarah I guess you ought to know this”, I began and she could sense the air strained, “as you know I was a man with total rotten moods, and it was you who brought me back to life, and you know..”,I trailed off.

“I should have told you before, I am sorry”, she broke the silence, “I am getting engaged.”

I got all my answers; a single statement had broken lot of it inside me. I smiled and congratulated her but inside I cried so hard. The next day she came to work, but things had changed. She seemed a different person altogether. My angel had flown, another one had replaced her, the one with broken wings.
And I just could not air myself up.