You are here: Home / Love and Romance / After Being Loved and Betrayed Twice 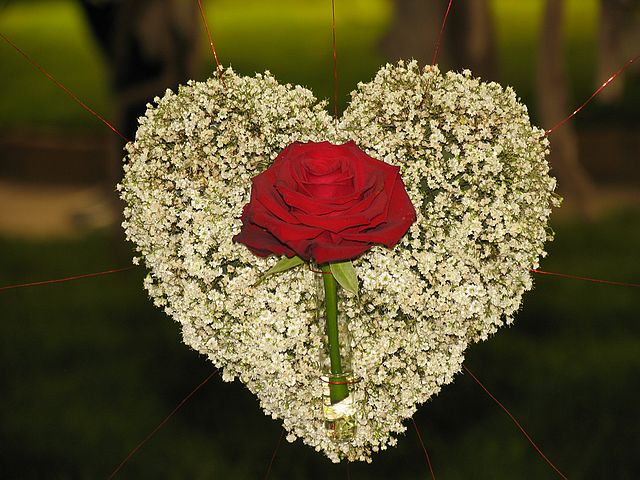 She was waiting for someone who could read her, understand her, meet her, and prioritize her over everyone and made her feel special. But it was destiny that both times she was being loved and thrown out of life like she was a thing and no one else.

First time she fell in love and had a great time with her best friend, her role model, her teacher but he only wanted to remain as a friend but he loved her. After much struggle they both got married but he changed the first day. He didn’t want her. He always wanted his family to be the priority. Even to pick up her phone-call, he use to give so many excuses like,” I am with family “or “I am at work”. She didn’t understand to pickup a phone-call of his wife why so many excuses but she adjusted.

Her dreams were broken. There was no love, no feelings only Understanding and adjustments. She decided to live a life she likes. She never felt secure to let him come near or go near so there was no relation between them. They both lived like hostel-mates and like this 5 years went-by. She has no one to go and no one to listen her. Only she and her loneliness. She wanted to run away to a place or in a jungle where no one lives  but she lived there talking to her friends and started working. She felt happy when she was at work. She started swimming and did everything which she could do to remove her loneliness like social networking.

One day she finds her college guy on Facebook and sends a friend request . The request got accepted and they are friends now. He lived out of country.They use to talk rarely but the girl as she was used to tell him do this or do that. He was very shy. Then she told him to download whats-app so that they can chat easily. He downloaded and they became good friends.

He came to know about her life and they both became best friends. But the girl kept the difference after he told that we both are alone and she can talk to him anytime. He used to cheer her up and the girl got a positive hope in her life which gave her some positive energy in her dull life.They both use to chat in a day or two and got closer and one day the boy and the girl argued on love.

The girl believed that without love one cannot be physical and even can’t imagine of being physical but the boy was naughty in this field. He said he can do it easily. He can imagine it even if he is not in love and after that fight the boy told that he will imagine her very close where they both can feel each other’s breathe but the girl denied and said it cannot happen and if it happens then the boy will fall in love with her. But the boy stuck to his decision. One week went and they didn’t discussed this matter but use to talk regularly.

Meanwhile the girl and her husband’s relation was going even worse. He was supportive but only like a friend and nothing else.

One day they again started and the boy and the girl imagined on what- app what if they meet.They imagined that they will meet at the Girl’s house and she will make lunch for him and he will talk to her while she makes lunch.Then they will look at each other and the boy asks the girl,” you are not happy ” and the girl says she is happy but the boy comes closer looking at her and says,” No, you are not happy”. But the girl again denies and asks him to sit while she serves the lunch.They both have a lunch and its time to go for the boy,but as he was leaving he comes back very close to her but she moves back and the girl says,”what are you doing ? You are my good friend and a friend who has brought some positivity in her life. Then the boy turns and goes away and the imagination stops here and the girl sleeps.

The next day when the girl tries to talk to him he did’t reply. She thought he might be busy. So she waits for his message but no message comes.Then she again messages him and he replies he was busy.But the girl understood he lied and told the boy to forget everything and don’t think too much. The girl felt so guilty but didn’t say anything and got the vibes that she will have to leave this person and  again have to be alone. She cried so much and the boy messaged her the next day that he is missing her from that day and want to meet her actually and talk to her and he also told that after the girl slept he imagined further that he pulled the girl so close to him and kissed her.

The girl got shocked and she thought it’s better to stop talking to him. She cried so vigorously that again she will have to live alone but she cannot let him move further. It will destroy his life as the girl was married. She stopped talking but he wanted to talk and proposed her . After discussing that it was not possible the boy stood firm that he wants her to be happy and he will give that happiness to her but the girl argued so much that it was not possible and even if she says yes he will leave her one day to get married to someone else and for his family happiness he will sacrifice her but the boy wanted an yes from her. She told him to call her and he called but he was not ready to listen anything.This whole process went on for seven days and the girl said yes thinking that she will not let him move further and help him moving on.

But as and when days passed on, the girl started feeling for him but always asked him to get married and he used to get annoyed and the girl felt after her saying yes he got some changed but was not understanding about the change and she asked one question what if after getting married the boy’s wife comes to know about them and he will have to choose one of them, what will be his choice and the boy said his wife and the girl got shattered.

She felt like she was again the loser but thought she will move on till he gets married and will not keep any relation with him.She told him let’s be friends again so that there are no complications in their lives. The girl got shock and wanted to die because she felt like its better to be alone and she started to get busy in work. But things changed again and the boy had a death in his family and he comes to the city.

After two days he comes to meet her as decided and then things happened the same way they imagined in their imagination. The boy continuously stared at girl and she was like feeling so shy. Then he came near her, hold her hand and till she felt comfortable kept her hands in his hand and looked in her eyes.

The girl tried to stop him but he said,” Don’t stop me today”. He pulled and hugged her and they both were in bed. She tried so hard that he leaves her but he was not ready to leave her. He kissed her eyes, cheeks and Lips and caught her so tight and the girl surrendered. But they realized, it was not right ,so the boy left her and they started cuddling each other like the sweet old friends and they spent three hours together and the girl was like in the heaven. She was in love with him and she knew she could not live without him.

The days passed and the boy was back at his workplace and he said to the girl that the family is thinking about his marriage and he also wanted to get married so lets be friends and forget everything. I will do everything as a friend but the girl got shattered in pieces and thought this is the only way she could live with him. Its ok she will let him go but didn’t had the courage to let him go. Why he did like this? Why he is not thinking of her? and so she asked to not talk to her one month and if he could stay without her then its ok.

From here things never matched and the boy told his family about her and when she get there to meet him and talk to him he was even ready to call the police and the girl was no more alive. She was only living like a dead person and nothing was working. She prayed to God ,” why me and I don’t want anyone now” and made herself busy in her work.

She left everything and She worked so hard that she owns a company now but couldn’t forget all this and wanted some love in her life. So she decided to hire someone who will only follow her orders and there will no feeling only job. She took a lot of interviews for the job and found the boy which matched her criteria and exactly the same she wanted.He was given a list of duties to perform for her:

1. He has to reach her home at 9’O clock in the morning. A car will be provided

2. Wish her in the morning and had coffee and breakfast with her.

3. Then help her choosing the dress for office and complement her how she was looking.No Lies

4. Go with her to office and be there and take lunch and dinner with her and Do some office work also.

5. Drop her home and then talk to her for one hour about the day and then he can leave for his home.

The recruit accepted all her conditions and all things were in place.

He was good and soon he began to understand her. He used to do things not because he was appointed to do it but with his heart and she was happy that she has purchased happiness. Some moments were there when they both got close to each other but the girl was like a stone and she didn’t feel anything for him.

The Recruit didn’t understand and asked his friend and his friend told him everything but on the other side the girl was thinking that there was no love in her life and she was not meant to be loved. She was crying at her home and was not in  state to go to office and the recruit knowing this came to meet her and asked why is she suffering like this? Why she stops and become more rigid after each breakup and caught hold of her and said to her” I love you and will you marry me? I don’t want any response from you just marry me and leave it to me”

The girl marries to him and the recruit was the one who loved her, understood her and made her feel special but she couldn’t love him because she has no heart to break once more so remained the same workaholic.