You are here: Home / Love and Romance / The Void between Life and Death 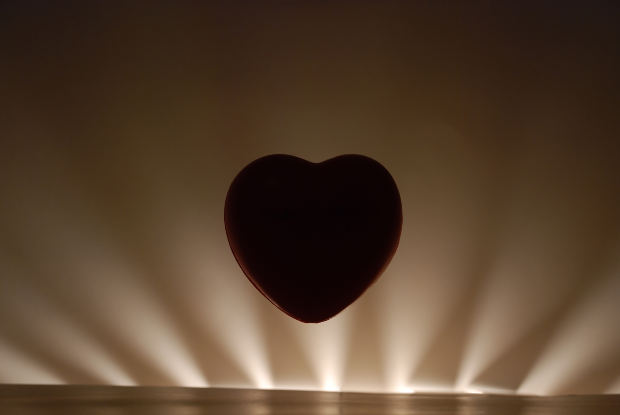 The air had that familiar scent of her sweat combined with those of spices and sausages; the kind that was George’s favorite; the kind that made him feel his life was fulfilled. The dining room glowed with all the magnificent lights on; furniture of yesteryear’s making it feel home. The table in the centre had two plates laid upon it accompanied by two glasses of wine and a candle in the middle. As he was walking towards it, he turned and looked back. He saw the door of his ward and perplexity took over his face. His ward; the ward, numbered 448, looked the way he had always imagined it would look like from outside; dim, green and decaying.

As he turned his gaze away, he knew what he had known; he knew he was in a hospital, waiting to draw his last breath. But if that is so, then, ‘what does this mean?‘, he asked himself. Perplexed and intrigued, he moved ahead; and that is when he heard it for the first time and almost died of a heart attack. It was Laura’s voice; sweet and joyful like always, singing and calling his name. She asked him, just like she always did, to have a seat at the table as dinner was almost ready and was about to be served. George remained standstill right where he was, everything being beyond his understanding; a tear rolled down his face.

He looked back at the door once again and thought, ‘Am I already dead?‘ But just then, all the logic in his mind was blown away when he saw Laura coming out from the kitchen with an affectionate smile on her face; the smile he has longed to see for a very long time. She came towards him with cutlery occupying both of her hands and gave him a kiss. She smelt just the same way she always did and her lips were as loving as they were always were. She walked up to the table and laid down the bowls. He walked over to her and hugged her tight.

‘Have you missed me, dear?’, she turned back and smiled at him.

‘My love, you have no idea how much! Laura, this can’t be happening, can it?’, he asked her, puzzled.

Meanwhile, a song began to play somewhere, to further heighten George’s amazement. He looked around and saw no one when, Laura whispered in his ears, ‘Remember this song?’

‘I do. It is the song we danced on in our wedding. How can I ever forget?’

Laura looked into his eyes; the smile on her face lighting. Suddenly, he had no questions anymore; suddenly, he knew the answers he was seeking all along. George put his left arm around her waist and held her right hand with his.

‘Will you give this poor chap the pleasure of dancing with you once again, my lady?’, he asked her bowing his head and smiling. She laughed and they began dancing. Slowly and gently they moved across the space around them; one holding on to another like they would never let go; and they never did.

When doctors and nurses rushed towards the body lying dead inside Ward, numbered 448, Late George Bailey kissed his wife hoping for a new beginning; a beginning that knows no end.