You are here: Home / Love and Romance / Dissolving worries 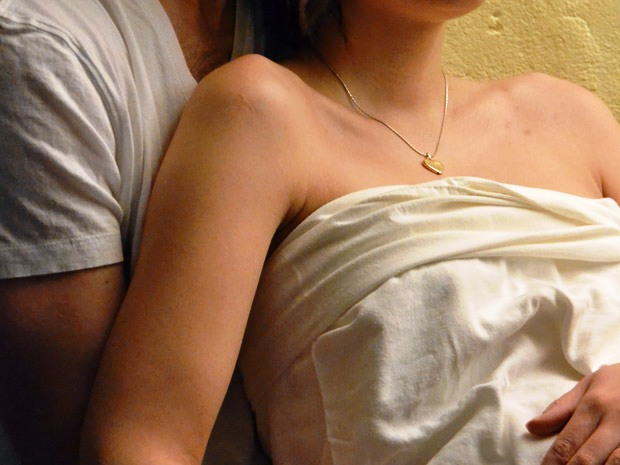 It was an early Friday morning. Madan returned home after a week long trip and his wife Priya was happy to see him back. Madan was in a hurry again as he had an important meeting in office on that day.

Madan rushed to bathroom and before closing the door, he said “hey, I was telling you about dry cleaning my blazer for today’s meeting. Have you done that?”.

Priya said “yes Madan. It is done. Take bath and come fast. You can have breakfast “.

Madan finished his bath quickly and took breakfast also in a hurry. Then he went to the wardrobe looking for his blazer. The grey blazer was dry cleaned but he actually wanted the blue blazer which was lying by the side in an untidy condition.

Madan said “I told you to dry clean the blue blazer. But you have dry cleaned the grey blazer. Why Priya?”.

Priya said “I know what colour suits my hubby. Don’t I know that?”.

Madan said “Priya. It is not about which colour suits me. We were all asked to come only in blue blazers today”.

Priya said “I am really sorry. Can I press the blue blazer now and give it to you?”.

Madan said “no need. There is no time”. Saying this, he took the partly crumpled blue blazer in his hand and left.

Priya knew that he was very upset though he did not show. She felt very bad for making this stupid mistake. She always prided herself on being a nice wife and a smart person. She wondered how much the crumpled blazer would affect Madan’s confidence.

She ate very little breakfast and had half of what she usually have for lunch. She could not stay peaceful at all and cursed herself for letting Madan go with such an untidy blazer. Madan used to dress so well and she had let him down on such an important day.

Madan returned home around 9 PM only. Priya had finished her diner as she knew Madan would eat his dinner at his office. He freshened up and joined Priya in the bedroom. Madan said cheerfully “the presentation went very well Priya. Everyone appreciated the way I spoke”. Priya asked “did anyone notice your blazer?”

Priya said “I am sorry about your blazer. It was a bad mistake”.

Madan said “leave it Priya. It does not matter”.

They both lied down. Priya had buried her face inside the pillow. She was beginning to feel better after knowing that Madan had a great day at work.

Without turning her face, she asked “what?”.

Madan said “nothing doing. It has been a week since we have been together like this. Turn over”. Priya did not move and she did not say anything too. Madan tried turning her over but she resisted firmly. Madan moved closer to her and hugged her as she was lying face down. Hugging her back ignited Madan’s desires.

Suddenly, he forcibly turned her over and sealed a tight kiss on her lips. She resisted the kiss as much as possible but in the end, she gave up. Madan was lying firmly over her to assert his control over her.

Consumed by his desire, Priya felt weak and blissful at the same time. She hugged him closer to her to let him know how much he was welcome.

A while later, they were engaged in a casual conversation.

Then Priya said “Thanks Madan.”

Priya said “It was very nice and different today. Usually we are like friends always. But tonight, I felt that you are my master and I should obey your command”. Madan said ” I am happy if you also enjoyed.”

Priya smiled and said “if I also enjoyed?” After a pause, she said “sometimes it is good that I do not do anything and cannot do anything. Whatever I need, my darling would do it for me. As a return gift, I have surrendered myself completely to you”.

Their eyes and lips met again. They would not sleep for the rest of the night. Love could help dissolve any worry.