You are here: Home / Love and Romance / The Hour, together 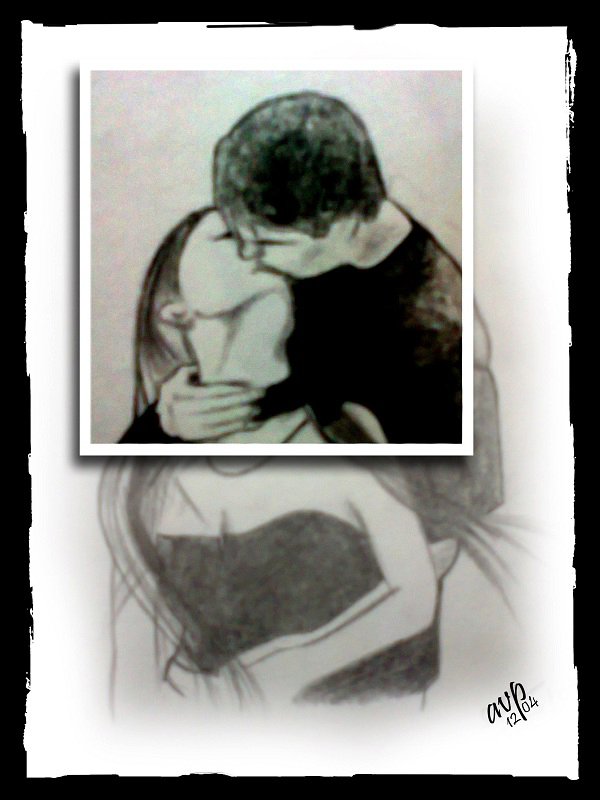 “You gotta tell her”, Mike exclaimed.

“Tell her what, that I ‘maybe’ like you. Don’t be stupid”, I countered.

“Neither. I want to go slow. Maybe it’s just a fling”, I replied.

“Go slow, my ass”. He got up to get the check from the counter.

We came out of bar and went our way. I took the bus to my apartment. Walking didn’t fascinated me today.

Though Mike had a point. I’ve known her for over 5 months and we certainly kick it off. But am right too!

Arggggh! She just had a breakup 2 months back and how am I suppose to drop a bomb that I have feelings for her and I ‘maybe’ like her. I am unsure myself. Darn it, am gonna wait.

I jumbled through keys to open the door of my apartment.

Waiting for further conversation I took out another pint.

While sipping, I dived into the memory lane of the awesome France trip that we did a month back. It was fun. I realized my liking for her there, or whatever that feeling was. Maybe she noticed that. Maybe!

I mumbled few curses and screamed – Who’s that!

I stood up and barged towards the door to open. “Who the hell……”

It was Laila. Sobbing.

She hugged me and started sobbing harder.

“Hey Hey Hey, what happened”, I was puzzled.

“Nothing”, she replied in broken voice.

“Nothing! Then we both shall cry over nothing, what say?”, I tried to bring some humor, pathetic it was.

She clutched me harder.

“Tell me what is the matter, babe”, I finally gave up and hold her tight.

She spoke after good 3-4 minutes. Letting go of the hug, wiping her face.

He mascara was ruined, and that was kinda cute. But I din’t commented on that. Yeah, am smart.

“That ba***rd Ronny called back in the evening.”

“He wanted to get back with me. I said no.”, she replied. “He called me names and said am having an affair. He was being so mean”, she was about to burst out again.

“He f**king called me a b**ch and said I was nothing to him. He joked about my relationship with him as well.”

Before completing that, Laila walked towards the kitchen with a chocked throat. I knew she will be crying again. This is the reason, I f**king hate Love. I was lost of what to do, how to react!

I walked in the kitchen. She was standing right in front of the fridge, hiding her face in her hands. That was heartbreaking.

“Don’t cry over an idiot, Laila. He doesn’t deserve you”. I tried to speak sense.

“Let’s go and sit”, I tried to pull her by her waist line.

She shook her head in a No.

“So, shall we try the hug again?”, Yes, I made a pathetic joke again.

But she did went for the hug again. Somehow I wanted it as well. This time I didn’t let her go and grabbed her tightly. Minutes went like hours, hours of something amazing.

She stopped weeping and I ran my fingers to her hair. “Don’t pay attention to fools, babe”

She shifted herself, but didn’t let go of the hug.

I started moving a bit while holding her. She chuckled. I was relieved.

I patted a kiss on her head. Her hair smelled like a bouquet. She looked up, and locked her lips to mine.

This just went from something amazing, to something confusing – yet amazing. I was shocked, but didn’t want her to let go.

I collected her again, in my arms, not softly; not this time. Holding her face in my hands, while continuing the best kiss of my life, I was lost. It was a slow rhythm, I guess.

She separated herself shockingly, with a puzzled look like mine. It was numb, silent.

We both looked into each other’s eyes. She was about to say something, when I pulled her by her waist. It was like taking what is mine.

I planted a quick kiss over those soft lips and said, “I don’t want to know anything else. Just tell me, is this right or not?”.

Rest what happened is history. We will work it out, or won’t. Who gives a damn?

The important thing was, we did what was right for the moment. We chose for right instantly, instead of going by the books.

Mike was right, I maybe had a thing for her. But that ‘maybe’ was too risky, to put that hour on hold. So we went for it, together.