You are here: Home / Love and Romance / And It Happpened

Short Story Love – And It Happpened 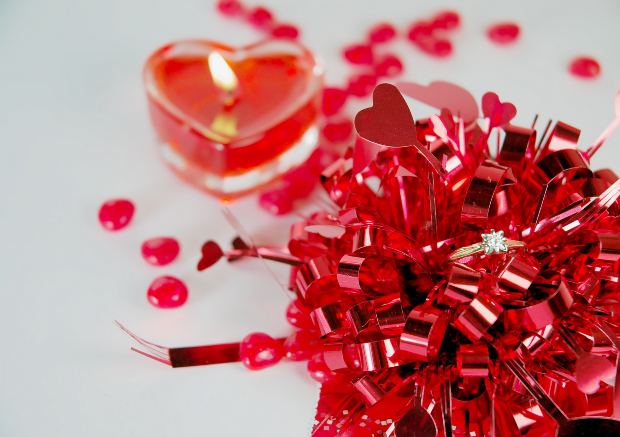 Nazam was at the recently opened Inorbit Mall in Hyderabad. He just loved the kind of crowd that the mall attracted, the young software professionals of India. He had gone with the intention of the monthly grocery shopping at Hypercity. However he didn’t get into Hypercity just yet. Instead, he did what he usually did, went to the food court floor and stood at the railing so that he had a view of the entire mall. Ah, What a collection this world is! The colours, the shapes, the curves, the sizes…Ouf!

Nazreen had just gotten to Inorbit Mall. She loved this place. It smelt of cosmopolitanism. She was there to go to Hypercity. She had to do her monthly grocery shopping. But she was feeling hungry. Then she remembered that her last meal had been 2 hours back. She hurriedly got to the food court. On the way, she decided to get a Chicken Frankie.

Nazam had tried this trick several times and all times he had failed. Being the kind who doesn’t give up, he decided to try it out yet again. He closed his eyes, cleared his mind of all thoughts and opened the Google in his heart and entered the search string, ‘Love’. He gave a few moments for the results to be populated. Unlike every time, this time his heart’s Google showed only one result. With his eyes still closed, he slowly started turning around as if to focus his radar. After turning a couple of degrees, his heart starting throbbing more rapidly. He prayed to the stars up in the heavens, ‘Please don’t deceive me this time’. Almost in slow motion, he slowly opened his eyes.

Nazreen had just paid the Frankie guy the money and took the Frankie. With hunger twisting her stomach with violence, she thrust the Frankie in her mouth. Taking her first bite in to pacify the burps of her revolting stomach, she thoroughly relished the taste and instinctively her eyes closed. As she opened her eyes, all the world around her was suddenly blurred. Except one point. She saw him staring in her direction, gazing intently at her. Everything else around him was blurred, except him. And even at that distance, she could notice him as if she were seeing an image in High-Definition. Her heart skipped a few beats.

He opened his eyes and everything around was in mosaic, out of focus. Except one point. He turned his head a couple of degrees to the left, to the only point of clarity. He noticed her opening her eyes, with a chicken Frankie in hand. His visual senses heightened and he noticed her with utmost clarity as if he were standing inches away from her. His heart went into overdrive.

Some command from his mind was relayed to his hands. He raised his hand and mouthed a silent ‘Hi’. He didn’t realize that a smile had appeared on his face.

She saw him raising his hand almost in slow motion and saying ‘Hi’. She suddenly realized that she was smiling too. Getting a grip over her heart, she attempted erasing that smile off her face. Not succeeding, she instantly took a 180 degree turn and marched away from that spot.

Seeing her turn and leave swiftly, Nazam felt a couple of hammer-blows on his heart. He immediately turned around and started off on the escalators. He avoided the eyes of everyone around and felt that everyone was intently glaring at him. He felt that the whole world knew what he was up to.

She started walking down the stairs and all her thoughts were mashed up. She looked around and found almost everyone staring at her. She felt guilty that she had done something incorrect.

He went outside on the first floor, took out a smoke to calm his nerves. Out in front of him, the mini-lake Durgam Cheruvu spread out in serenity. After a few minutes, that serenity got to his heart. He didn’t realize that he was still smiling. He finally remembered that he had to go to Hypercity.

She had sat down at one of the desks on one of the floors to regain her heartbeat. The world slowly came back into complete focus. She had finished her Frankie and felt the wetness of sauce around the edges of her lips. She took out her handkerchief and wiped it off, and thanked her stars that her heart was back to normal, devoid of any unwarranted emotions, emotions that seemed to rise and threatened to drown her. She didn’t realize that she was still smiling. She finally remembered that she had to go to Hypercity.

She got to Hypercity and retrieved her list from the purse. She quickly went over her list and realized that she would be there for a while. She knew that she had to start at the vegetables counter which was to the very left at the very beginning of the hyper mart.

He got to Hypercity and collected one of the plastic baskets at the counter. He tried remembering everything that he needed. He knew that he would be there for a while. He decided to start with the fruits section, which was to the very left at the very beginning of the hyper mart.

It took Nazreen a good half an hour to search and collect all the vegetables that she wanted. She had of course taken the plastic covers and taken all her purchases in it. All though she was absolutely focused in the selection of freshest vegetables, her mind was playing that moment over and over again, like a stuck record. She couldn’t understand why only that moment remained in her head, of all the moments through the day? In fact, she couldn’t understand why that moment was fast gaining prominence in her head, as if everything else she had done until that day had culminated in that moment. His face kept getting imprinted on her mind, as if it belonged there. A sudden thought leapt out from the darkness of her grey world. It was a face she wasn’t strange to. It was a face that had always been there. It was only now that she was seeing it for the first time, seeing it clearly, with it’s dimpled smile. It was as if that moment of him saying ‘Hi’, had activated that suppressed memory in her. She tried recollecting where she had seen him, but for the life of her she couldn’t remember. She was completely unaware of the surroundings, drenched in her thoughts. In that state, she proceeded to the billing queue and waited for her turn.

It took Nazam a good half an hour to collect half a dozen of apples, a bunch of grapes and some peaches. Though he pretended to be carefully scrutinizing the fruits while selecting, his head was running a completely different movie in his head. It was almost as if, his eyes were not recording anything out there in the surroundings and were just adeptly guiding him around. In his head, only that moment played over and over again, like a stuck record. He tried recollecting that lady with the Frankie. But all he could remember was her face, with crystal clarity, avid with even the beauty mole on her chin. He was surprised that he didn’t remember even a single thing about her body. It was the first time in his life that he had gotten stuck on a girl’s face, not proceeding further down. Every inch of his heart got painted with her image, as if someone went around in his heart with a stamp of her face. Her smiling. Her laughing. Her crying. Her sobbing. Her staring. Her angry…it was as if, she was painted on the walls of his heart all along. It was only now that the images had come into focus. He was oblivious to his surroundings, caught in that whirlpool of emotions. He took a couple of steps backwards in that zombie like state.

He bumped into someone. He immediately turned his head behind to apologize. The world came back into focus. He was close to the billing counter. As soon as it had come into focus, it spun back into the mosaic.

Someone had bumped into her. She immediately turned her head to apologize. The world swirled out of focus.

Eyes locked with each other.
Their worlds froze.
They both smiled.
The cacophony of the world got muted.
They could hear the breeze humming in their ears, humming a note so very sweet.
There was clarity in both their heads.
They could feel the sunlight piercing through the clouds in their heads.
Their grey cells were screaming out loud, ‘This is it.”
Words weren’t necessary.
They could hear each other’s heartbeats.
They both smiled again.
They both mouthed a silent ‘Hi’, at the same time.
They both smiled again.
They turned towards each other.
He started noticing her deep-brown eyes, the curve of her nose, the elegant curves of her eyebrows…
She started noticing the curves of his biceps, the tautness of his chest, the broadness of his shoulder…
They both smiled yet again.
Then the eye-lock was back again.
It refused to go away.
The smiles refused to fade away.
Their emotions were dancing now.
In each other’s eyes, they saw themselves.
They knew that the sight belonged there.
And their existence began to fuse together – gently, playfully; with care, with love.

Nazam was finally in laaauuoov.

That’s when Nazreen realized that all her suppressing efforts were useless. She couldn’t stop it from happening. Love just happens.

That’s when Nazam realized that all his earlier efforts were futile. He didn’t need to make it happen. Love just happens.

Of course, that was just the beginning of a modern tale of two Indian lovers.