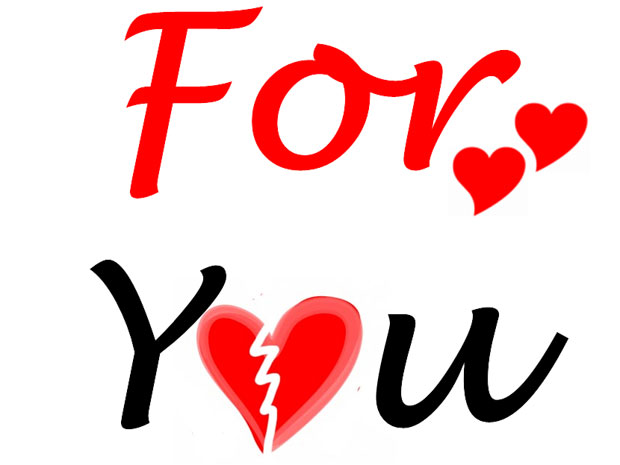 It was 11.35 in the morning, when Savita heard the doorbell. She hurriedly rushed to the door, hastily wiping her hands on the apron wondering who it could be. She was in the midst of preparing lunch for her family who would be visiting. It was her 62nd birthday and her son along with his wife and sons was coming. Her daughter also planned to visit with her husband and daughter. Manohar, her husband had gone out to do some last minute shopping. Surely, it could not be him at the door? He had his own key but sometimes tends to forget to take it with him.

As she opens the door, she sees a man in a courier dress holding out a letter for her and asking her to sign the paper he has. Puzzled at being sent a letter and that too one where the address is hand written, she signs for it and closes the door. Since the letter is addressed to her, she tears it open. As she looks at the handwriting in the letter, her past comes rushing back to her. She reads it and tears start flowing from her eyes. She sits there as the key turns in the door lock and her husband of 35 years, Manohar walks in. He is carrying vegetables and milk in a bag.

As soon as he enters the house he can smell something burning and he spots his wife in tears. He rushes to the kitchen and switches off the stove and then rushes to his wife. “Savita! What happened? Why are you crying?”

He is really worried and doesn’t know what to do. Savita turns to him with tear filled eyes and hands over the letter to him. Manohar picks it up and starts reading.

I hope you don’t mind that I addressed you as Savi instead of Savita, but that is how I thought of you all these years. And anyway it is a privilege that you can surely afford a man who is no more. You must be stunned to get a letter from me. But you have to know that this comes to you from beyond the grave. I know that when we broke up you were heartbroken, but then what happened was all your fault. You had these lofty ideals and I had no other choice but to say goodbye. But I could not in all good conscience leave it at that. Egoistic as I am I want to let you know how I felt from beyond the grave. I know you always accused me of having a big ego, I never liked that but you were right.

You have to know something, I loved you, I really loved you with all my heart and soul. I wanted you too and at some level I know that you knew you how much I loved you and wanted you, though I made it a point to never express what I felt for you. But you know what? I hated being in love with you. My love for you was like a slap in the face and went against all the things I believed in. There I was reasonably good looking, popular and in a committed relationship with a beautiful and nice girl and what did I do? Fall head over heels in love with you! There you were lumpy, average looking and with those tiny eyes in a big face.

I thought I knew about love, but when I saw you standing there awkwardly on the first day of college, I felt really drawn to you, I knew that I had to have you. The one thing that hit me like a slap on the face was the immense wave of desire I felt when you walked into a room. Liking you I could understand, wanting to talk to you was something that everyone could understand ; you were warm and funny and a good listener too. But desire? That was awkward and to feel it so rampantly for a girl who looked like you was inexplicable.

I know I am insulting you, but that is what I felt. I knew you wanted me too. The feeling that I got when I was with you made me feel like superman. Though I tried to resist your…. should I say charms? I also knew that it was like fighting a Tsunami. Back then everyone who saw us together even when we were not talking or doing anything together, knew that we were mad about each other. Guys would come to me and tease me about you. I would get angry and tell them that there was nothing going on. In fact I should bring out pictures of my awesome girlfriend and flaunt it. I would ask them “ How can you think that I would fall in love with Savita, when I have a hot girlfriend like Chhaya?”

It was almost as if I was questioning myself. I remember that one day when I made it clear to you and others that we could never be a couple. It was cruel and crudely done. As I spoke I could literally see your expression change and the hurt creep into your eyes. I wanted to hug you there and then hated myself for feeling that way. I thought to myself “ It is better to be cruel now than to give her false hopes” Even as the thought popped up I could feel my heart shouting “No! No! You fool!”

In spite of my wanting to resist you, I could not help but feel possessive and jealous about you. I tried to hide it by cracking stupid hurtful jokes so that no one would realize how I felt. But the day when that stupid moron presented you with a rose on your birthday and when I caught sight of you looking at it with fond affection in your eyes, was the day something inside me snapped. I found myself jostling you so that you drop the rose and then stamping on it with a cold heart. I know you were hurt and confused but I could not bear to see you get a romantic gift from anyone else. I know I am sounding like a jerk and I was.

There were several instances in those three years when I should have made things special for you but did not. You do not know what a torture it was for me knowing that I had to meet you everyday and to keep fighting all those feelings. Weekends were bliss as I would go back to my hometown and spend the weekend with the beautiful Chhaya. Even as we sneaked around on dates and as much as I enjoyed being the envy of all my school friends, my mind would wander back to you. I would wonder what you were up to and whether you were thinking of me. It was almost as if I was obsessed. In fact one day I concluded that what I felt for you was obsession and it would be healthier for both of us for me to stay away from you. But that was easier said than done. I would resolve on doing one thing and find myself doing something entirely different.

Of course the day we all finished the course, was the day I knew that I am being foolish in letting you go and I asked you to marry me. It was a total shock to me when you turned to me and said with tears in your eyes “ Bharat, if you can think of breaking up with Chhaya for me, then how can I expect you to be faithful to me?” I wouldn’t have been more shocked if you had offered to do a striptease right there. I had thought that on getting my proposal you would simply collapse in delight at my feet panting in gratitude, and there you were accusing me of being fickle and unfaithful. I really wished I could undo what had happened and saved myself the indignity of being rejected by YOU!

After that I was determined that I would get along with my life and I did. I married Chhaya and was really thrilled each time people complimented me on my lovely wife. It was almost as if this was something I had achieved instead of someone I had the good fortune to meet and marry. Our life was good, we had children and things were comfortable. I never quite felt the passion and jealousy I used to feel for you. Must say that most of the times it felt good, but sometimes it left me wondering if there was something missing.

But whenever I felt that way, I would think about what you said as we parted “Be true to Chhaya, she deserves that” and I was. I may never have felt that rampant desire that I felt with you or the surge of resentment either, but things were good and she was happy with me.

Smriti kept me informed about your life, your career and your children. I know it seems strange that I kept track of your life, but then I had to know you were okay. I had a good life with Chhaya, I loved her and I was content, but you know something? I always knew that if I had married you my life would have been even better. There! I said it.

Now I know that I have made my feelings clear to you, I feel a certain amount of peace. I am also glad that Chhaya never knew about us and was really happy with me.

With all my love (I can say this now) and hoping that there will be a next time for us,

PS. I asked Smriti to courier this to you.

After reading the letter, Manohar looked at Savita with love and understanding on his face. He got up, put his arms around her shoulder, wiped her tears and said “ Poor guy… his loss was my gain. I can understand what he felt when he met you, because I felt the same way.” Saying that he looked at his wife of 35 years with love and adoration. Savita rested her head on his shoulder and felt a wave of peace wash over her.

As she gets up to get things going, Savita feels a wave of sadness wash over her, after all her first true love is no more. But beneath it all. She feels a wave of satisfaction in knowing that she was not wrong; Bharat had loved her and that too a lot. She knows that it is only vanity that makes her feel good about having her intuition confirmed, but she tells herself not to feel guilty.

Manohar watches his wife go about her work, he can literally read her mind. He knows that he is lucky to have found his true love. He knew that Savita was special, not beautiful at first glance, but hers was the kind of beauty that got to you, heart and soul. He thanked God that not everyone could see what he saw when he looked at her. When he thought back to the letter that Bharat had written, he realized that Bharat had seen it too but did not have the maturity or discernment to know how special Savita was or how precious this kind of love was. “His loss is my gain” thought Manohar.