You are here: Home / Love and Romance / Love of my life 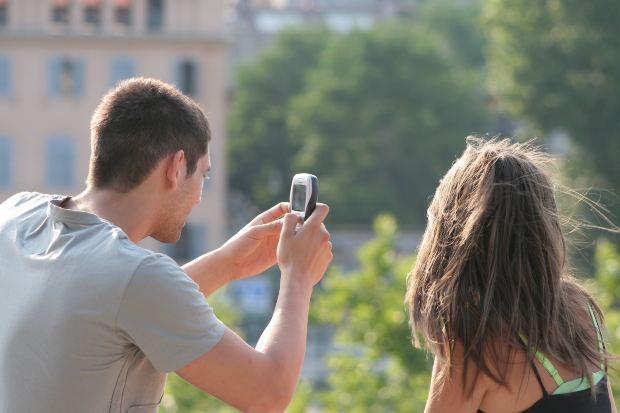 I always wondered if at least for once in my life I would experience this thing called true love that every body dreams about. Most of the guys had some thing missing on my list for the perfect guy whenever they approached me. Its not that I had this list of things I wanted from guys, I just would stand and mentally scrutinise some one and rub his name off my list of guys to date.

The more guys I saw, the more I came to know what i didn’t want in a guy. I wanted some one to challenge me and my conscience, some one to break my walls even for just a while as i built them back up. All that I got were these level but not standard kind of guys that used the same pick up lines you ever heard or watched in some movie and in my head, I would mentally be laughing hard at them in the face like hahaha while keeping a straight face, until my day finally came.

I don’t know what you guys expect to hear,but wasn’t expecting this too. My friends had literally pulled me out of bed some Friday night with the excuse of “i need to hang out more” when we went to some club. There was a lot of noise and i dearly missed my bed and the sound of Adelle music playing on low volume in my room. I managed to sneak away from my friends with a red ice in hand and sat on the sofas, pulled out my phone to read some novel online as i sneak looks at my friends getting wild on the dance floor.
Apparently, it wouldn’t be for long because some one tapped my shoulder. Checking, some close to fat guy was looking at me and mouthing words i cant hear because of the noise. I look back, and make signs showing i can’t hear and so he bends and shouts in my ear how he loves the novel am reading. I got taken back when he asked me to push further in the sofa so he would sit. I swear i tried so hard to keep concentrating but the tap on my shoulder and shouting in my ear after like every two minutes couldn’t let me. So i lock my phone and i get ready to shout and be shouted at as we struggled to converse above the noise and music, to some harmless close to fat guy.

Without realising it, i was laughing hard, not mentally this time and enjoying myself and by the end of the night had served my phone number. Answering calls and going for friendly dates after having stated how am not interested in dating and he laughing out loud and saying me too begun. We had fun. Movie nights, cooking together, talking about life, evening walks, star gazing, everything. The guy not even once hit on me and i changed from being comfortable to super comfy around him. After like 3 months of this fun,g uy vividly announces how he was transferred at work and he was shifting as in moving to another place. My heart skipped a beat. I told him how it was great and how the rise in salary and standards would be good for him and smiled perfectly and gave him a friendly hug after promises of keeping in touch but inside me, i knew i was going to terribly miss him and realisation hit me that i was expecting more.
I mean he had never confessed falling for me even once. So i shut up and watched him get in the taxi to the air port. Its been half a year now, i miss him terribly, can’t commit myself either or even bring myself to confess, worse, flashed my phone and lost his contact address. Every time i want to search him on facebook ,i feel like a stalker and drop the phone immediately. Worse still, am dying here coz most of the guys that approach me end up being compared to my fat friend. That’s how am convinced the love of my life slipped right through my hands. Wherever he is, i hope he is ok and misses me as much. I am glad though, that i at least had those three months of fun, though they left me more months of despair and longing.