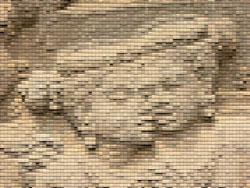 Hello humanity, I am Sampoorna. I come from a remote village and belong to an influential Thakur family.

You know what, I can’t see anything beyond Ayushmaan, my love! I know Ayushmaan had taken away all my sanity in a matter of few days from our first meeting. I still remember the first time I met him at our ragging session at college. I had managed to convince my Dadaji that I would make our village proud and finally was sent to a city to study. My grades were good and I got into medical school easily. Now, Ayushmaan was in final year and I was a fresher. He was the ring leader of the ragging party. And they were putting up all sorts of stupid conditions – sing, dance, recite. I didn’t know any of these because I just knew how to play football. I was loved and pampered by my brothers and why wouldn’t I, I was there only sister. Actually I was pampered by my entire family and fondly called Lakhsmi. I played football with Arjun and Rajesh Bhai and would at times give them stiff competition.

So during the ragging session when I said I know only to play football Ayushmaan came forward and said,

“in nazuk pairo se football to tum nehi khel sakti ek kaam karo I give you an easier option kiss any of these guys….”

I looked at him for a good number of seconds and then at the bunch of guys. I looked back at him and realized he was the best looking guy in the class. I went up to him and kissed him on the cheek. You should have seen him. His bronze colored face turned purple from embarrassment. The tables turned and now it was his chance to be cornered. His friends openly teased him and since I didn’t know what his name was I secretly named him Savre.

Next I saw him in the canteen. I was a devil and couldn’t stop myself. Imagine I was just seven days old in college, and I went up to him. All his attitude seemed to vanish, and was unnerved to see me.

“Next time you do any such thing Mr. I will complain to the dean….”

I left him baffled and walked away. I had lost my heart to him my Savre. I just wanted him to come up and talk to me once.

I was lost in his thoughts most of the time. And whatever our teachers were teaching was all Greek to me. It was about a month after I joined college. My eyes always searched him. But Savre was a book worm. So he was always in the library. And I hated books but in order to gain his attention I started going to the library.

I was staring at him as usual when he pulled a chair and sat beside me.

“Did you come here with a plan to fail?”

“Stop staring at me and stop stalking me samjhi…”

I was so hurt and angry, gathered my books and left the place.

That was the end of Savre. I buried all his thoughts and started attending classes desperately trying to grasp what was being taught. One afternoon I was sitting all alone with my books in the corridor. I was sad for a reason I was unable to understand. He came and sat beside me. “Hi…” I looked up and saw him. I ignored him and started fidgeting with my books again.

I pretended to get busy in texting someone and he had to leave.

That evening I got a call from an unknown number. After three blank calls the caller hesitantly spoke,

“Who Ayushmaan?” I really didn’t know his name.

So my kaatil’s name was Ayushaan! I was just a teen and obviously very excited. I should have made him wait but instantly agreed to meet him.

He scanned the playground and strained his neck to see if there was anyone in the corridor. Searched his pockets desperately and with a crumpled hanky wiped his face, gave me an unsure look but didn’t say anything. After a while he managed to say,

I faked and angry look but my dil was doing salsa. Aysuhmaan looked desperate to convince me,

“I know I am rude and withdrawn, but I like you….”

I stood there speechless batting my eye lashes.

“Now what am I supposed to say?”

“Are you angry Sampoorna?”

He came forward and hugged me, “Mujhe propose karna nehi aata kabhi kia nehi na par I love you I have been silently watching you all these days. And I can’t hold back any longer bolo na Sampoorna kuch to bolo….”

“Are you kidding Ayushmaan?”

All excited I kissed him on the cheek and he whispered “did you like me right from that ragging day?”

I blushed probably for the first time in my life.

With his help ab to doctari bhi samjh aane lagi. We wanted to set up little hospitals in rural India. Years flew and Ayushmaan cleared his post graduate entrance exams. We were now an inseparable couple. Some said we looked like Romeo Juliet and I laughed at them.

“Sampoorna are you sure your family wont object because of our caste differences?”

He kissed me for the umpteenth time and I knew he would make the perfect husband.

“Sam this time come back early from your village I feel so bored.”

That vacation changed everything. Ghar pe people wanted to marry me off. Ek larka mujhe dekhne bhi aaya. Wo bhi doctor tha. I decided to talk to Rajesh Bhai. I knew he could do anything for me.

“Bhai I I love somebody”

“That is really great Chhutki bring him here I will make sure you get married to him. Just remember he should be of the same caste or else Dadaji kaat ke phek denge….”

I had never thought about this but Ayushmaan always had warned me. I was scared that moment. I had to run away from all this. I had to. I called him.

“Sam, my love don’t worry we will convince everyone.”

“Ayush I am coming back tomorrow.”

I convinced him to get married. “See Ayush once we get married no one can object.”

He wasn’t very keen but I almost forced him to get married. Our friends warned us not to go back to our village but my Ayushmaan wanted ashirwad chahie tha.

I didn’t know Arjun Bhai already got the news of my wedding. I had dared to marry a mason’s son and defamed my family.

I was in my wedding outfit. Maan said I was looking out of the world but I was busy looking at him,

He kissed my nape.

“No one’s watching driver ko dekho he is not even bothered… Sam why are you scared ab to shadi bhi ho gayi ab thodei na hume juda kar sakte hai!”

Yes he was right no one could separate us now. I kept my head on his shoulder and entwined my fingers with his.

“Ayushmaan I love you….”

We reached our haveli.

We were busy giggling when I heard Rajesh Bhai shout,

Next I knew was Ayushmaan clutched my hand and started running. We had assumed we would stay there for a while and had done away with the car. I was sure nothing would happen.

“Ayush I can’t run any longer…”

And then I heard the shouts,

I was paralyzed with fear. Also a portion of me died hearing Arjun Bhai’s and Baba’s voice. I thought I was their little princess and here they were ready to kill me. Seeing me limp Ayushmaan lifted me in his arms. This was no movie and Ayush was no stuntman. He was finding it difficult to walk.

My heart cried at his attempt at giving me false hope.

“Ayush…” I crashed into his chest…

I sealed his lips with mine. I knew we might not even live to see tomorrow. And my Ayushmaan was making it most to make me smile. I felt his hand tighten on my waist. He started kissing me madly. There was a pain in his kiss. There was desperation. I let his hands undress me, I let him touch me and make me feel complete. There was so much passion so much care in his love making. But that wasn’t enough he didn’t have an upper caste tag. So he didn’t have the right to be my ‘perfect husband’.

He was playing with my hair when we heard the shouts again.

“Sam I can’t fight so many of them”, he said with tears in his eyes.

“Ayush what will we do now?”

He kissed my forehead and took out a bottle from his pocket “Sam wo mein ye laya tha I mean….”

It was a bottle of poison. Instead of champagne we had poison on our wedding night. Ayushmaan took my lips and kept kissing till we tasted each other’s blood and fell lifeless on the ground.

They broke open the door and saw us dead. Arjun Bhai kicked Ayushmaan’s lifeless body. I thought I was Arjun Bhai’s gudia but I was wrong. My father, my uncle, no one cared to even do my last rites. They left saying that the wild animals would do justice to us. Rajesh Bhai came in much later and helplessly cried. He held Ayushmaan’s hand and gave my hand in his and kissed our foreheads. Arjun Bhai was crying and talking to him,

“Take care of my sister.”

Now we lay side by side burning. Today was our wedding night but this world fell too small for our love. Our friends didn’t know that we would really become Romeo Juliet one day.

“Sam this world is better here we have no tension, no exams.”

“Ayush, stop! is romance the only thing on your mind?”

I traced his handsome face and settled in his arms and whispered, “I love you Savre….”

He didn’t know till then that I had secretly named him Savre.