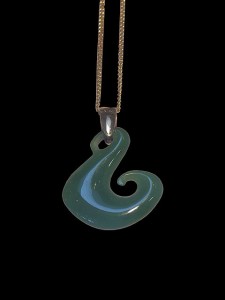 Outside, dark clouds were gathering for a downpour; it was the 13th of July, 2011; she was working furiously on her laptop, typing words almost faster than she usually spoke. A single strand of hair fell on her face and she blew it away, her hands too busy to leave the keyboard. She could hear her husband hustling bustling in the bedroom. “He must be looking for the remote for the TV”, she chuckled, marvelling how she just knew. “Nalini”! His familiar voice came slithering through the corridor, “Where is the TV remote?”

For a moment, the keyboard heaved a sigh of relief. A familiar urge to get up and find the remote rose in her, like a subconscious force rising in the capillary of her throat; long ago, as a child, her mother had taught her about “how to be a good wife”; “I think it is in the kitchen,” she shouted back. “I think I forgot it there while making tea”.

Obedient as a naive school boy, G— came hobbling out, one hand holding their orange towel. She spared a glance and looked at her husband. Work, or calculations rather, had altered his dimple into a wrinkle. Five long years ago, she had left her parents for him. “That isn’t true,” a voice inside her whispered, “You had run away and tagged him along.” Another voice piped up “But he has done well, hasn’t he?” she smiled. Her mind shuffled with practiced ease between what she was typing and her wandering thoughts. G—- had always gawked at her ability of multi tasking.

G—- worked as an accountant in a diamond store in Mumbai’s famous Zaveri bazaar. His white shirt-black trouser bespectacled smile, gave away his profession much before he could introduce himself to anyone.

“I have to go back to the store,” she could hear his voice over the blaring noise of the TV. “Why do you have to go now”, her voice carried a note of irritation, “I thought we will have dinner together today”. Though her husband was meek and she knew she used her dominance over him, still she loved him. “It is our anniversary today and he has forgotten” that little voice inside croaked in despair “I thought I would remind him during dinner.”

“I shall be back in an hour” he said, as he hurriedly put on his shoes. She wasn’t typing anymore. She wanted to cook something special tonight. “Come early or eat cold dinner alone”, she quipped as she closed the door behind him.

The repeated banging of the bell brought a smile to her face. The day they had run away, he had come to her home while her parents were out and had frantically rung the bell repeatedly before she opened the door. Though years had passed, he always played the same game — rang the bell repeatedly while coming or going out.

G—- remembered their anniversary very well. He imagined her eyes when he would put that diamond pendant over her soft skin. He chuckled at his own mischievousness.  “He wasn’t that sort of a person, he was the simple, straight forward guy, or so she thought”, he reflected, “She will be in for a surprise today”.

Half an hour later, she was in the kitchen. “Every night in my dreams…” she hummed Celine Dion as she chopped onions for chicken. Soon she was marinating the chicken with curd, garlic-ginger paste and haldi when she realized that the TV was on. “No wonder we pay so much on electricity bills”, she remarked as she strode to the bedroom; one hand dripping with marinade, while the other struggled to put that irritating strand of hair back in its place.

“Breaking News: Mumbai terrorized by blasts again” the idiot box blabbered. She stopped in her tracks. “Mumbai’s Zaveri bazaar has been ripped apart yet again—-“, there was silence inside her. A part of her wished that little voice inside would say something. “Zaveri Bazaar, famous for its diamond merchants —–.” Her mind refused to think. Dumbstruck, her bulbous eyes stared at the TV screen while marinade dripped from her fingers; that irritating strand of hair still on her temple.

She felt the bile rising up in her throat; she couldn’t shout nor speak. Like a zombie she picked up the mobile phone lying on the bed and dialled his number. Her practiced fingers trembled, her ears begging for the click of him picking up the phone. Her eyelashes were moist, she could not see clearly through the haze, but she couldn’t cry; her thumb pressed the green redial button all over again. She felt an unusual tingling in her toes, her usually steady fingers shook in uselessness; her ears pleaded to hear that voice, her G—-‘s voice….

That was when the perplexing silence was broken by a ring of the bell. And it rang twice. And then again. And again.

The first drop of tear fell from her eyes.