You are here: Home / Love and Romance / TILL DEATH DO US UNITE 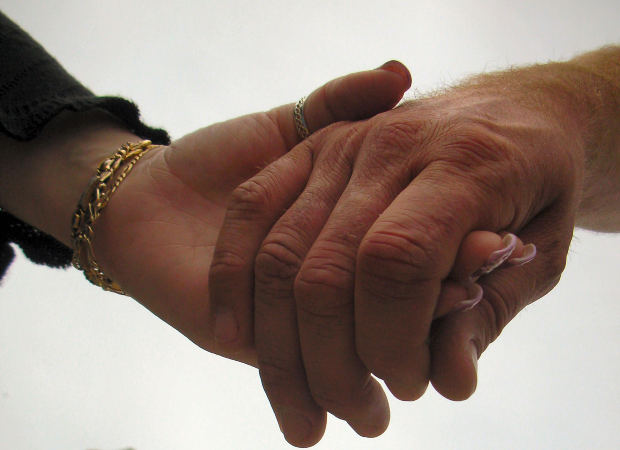 TILL DEATH DO US UNITE – Short Story
Photo credit: taliesin from morguefile.com

“You are getting old, Krishna,” said Pramila demurely.

“Of course, dear, I’m ten years older than you.”

She smiled and hooked hands with him and walked on.

“Haven’t we been a little hasty?”

“What, in leaving them, the house and their world?”

“After all they are our son, daughter-in-law and grandson, dear. They need us.”

“No, Krishna, not any longer. Look, my dear husband, they are fully grown now, not toddlers. They can take care of themselves and their son.”

“Look, Krishna. We’ve discharged all our responsibilities, to the best of our ability; got him educated, took care of his health, trained him to take on the world. He is a professional now; earning a cool six-figure salary every month. We got him married. The girl is very good; educated and not ambitious to be a career woman. She’s taking care of him and their son very well. Now, our role is finished.”

Krishna interrupted her, “Just because we’ve had some misunderstandings and friction…”

“No, Krishna. It’s not that. They are bound to happen in any family. And they were never disrespectful, to me or to you. In fact, they loved us a lot.”

“It’s just that our time is up, Krishna. We’ve got to move on and allow them to live their lives as they wish.”

“I guess, you are right…” Krishna seemed to concede reluctantly.

“As usual…” She said in a tongue-in-cheek manner.

“Where are we going, sweetheart?” Krishna asked.

“Now, the whole world is ours, dear. Isn’t it?” She gave a beatific smile.

“It certainly is. Still, I would like to know where we are going.” Krishna persisted.

“You have unquestioning confidence and faith in me. Don’t you?”

“So, continue to repose the same faith in me. OK?”

They held hands and walked for a while.

Lot of people were gathered in the drawing room of the small bungalow. A shamiana was erected over the open space in front of the house. Several people were seated on steel folding-chairs and talking among themselves in hushed tones.

Loud wails were emanating from inside the house.

Kiran and Shyamli were seated, with their two-year old son Kartik, beside two bodies – of an old man and an old woman – lying supine on the floor; a purohit was chanting mantras.

In a corner, two relatives were speaking to one another.

“Losing a parent is painful enough but to lose both within a few hours of each other is ineffably agonising.”

“True. The mother, Pramila, seems to have died in her sleep and they realised it only in the morning. The poor husband, Krishna, just couldn’t withstand the grief. He just collapsed and died beside her. They loved each other very much, and doted on their son, daughter-in-law and grandson. The children too loved them a lot.”

“Who can change nature’s writ? When the time comes all of us have to depart. Haven’t we?”

…In front of an electrical cremation ground.

“Our final destination, dear,” said Pramila, “shall we?” She smiled and offered her hand.

Together, they stepped into their new world.