You are here: Home / Editor's Choice / What love is…- Short Story Love 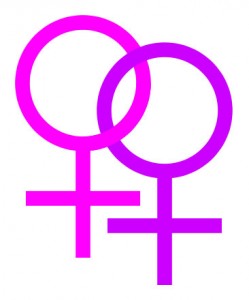 Short Story Love – What Love is

We are all taught to perceive love in a certain way, Bollywood movies glorify it as the sap of youth, poets long for their first love,  intellects believe it to be  companionship, and to the artist it is the muse, to the singer a tune, to a businessman capital, to a pimp sex. It is a wonder that there are so many perceptions attached with a four letter word. Some say it is the spark when the flesh meets another flesh so akin in nature that it dare not leave its side. Some die for love, some live for it, some fight for love, some find peace in it, some fall in love, some grow in it, some get love, some crave for it. It must be a power ,for it drives the world around.

It was a small place in south India, where our story starts. Yes it was a place, for it was neither a town nor a village. Small huts and big buildings, lamp posts and coconut trees, the smell of coffee in cafeterias and small shanties, old cycles and new cars all coexisted together.

The protagonist in the story is a young rebellious woman of seventeen, with short cropped hair, broad build and a foul tongue. She was neither feminine nor masculine yet she was perceived to be the latter.

Branded as a ‘homosexual’ by the society she did not care, she just curled her fists and swore once or twice. This was our Annu ; a woman who was responsible towards her family yet highly critical of her mother; she would roll her sleeves and spit in spite at the face of anyone who dare speak to her. Well almost anyone but even Achilles had a weak heel then how can Annu be any  different? She was in a commitment with a man from a neighboring state in his early twenties. But this was not her “heel”. Far from it; she felt less emotional attachment to him and more to her best friend Sneha. Sneha lived up to her name the meaning of which is “love”. She was the  girl a mother would have dreamt of, a man would have asked for in marriage, any teacher would have wanted for as a student but yet again she was so much more.

“They do not see through you. No one does.”  Annu would say often as she walked home with Sneha by the fields.

And Sneha  would walk in a whimsical manner, her shoulder length hair flowing , would gaze into mid air, humming a pleasant yet melancholy tune. She would stop and sometimes answer

“If they would, then Annu how would you be special?”

And the dusty road that had been beaten to shape by carts and cars, rain and storm, sun and wind would all admit defeat to her wisdom and the journey would end.

Sneha’s parents were weary of Annu and the whole neighborhood  would spread rumors  but never could bring up any evidence to prove that the two were romantically involved. The village had seen lesbians commit suicide, burn the house they were locked inside, thus they talk, and thus they listened.

“Sneha I do not like the way that girl… Annu stares at you. She has a ‘man’ in her. In a few year’s time you would be eligible for marriage to a real ‘man’ I do not want you to talk with this fake ‘man’.” Her traditional mother would go on for hours in her mother tongue. But Sneha wasn’t perturbed and neither was Annu. Years passed and their equations remained the same. They still walked down from school together and when school had ended they joined the same college. They still had the same love, respect and understanding between them. The world outside had changed: Annu had broken out of her commitment with the man who lived in the neighboring state. She just couldn’t  feel “love” towards him. Sneha was even more beautiful with maturity and age. However her mother had failed to secure a groom for her. Not that she hadn’t received any proposals, proposals came to her door step like pigeons come to handfuls of grains. Yet she couldn’t feel “love” for any.

Another five years down the line, Annu had finished her college and so had Sneha and both wanted to go to the city. The neighbors had now gathered sufficient evidence for the relationship that the two shared. The neighborhood was small so words spread fast, when words spread fast they become rumors, when rumors reaches ears people add a further two to the equation “two plus two”, and when this happened there was resentment towards the pair of friends. Annu was frustrated, she wanted to throw stones, put people on fire , she wanted to act out and rebel.

“But look at what they term us? These liars! Shall they not see the ‘love’ we have the way we do?” Annu cried in anger; she also cried because she had been thrown out of her place.

“We shall go to the city.” Sneha said. And the next week they were in the city. After a month or two of scavenging for jobs, both had gotten a job and also a stable place to stay that they  could now deck up as their “home”. They spent their days together in peace and as they hit thirty people again started wandering about their  orientation.  And again Annu was perturbed.

One evening while the duo sat at the balcony gazing into the world outside like they usually do, an idea occurred to Annu. She caressed Sneha’s cheeks and tried to kiss her lips. But in doing this, she felt repulsion. It was as though all the years of social judgment had gotten to her. Sneha just smiled.

“They got to you. Now do you know what love is?”  Sneha asked as she looked steadily at her childhood friend.

And as Sneha held Annu in her arms, she finally sang the verses of the tune she hummed during childhood:

“Oh, love don’t be so red and beautiful that i want to touch and see,

i don’t believe that a racing heart could ever change my destiny.

oh love be so pure that you know no condition,

if you remind me of gender, then you are alas illusion,

be as accepting as the earth beneath my feet,

stay with me my friend, they don’t have to validate it.

oh my twin soul, a woman or a man;