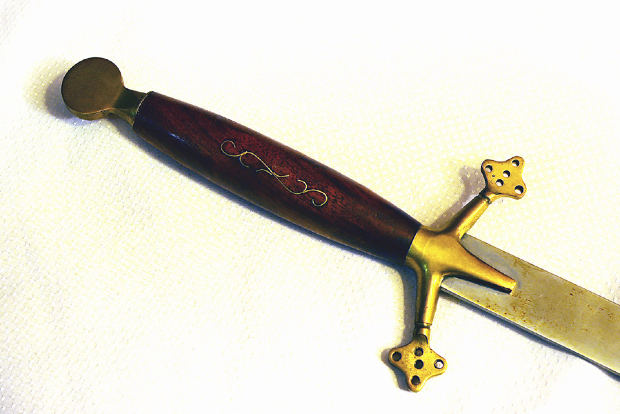 I wrenched my leg from underneath the beast, grunting with effort. The cold night air housed a chilling breeze. It sliced through my open wounds, unrelenting. I attempted to straighten my crumpled wings, and began to move away from my fallen mount. My dragon had been an excellent flyer. He was an Atrumlacerta, bred for the night and the sky. I promised myself I would mourn for him after the war.

For now, I had to survive. I silently moved through the shadows, silver tipped arrows and bodies falling from the sky. I crawled like a spider, my arms and legs propelling me forward. I went over logs and piles of bodies, through thickets and once, the carcass of a dragon whose heart had been blown away. The beast’s blood was still fresh, running like a river as I passed through the body. Its blood mixed with my own and I was grateful for it. It would help to mask my foreign scent. That was one thing to be said about the enemy, they could track anything alive or dead, at least when you were on the ground. That is why my people fight from the air.

We are masters of the sky, emerging from the heavens, we live and play in the clouds. I fluttered my wings, hoping to achieve a small amount of altitude but they were drenched with blood. I moved faster as my frustration mounted, making sure each wound open wide enough to send out searing pain into my body. The fighting became thicker the farther I went. I was coming closer to enemy lines. I stopped myself and hid behind a mound of dead warriors.

One corpse caught my eye. I reached out and grabbed the wrist, turning it over, searching for a Clan-mark. My heart screamed from within as my eyes took in a small dragon curled around the sun. A dear friend was slain. I gently let go and pulled my swords from their sheaths on my back. I steeled myself for the fight. My breathing slowed and my violet eyes sharpened, focusing on a thick stream of enemy fighters coming from the East. I let out a cry of war, a cry of terror, a cry of pain.

Using bodies to propel myself into the air I slashed at anything that moved. I fought the enemy just as I had been taught, seek, rush, stab, slice. Wrench and rip, don’t relent, never think to see if they are your own. A warrior of your own kind will know how to stay away from your kill. Never forget, the war will not be won unless you end it.